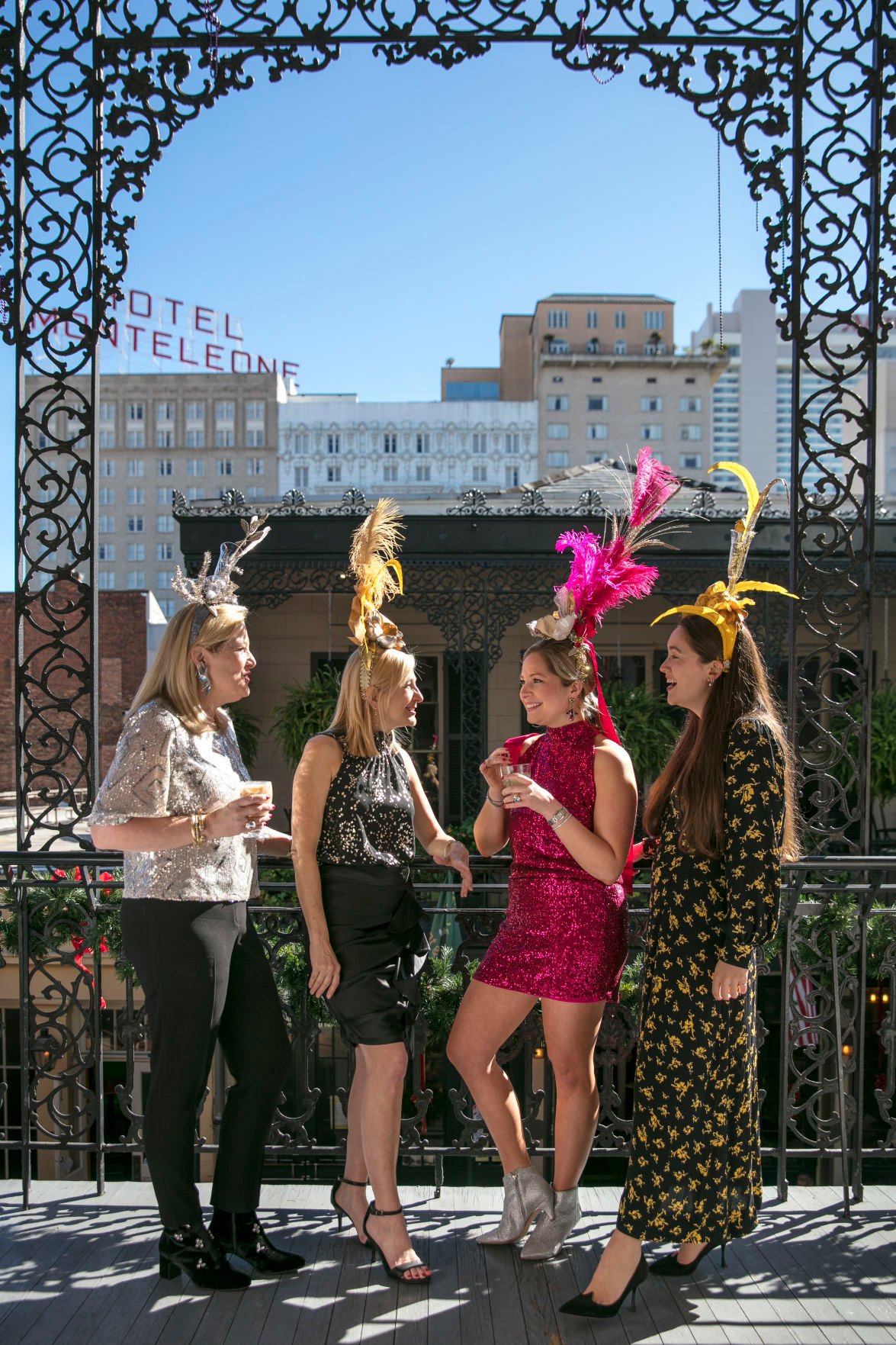 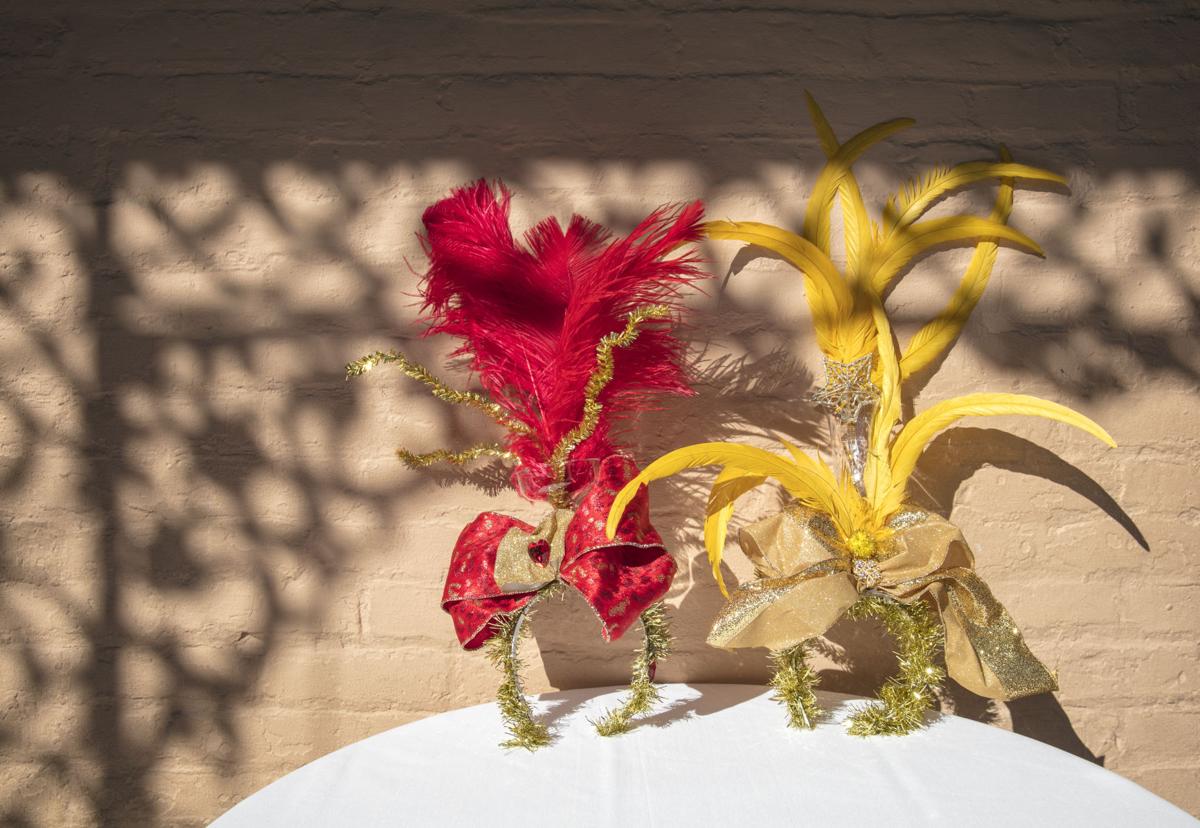 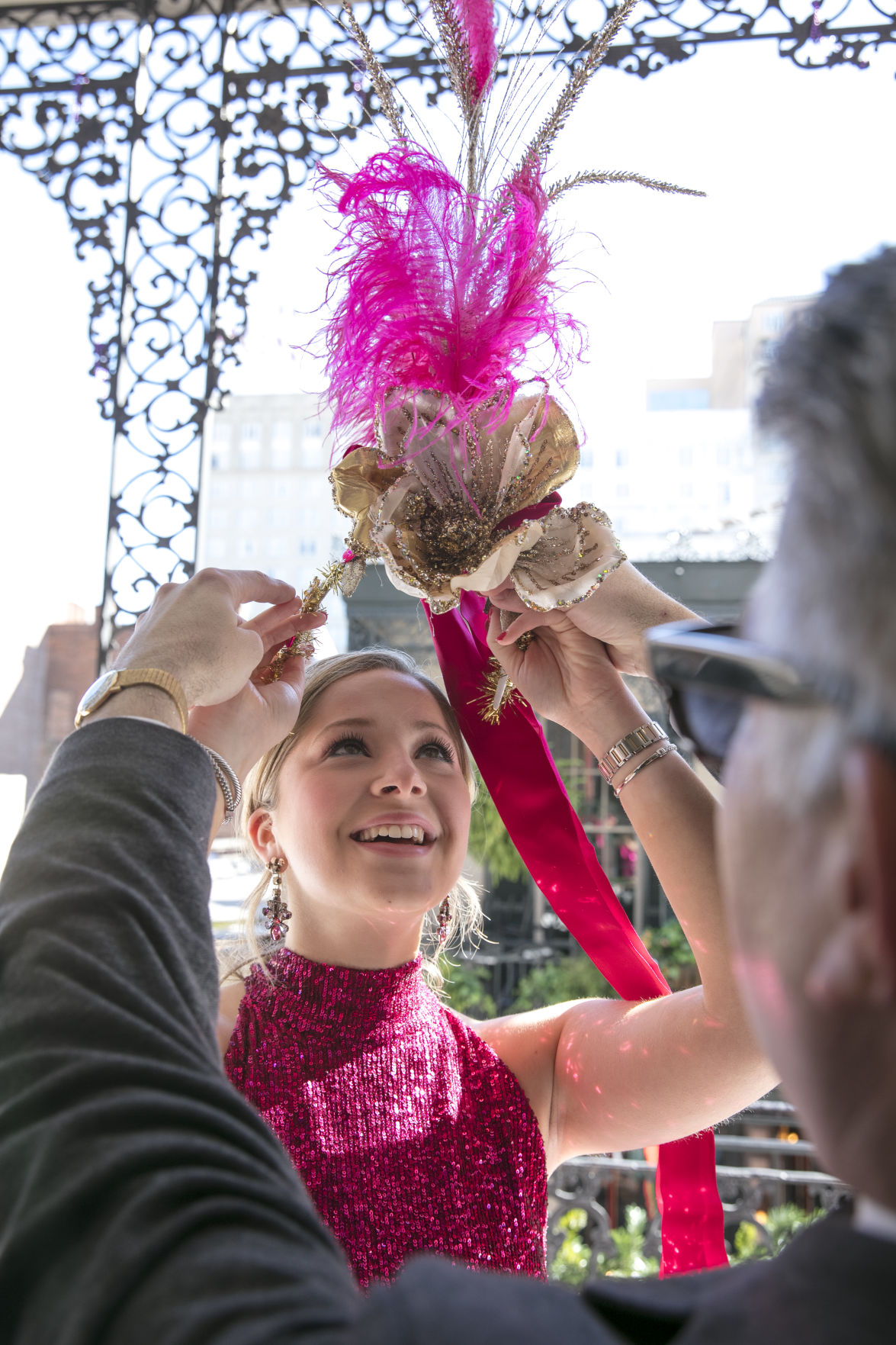 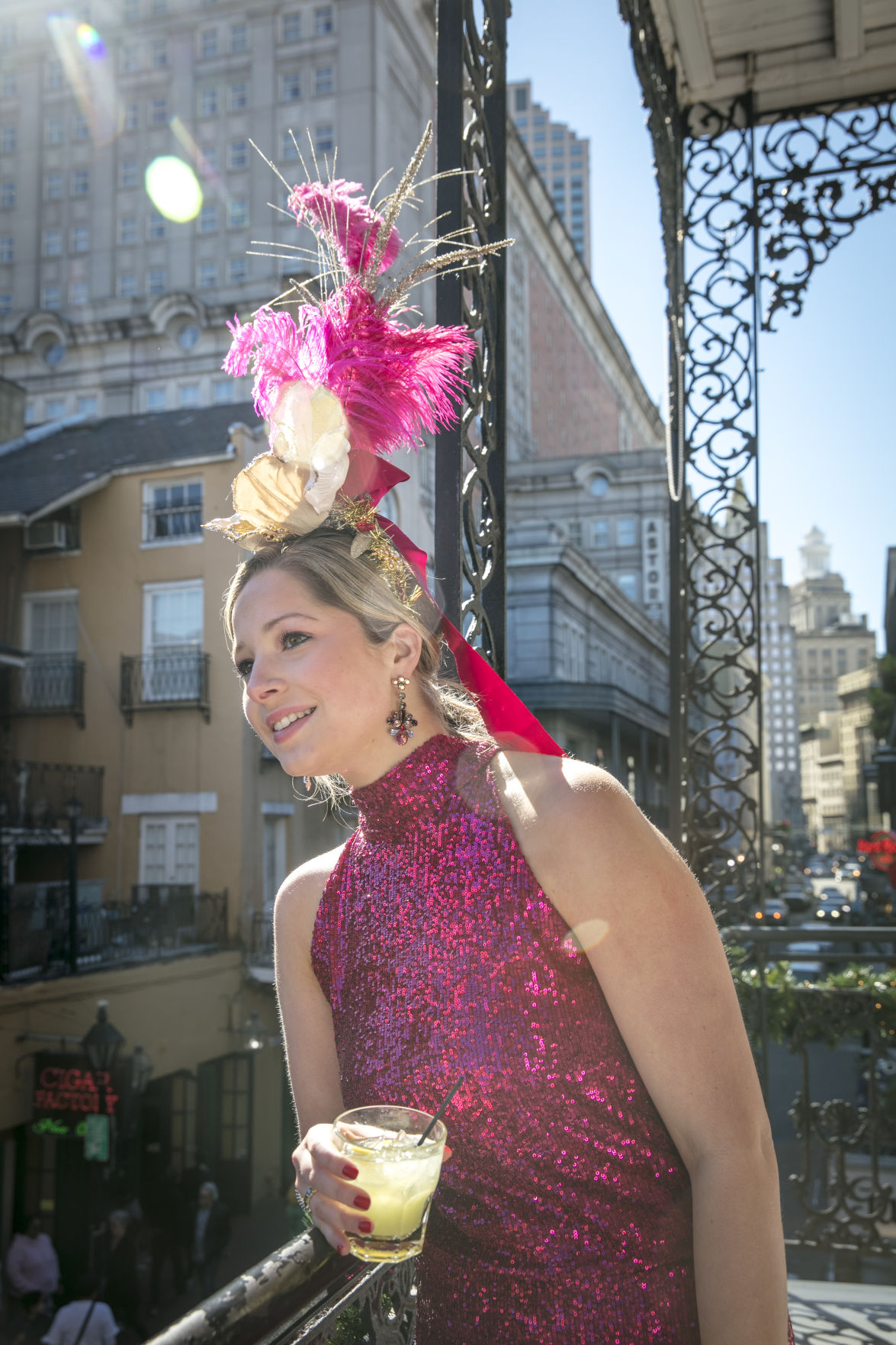 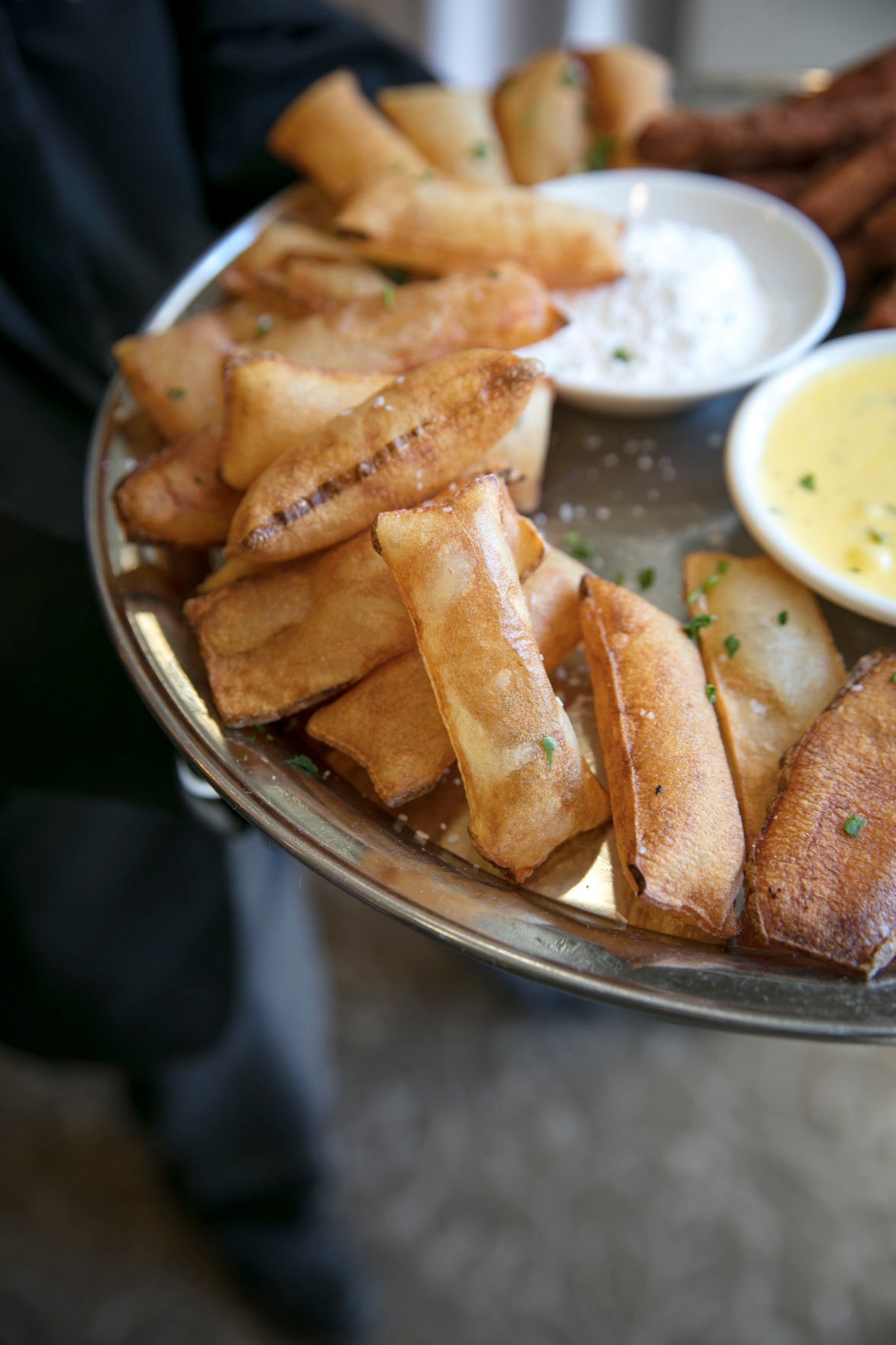 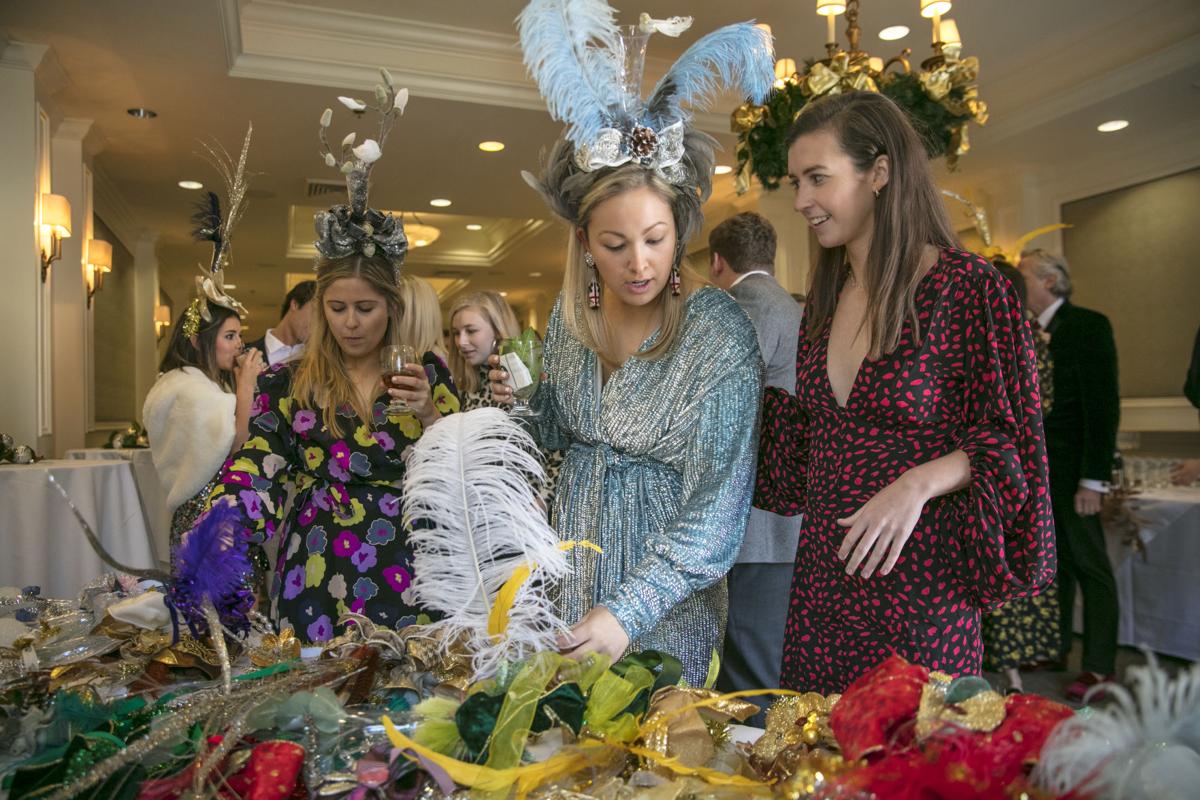 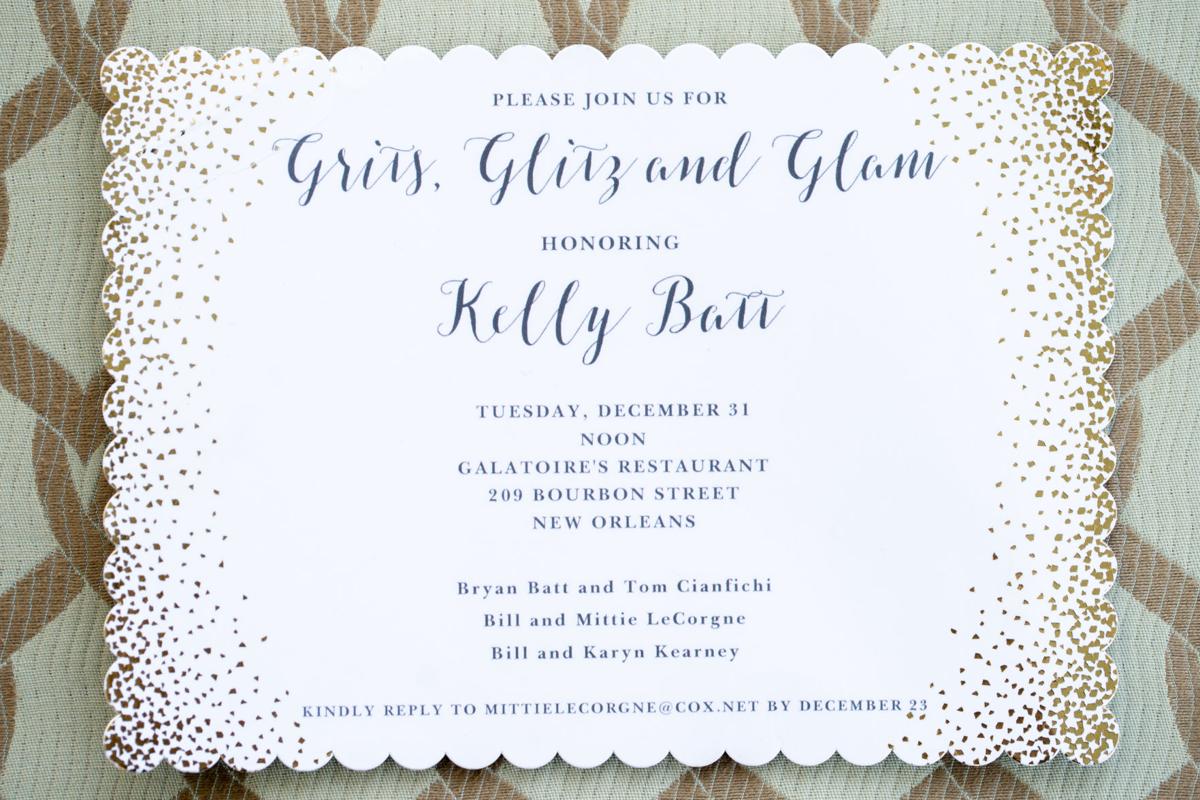 One of Kelly’s favorite parties of the season was the New Year’s Eve brunch held in her honor at Galatoire’s. I have to say, it was one of my favorites too. It was simple, relaxed, and personal. There was something extremely festive about enjoying a French Quarter balcony on a sparkling New Year’s Eve day, when normally my focus would be only about the big night ahead. And I wasn't alone in welcoming a laid-back party at the end of the busy holiday season. I know that Kelly enjoyed the breather and the quality time with high school friends, who she doesn’t get to see as often now that they are all off to college.

The party was a fun time with family and friends. Happy vibes, perfect weather, and dancing with my dad as the band played Hey! Baby. That’s a sweet memory I will always have.

The highlight of the brunch was the array of head turning head pieces made by Bryan. “The glittery hats were Uncle B’s idea,” says Kelly. “He is so talented. The glitz and glam headpieces he made were the talk of the day. Bailey helped coordinate the hats with each girl’s dress. It made the party all the more unique and special. Where else would this ever happen, but New Orleans?” I have to agree. It’s a town that treasures all things glitzy and we don’t take ourselves too seriously. Some of the best and most enjoyable parties celebrate our hometown, complete with fanciful homemade quirk. These headpieces definitely brought it. Creations of leftover Christmas tinsel, wacky pipe cleaners, and feathers in every hue were ice breakers, conversation starters, and party favors all rolled into one. I had to move fast to get the hat I wanted, but I’m not going to name names. What goes on at Galatoire’s stays at Galatoire’s.

On the menu were the restaurant’s famous soufflé potatoes and a grits bar with an assortment of toppings such as cheese, grillades, and shrimp. Libations included bloody marys, milk punch, and a signature cocktail called “Kelly Bird,” a play on the Yellow Bird cocktail that she loves.

Pommes de terre soufflés are essentially fancy french fries. The recipe, created in France during the 1800s, has been a mainstay at Galatoire’s since the restaurant's beginning. These puffed up potatoes, served with a traditional béarnaise sauce or confectioners’ sugar, are a signature New Orleans dish.

The lively brunch featured a jazz band and a second line, and guests tossed beads to passersby from the balcony. Regular New Orleans things. But as Kelly says best, “This can’t be experienced anywhere else. Tradition and culture mean so much to the city. I’ve learned that even more this year. New Orleans is truly special.”

This story appeared in the Spring 2020 Issue of Adore Magazine.