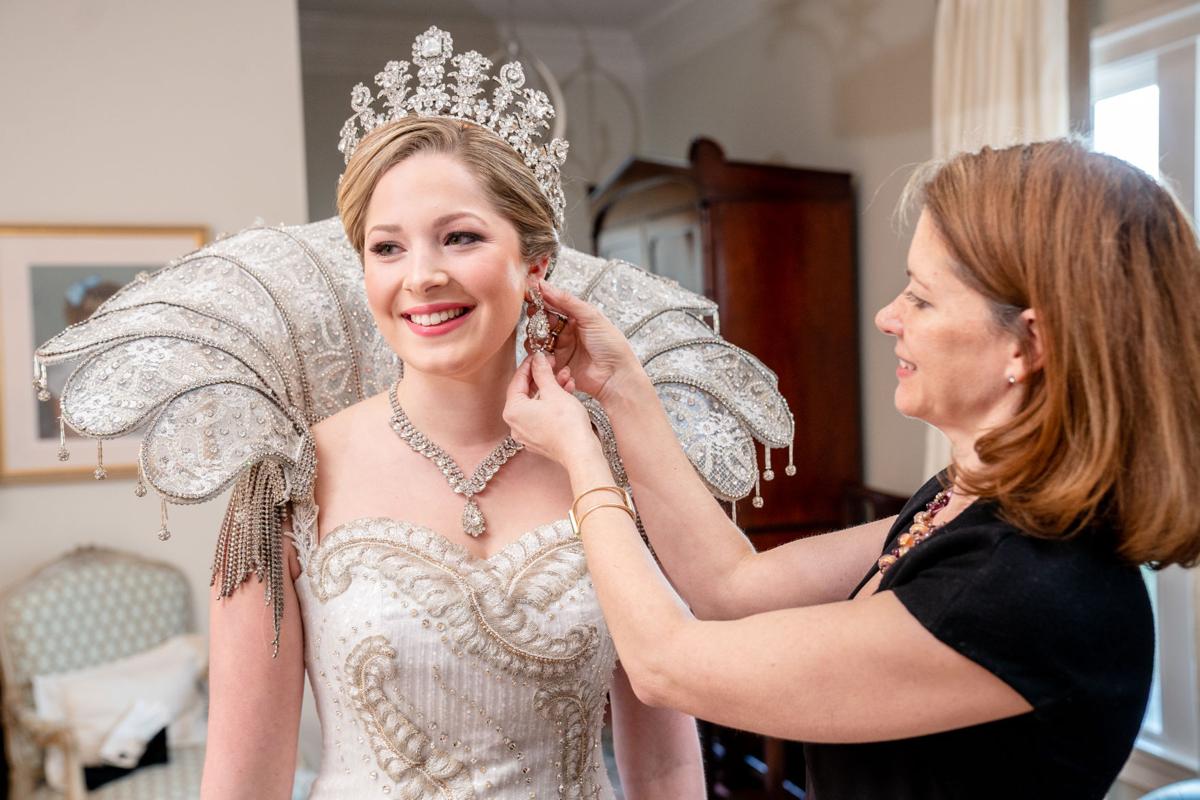 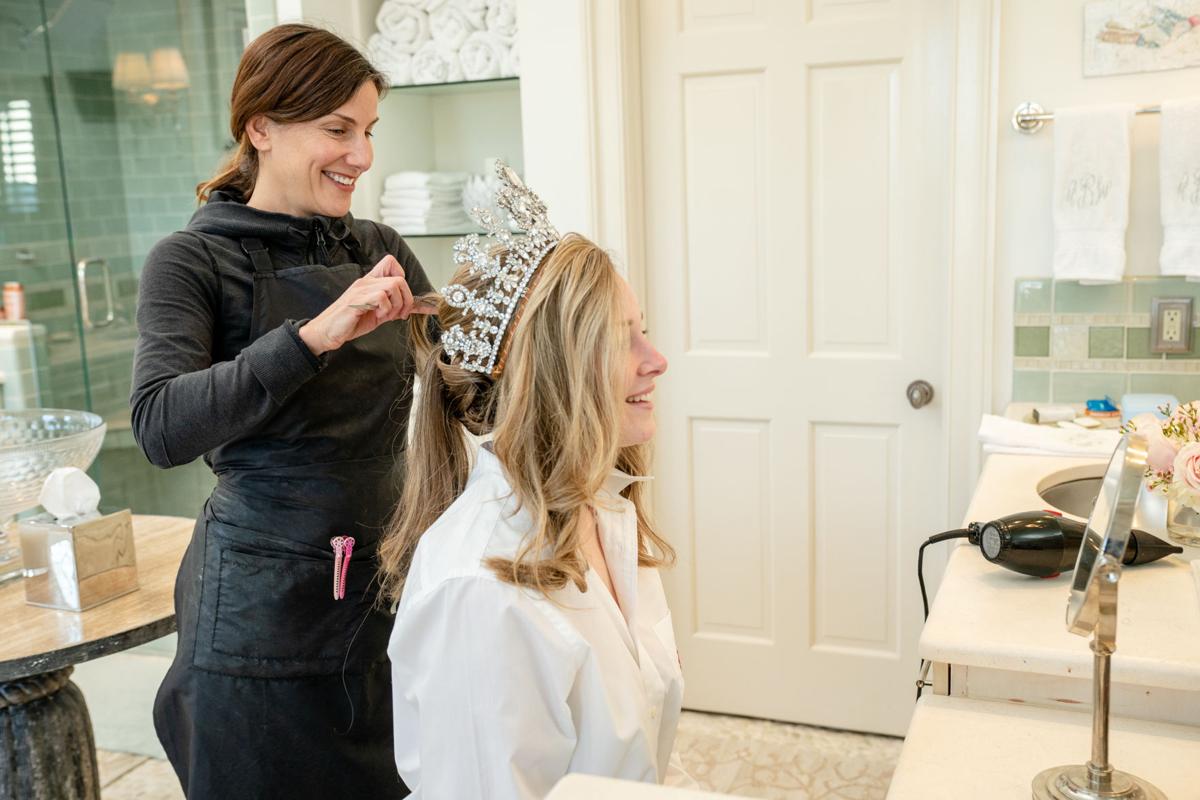 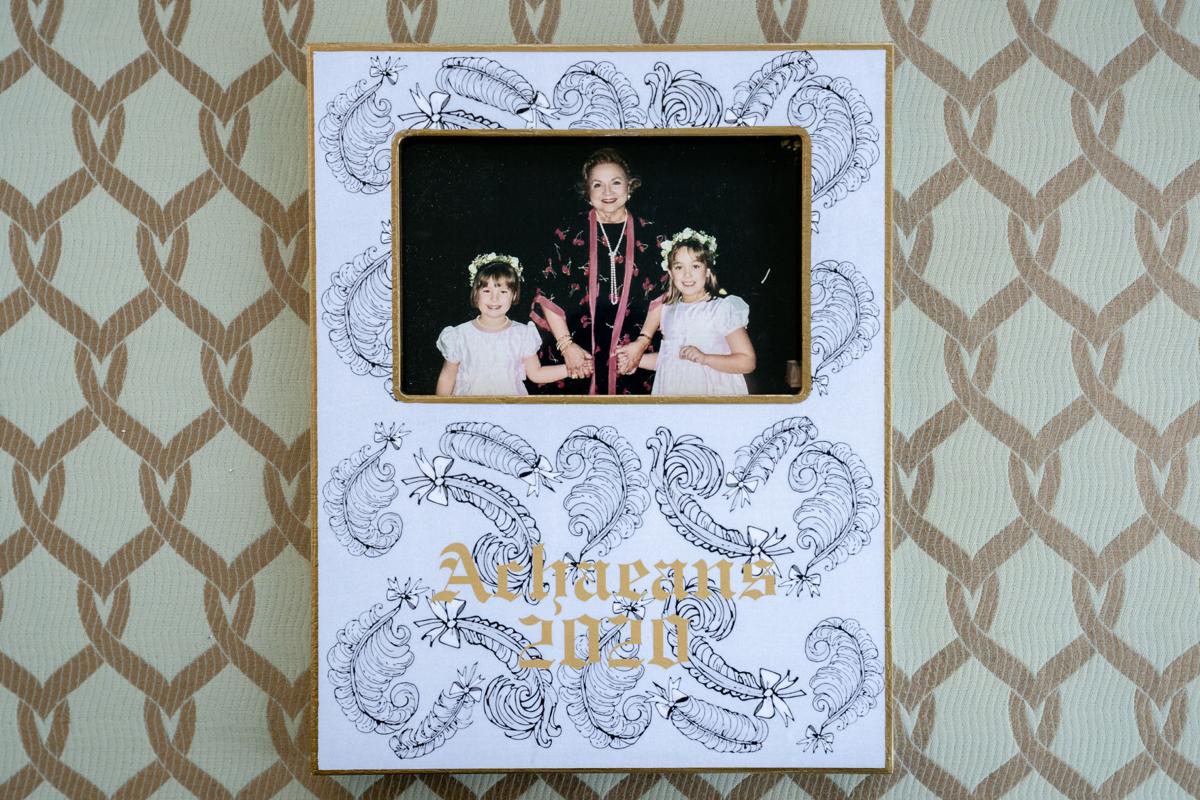 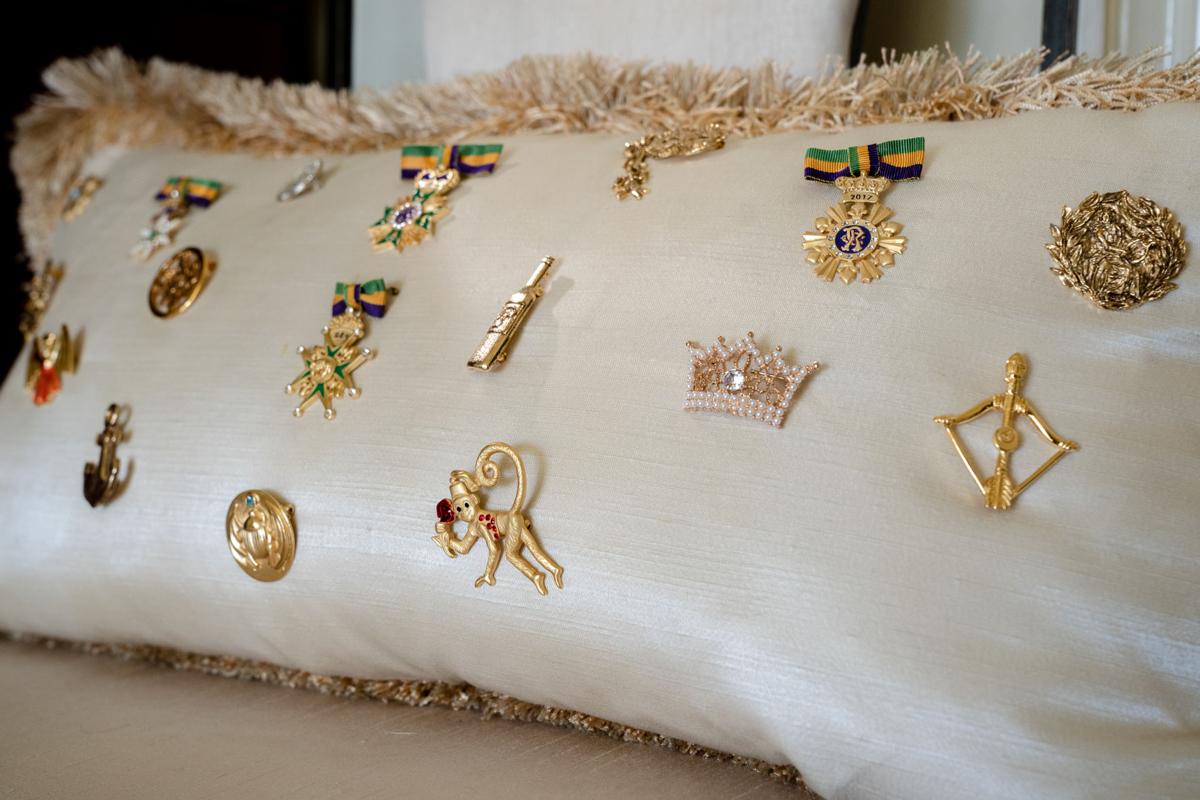 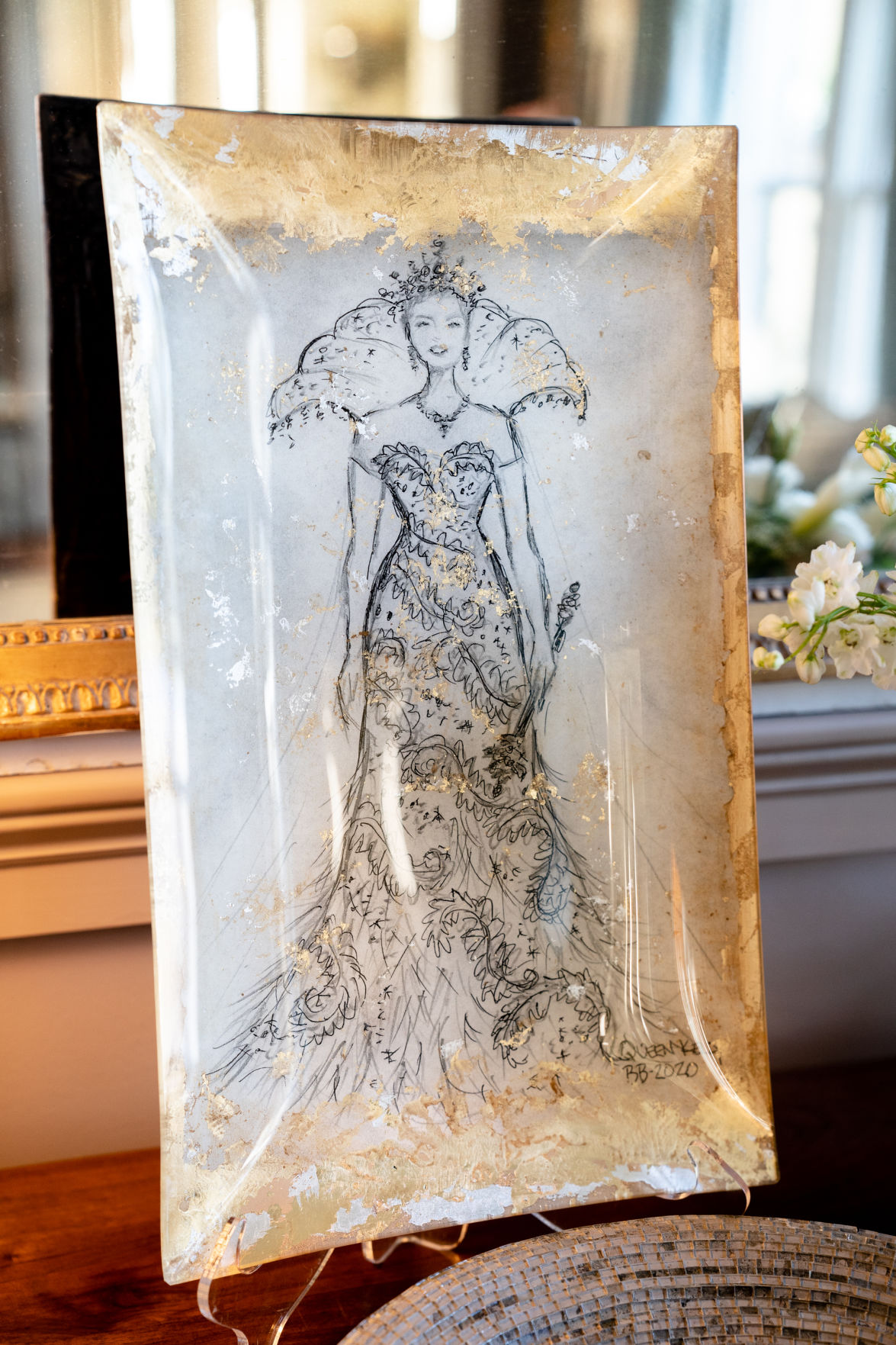 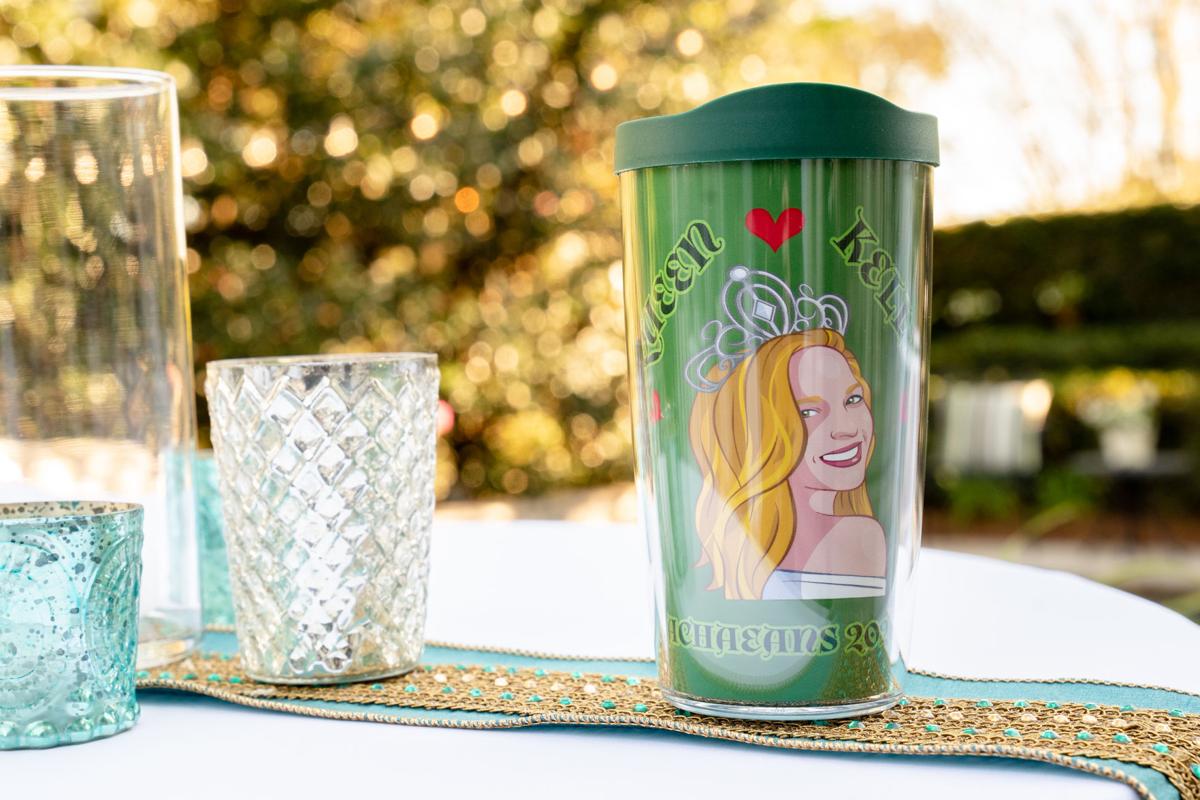 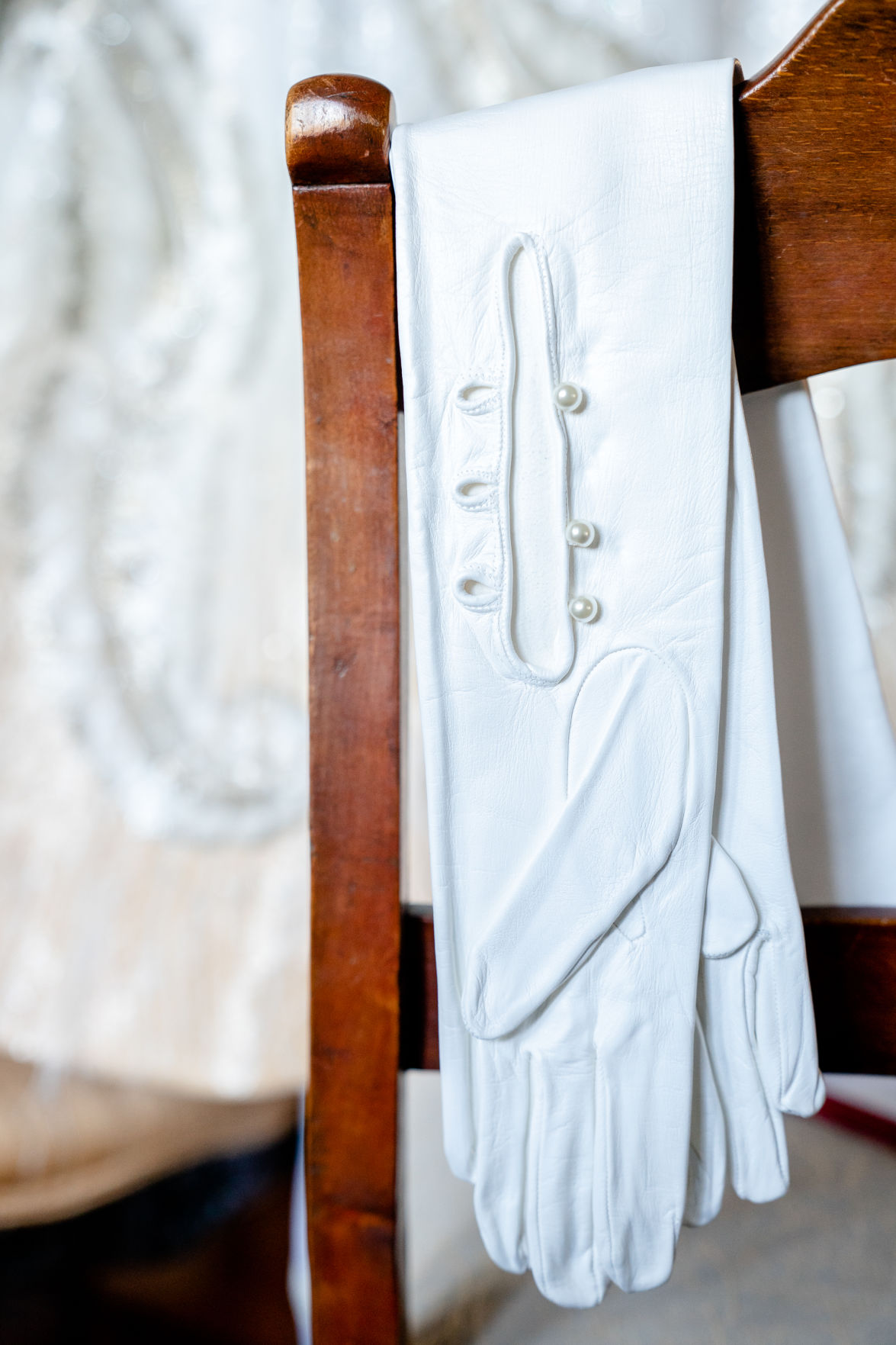 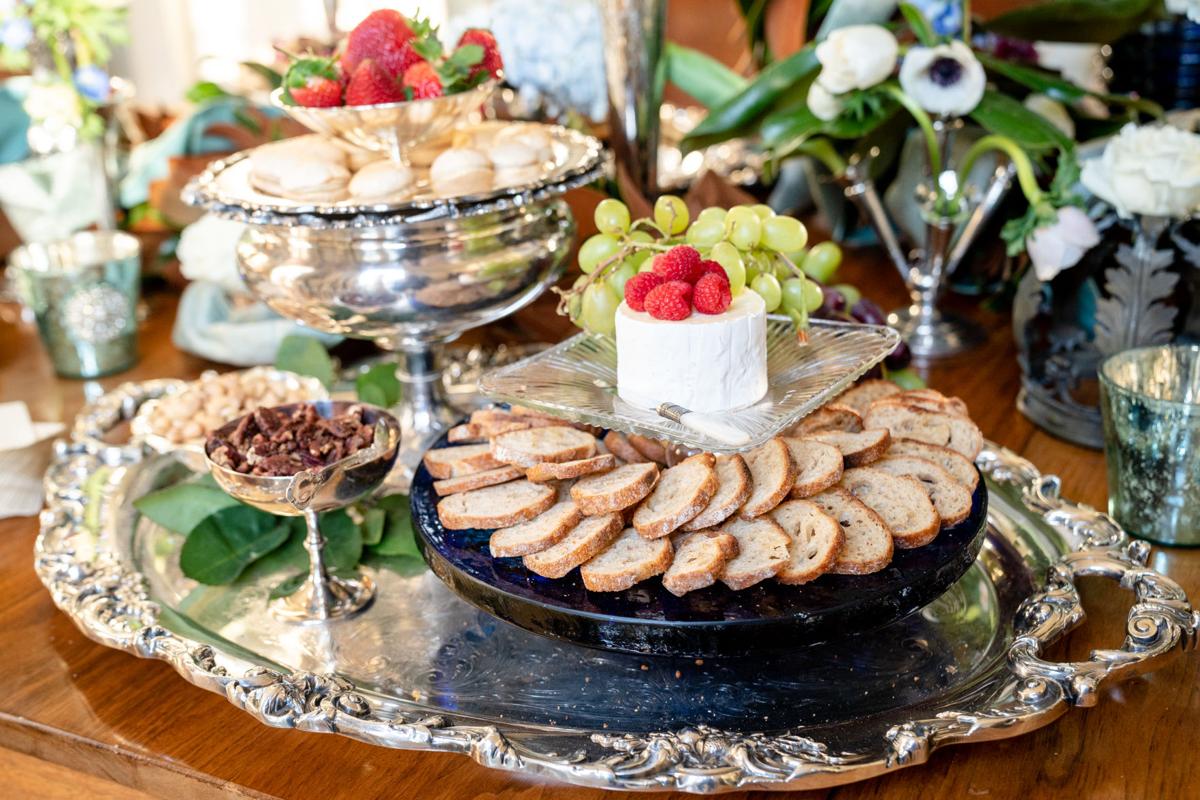 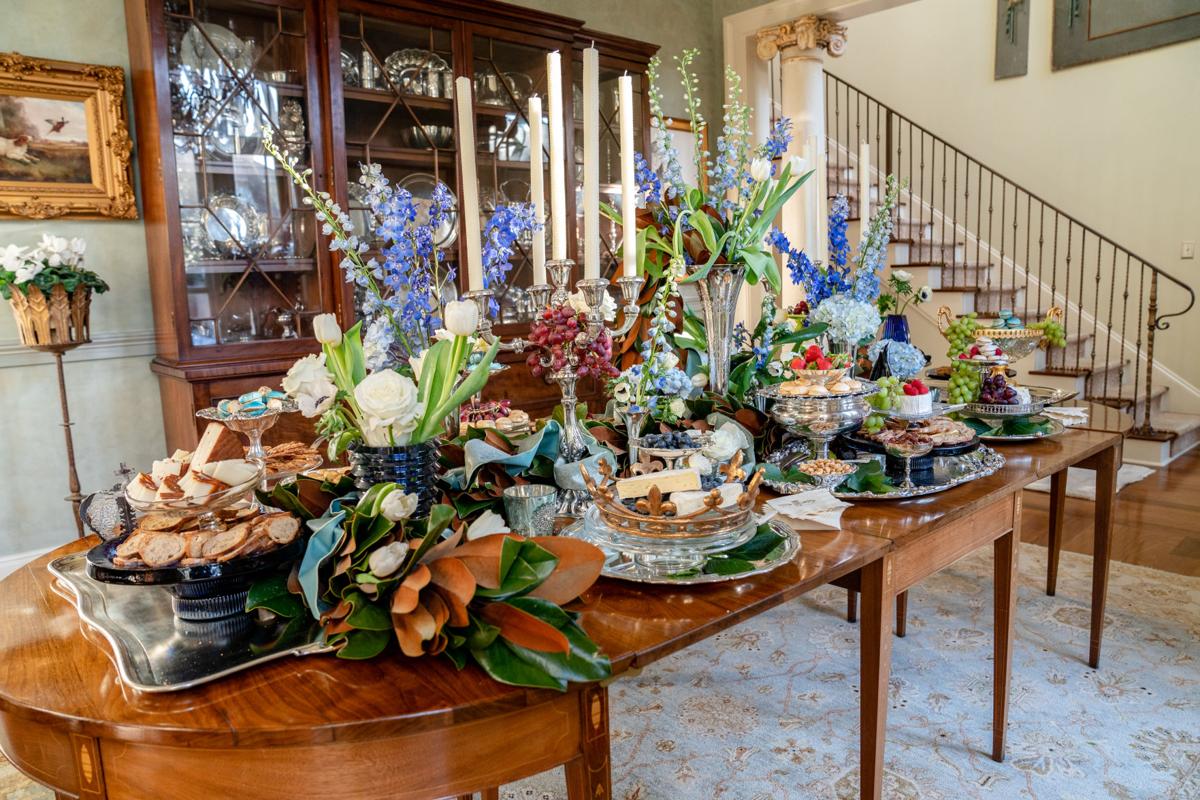 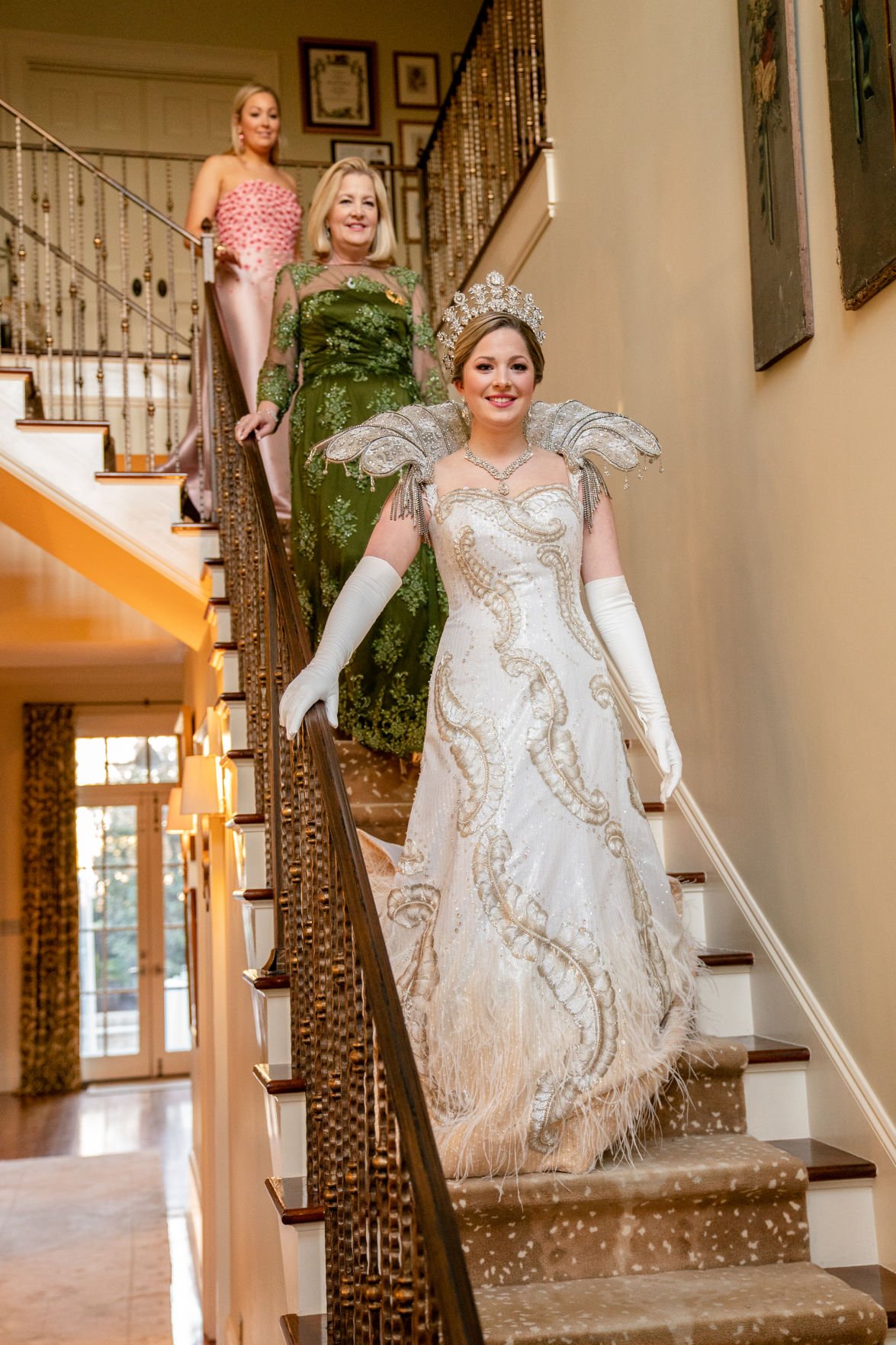 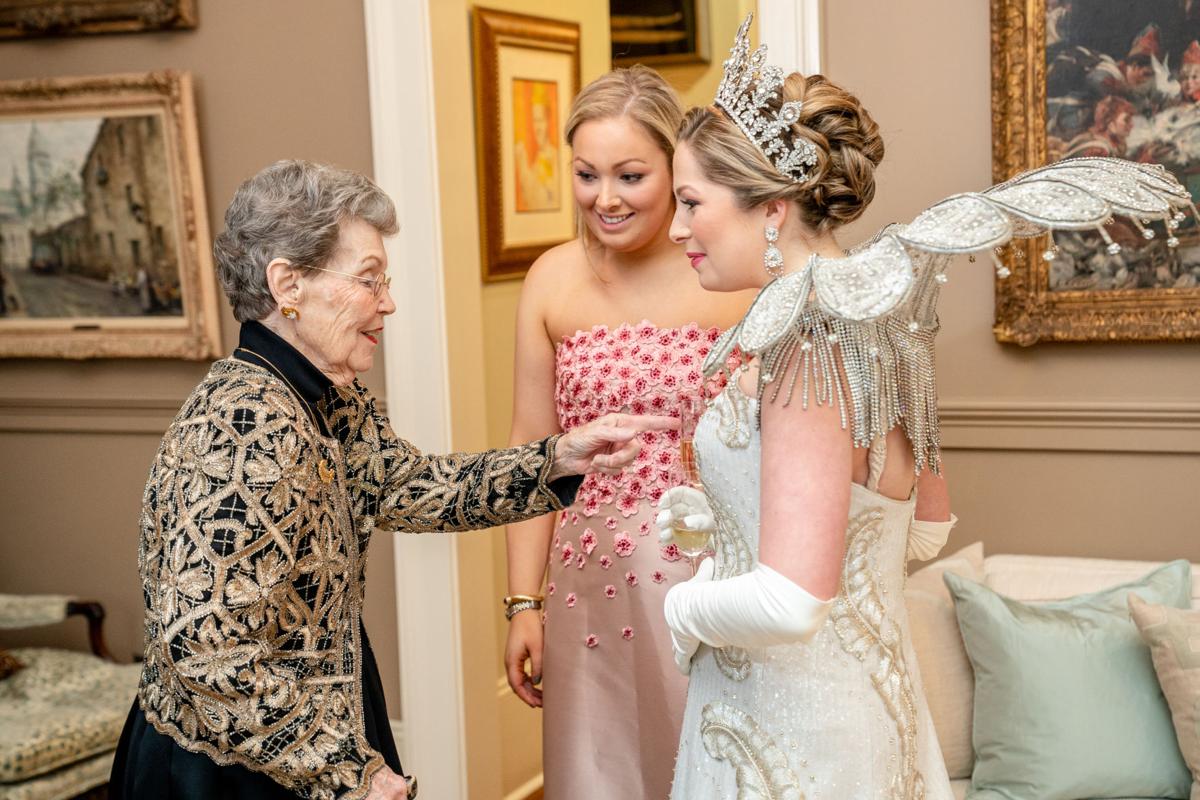 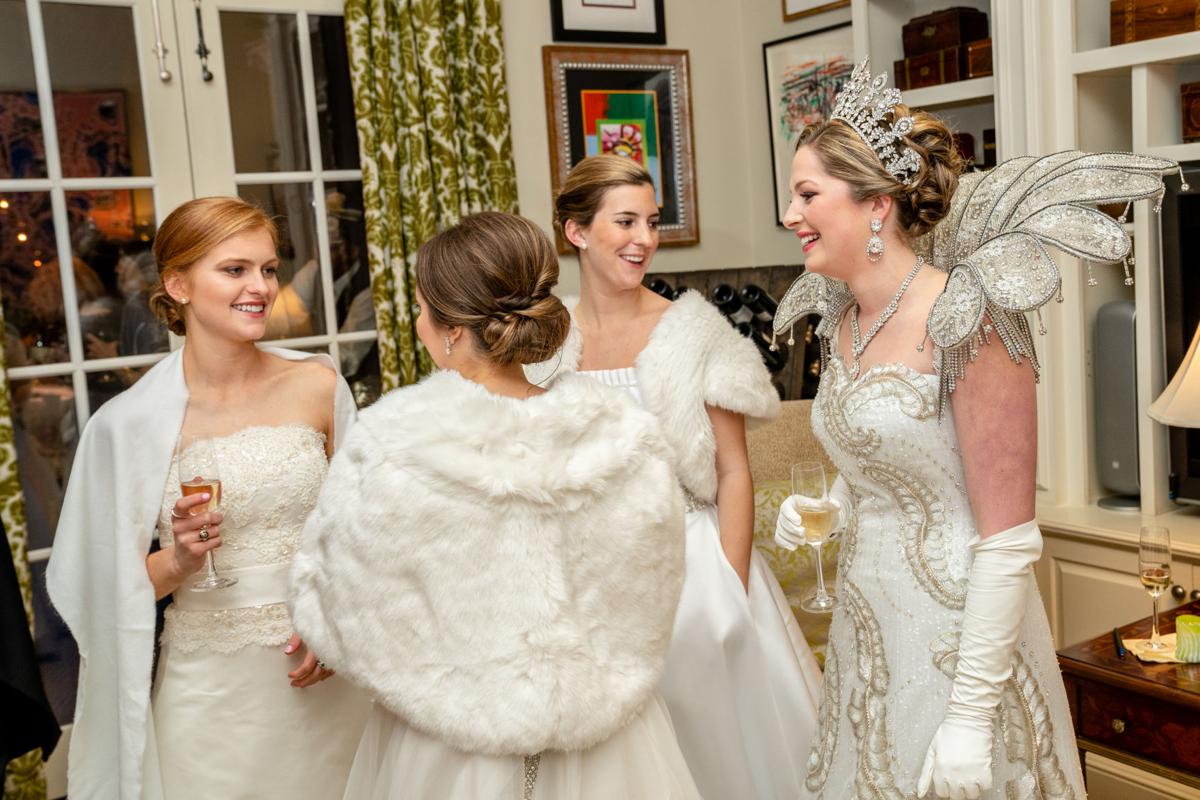 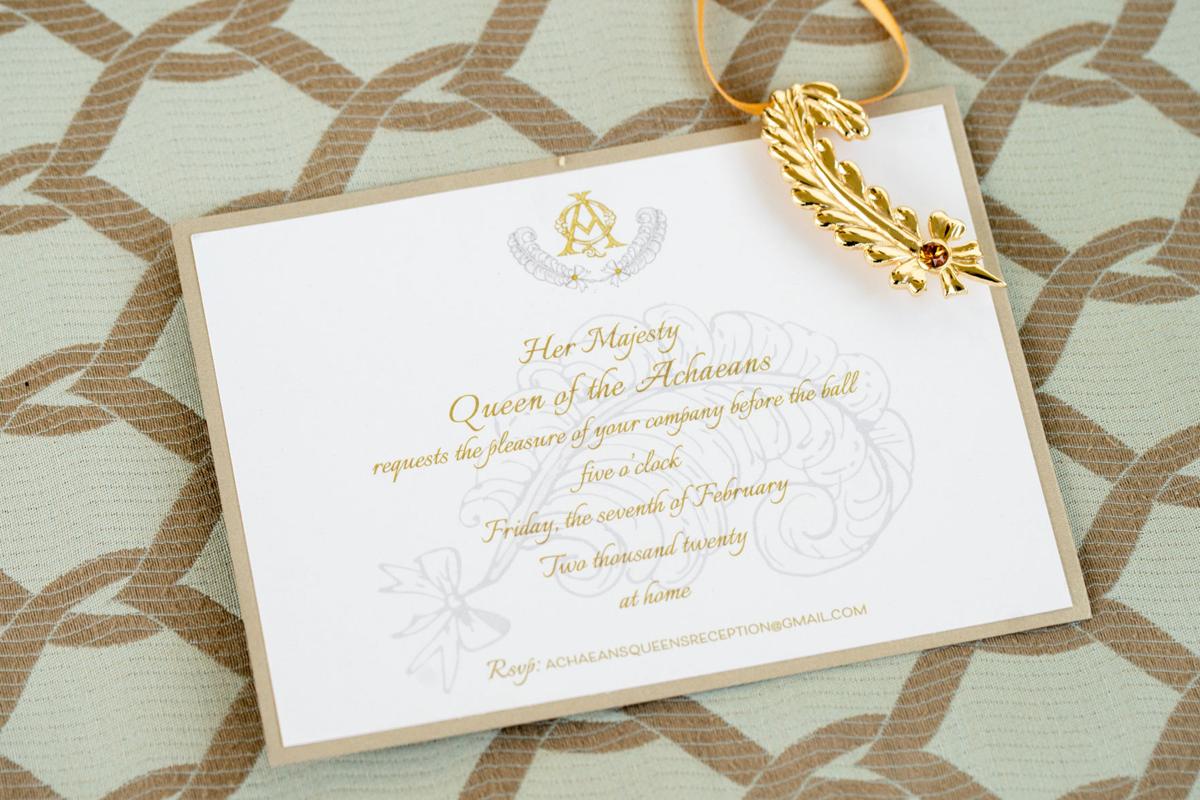 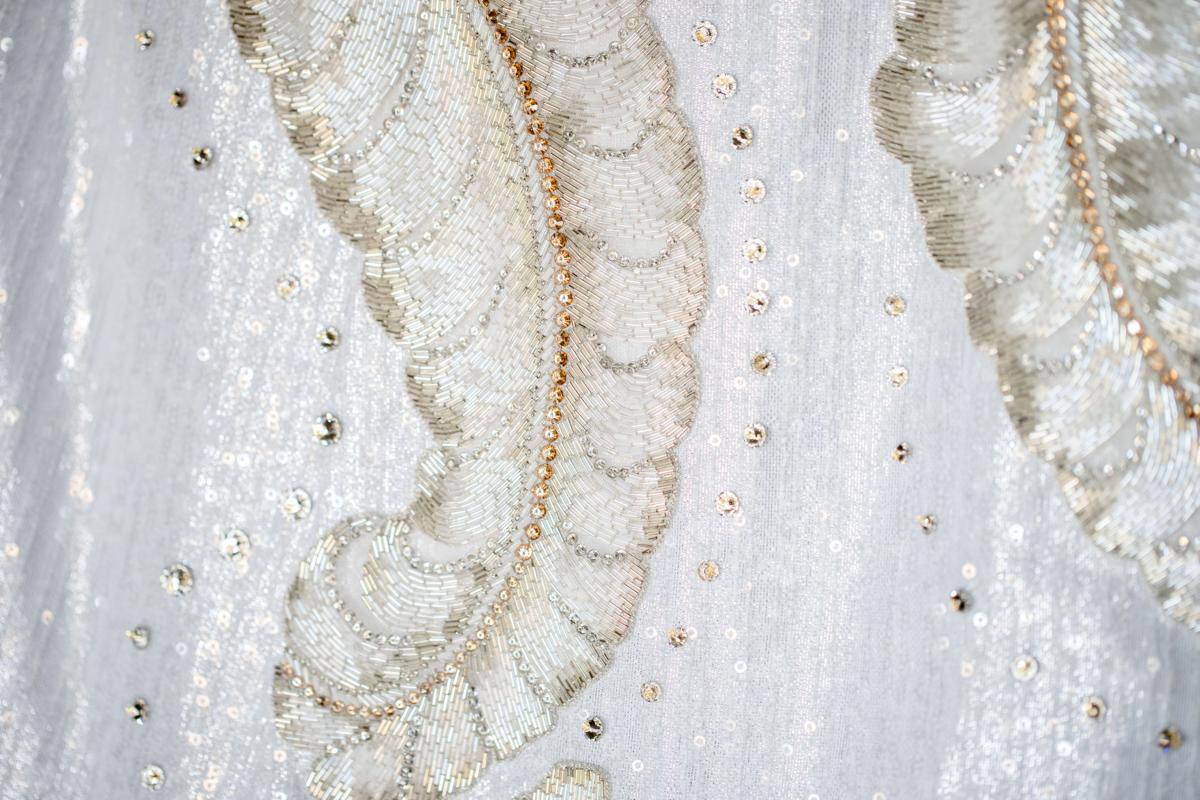 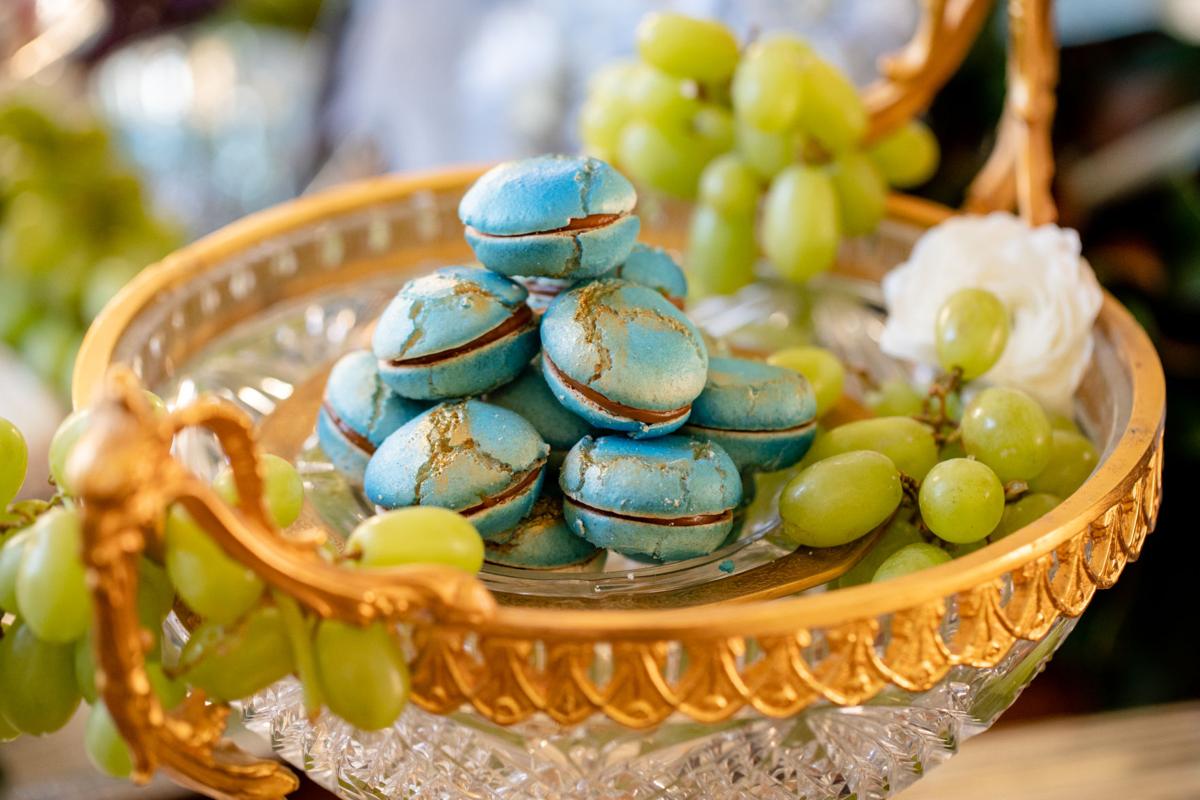 The queen’s at-home reception before the ball has always been my favorite event. It’s where my two worlds would often meet: my party planning job had me bustling about making sure that everything went off without a hitch and the dress designers that I worked for would be on hand to dress the queen. I couldn’t wait to go behind the scenes at Jay and Andrée’s beautiful home the day of The Achaeans ball.

I definitely had insight from my sister about what the year would be like. But this went beyond my expectations. The entire year was so much fun and I appreciate New Orleans and all of its traditions even more than I already did.

For Kelly’s party, Andrée hired Patti Constantin to design and cater the event. “Patti is just so creative,” she explains. “It’s food art. After going over the basics such as color and theme, I give her free reign. It’s fun watching what she creates.” It sure was! I arrived early to watch Patti and her team cart in magnolia branches and fresh flowers along with all of the food planned for the main dining room table. She had some serveware with her, but her unique talent is creating custom tablescapes by using the client’s own silver and decorative objects. I giggled when I saw her on a step ladder rooting around through Jay and Andrée’s cabinets. And just as the first guests were arriving, Patti put finishing touches on a stunning array of artisanal breads and cheeses, fresh fruit and roasted nuts, and lace cookies and white chocolate truffles. The aqua and gold-leafed macarons were the pièce de résistance.

By mid-afternoon, it was time for hair and makeup. We sipped a little champagne as Stephanie Gaylord transformed Kelly’s long blown out tresses into an intricate updo. Knowing her as well as I do, I knew that Kelly was pleased with this regal hairdo. It was formal for sure, but it also had just the right amount of kick and playfulness in its volume.

I loved spending so much time with my family doing such creative things. It was exciting to come home from college to do things that only go on here.

And before we knew it, Suzanne had arrived with the dress. Kelly was dazzling in her gown. Truly dazzling. The soft silver fabric was overlaid with tulle embroidered with shimmery paillettes and the beaded feather appliqués seem to float to the ground. Suzanne had ombré-dyed the hem of the dress and attached each feathery ostrich plume by hand. Try as I might, I can’t imagine ever having the courage to dip this delicate fabric in dye. Since the last fitting, Swarovski crystals had been added to the dress, delicately outlining each appliqué. I loved this whimsical touch.

At the ball, it looked like Kelly was gliding across the dance floor. When the light hit the bottom of the dress, it was truly spectacular.

While I was in Italy last year, I found my pair of opera length kid gloves. It was fun to hunt for something so formal and traditional in cities with so much fashion. I’ll have them forever.

Of course, there was royal jewelry. Kelly wanted to wear the crown that her sister wore as queen of Athenians in order to start a family tradition. Moans Couture, the New York jeweler that designed the crown, simply replaced the original aqua center stone with a clear one and Kelly was good to go.

I definitely had insight from my sister about what the year would be like. But this went beyond my expectations. The entire year was so much fun and I appreciate New Orleans and all of its traditions even more than I already did.

Moans also designed the plume-inspired necklace and pear-shaped drop earrings. Just as it was time to head downstairs to start receiving guests, Kelly darted into her bathroom for “one last thing.” I knew exactly what she was doing. Referencing her late paternal grandmother, she said “I’m putting on Mimi’s favorite perfume. That way she’ll be with me all night.”

This reception is just for women and allows guests to visit with the queen in a more intimate setting. Hors d'oeuvres such as fried Des Allemands catfish and beef tenderloin bites were passed as Kelly greeted a steady stream of guests. The little girls from next door that Kelly babysits were priceless in their party finery as they chatted with her majesty. I loved Bailey’s strapless petal pink ball gown made by Lizzie Allen Hotard of Elizabeth Allen Bespoke and was equally excited to see a new young designer on the fashion scene. Caroline Kavanaugh, Campbell Drennan, Lindsey Gibert, Mignon Daly, Charlotte Friend, and Helen Mason were beautiful maids in the court, each with their own unique takes on sparkling ball attire.

The Queen’s personal ball favor, a gold pin in the shape of a quill, decorated frames for her court, and Bryan’s rendering of her dress on a decoupage tray were all part of the plume boom. At the Queen’s Supper, friends went home with Kelly green Tervis tumblers to commemorate the occasion.

And just like that, the limousines arrived to whisk the debutantes and their mothers off to the ball and tableau. The magical evening was capped with dancing and merriment at the Queen’s Supper. This marked the end of my behind the scenes look at Kelly’s carnival revelry, but not the end of my enthusiasm for the history and future of couture dressmaking and creative party design. In a city that honors food, music, tradition, and celebrations, New Orleans is teeming with talent like never before! Laissez le bon temps rouler.

This article appeared in the Spring 2020 Issue of Adore Magazine.