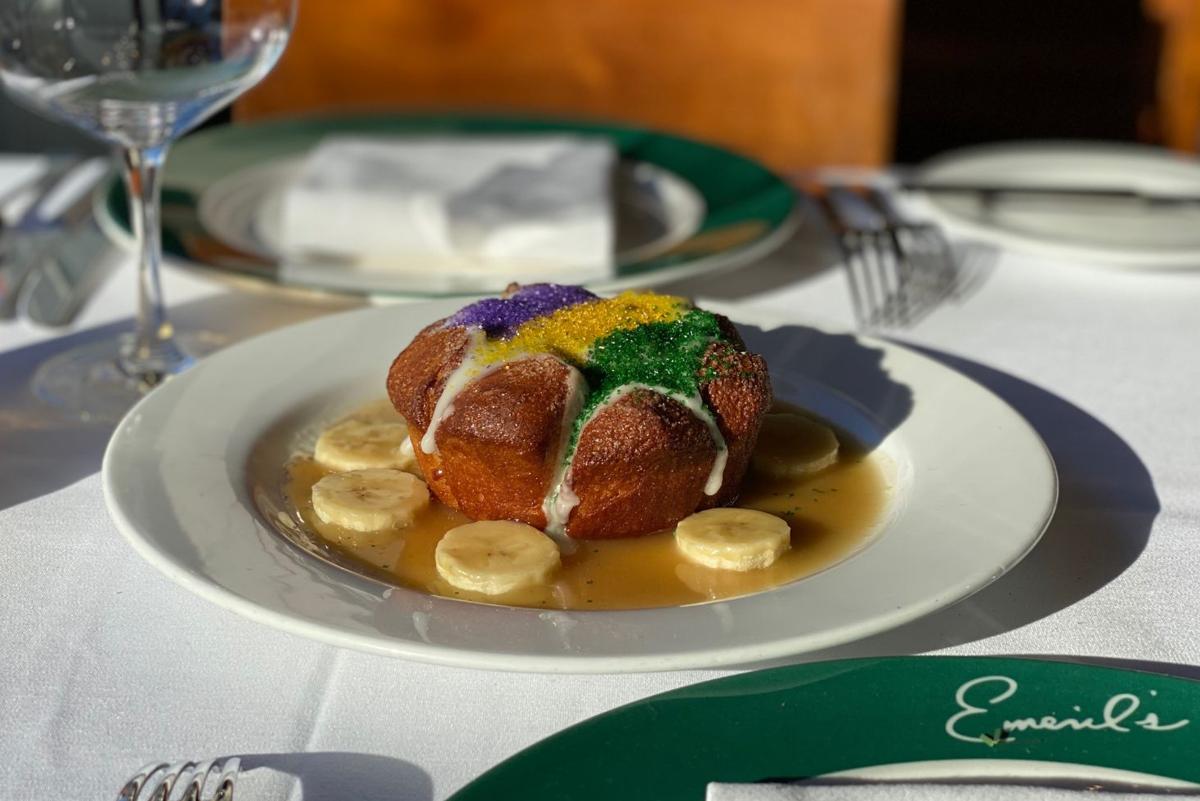 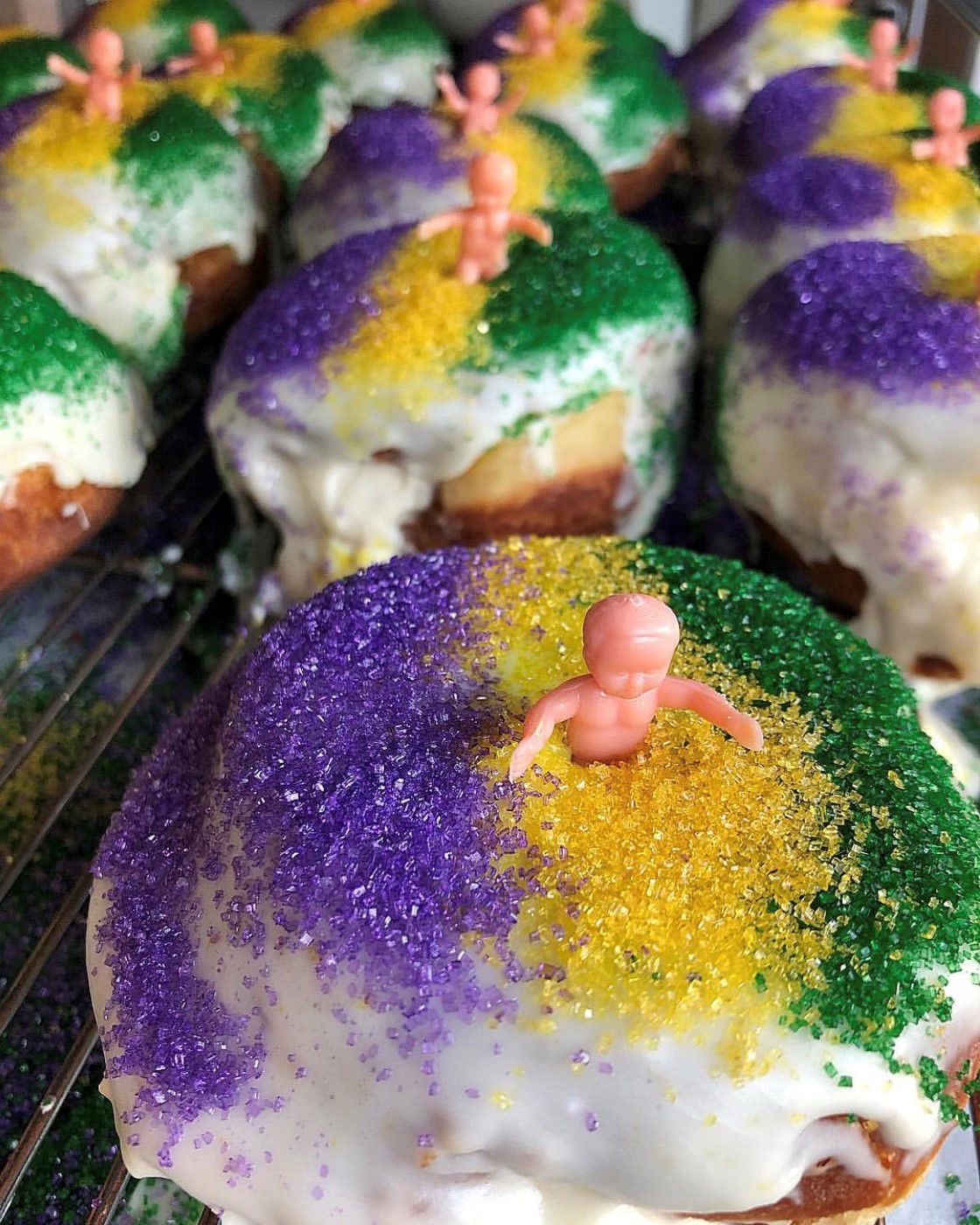 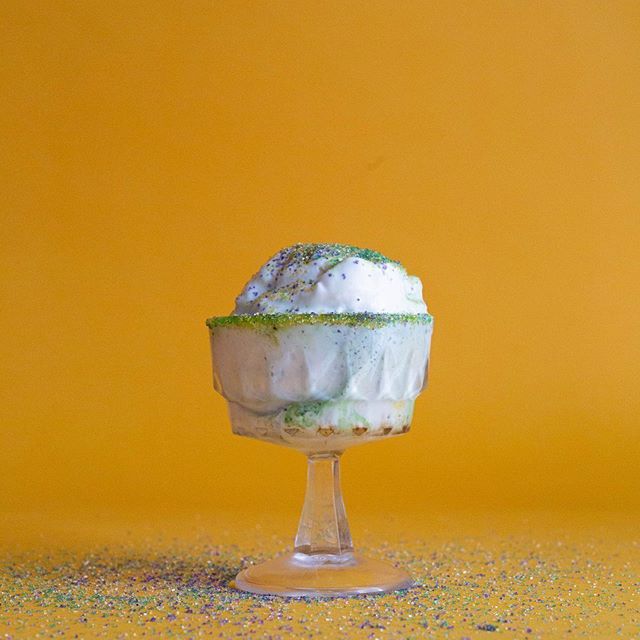 Mardi Gras is traditionally an indulgent time. Instead of resisting the abundance of King Cake and celebrations, we're enjoying the ride (and vowing to do better in March). In the spirit of more is more, these New Orleans spots are offering more than your average cake this season. From festive cocktails to King Cake inspired baked goods, there is truly an option for every type of sweet tooth.

If you like your beignets to be filled, you're in luck. Bakery Bar is serving their photogenic whipped cream cheese-stuffed King Cake Beignets throughout Carnival season.

Pastry chef and bakery owner Beth Biundo is offering many Mardi Gras-themed delights! Her King Cake Ice Cream Sandwich is bound to be a hit, as well as her pound cake and famous sugar cookies.

The restaurant is celebrating the season by offering their classic Mardi Gras Sidecar cocktail. Complete with beads, the drink is made with fresh lemon juice, brandy, Cointreau, and a lemon twist.

This New Orleans eatery is offering two variations of King Cake. The old school version is a throwback to simple brioche cakes, while the new school is more croissant-style. Both are delicious and are available to pick up in-store or order online from anywhere in the Continental U.S. throughout the season. They'll also be serving their popular King Cake Donuts!

Every day until Mardi Gras Day, Emeril's will offer their King Cake Monkey Bread. Dreamt up by pastry chef Jeremy Fogg, each monkey bread is baked to order and served hot from the oven. Flavors will change weekly!

This Mid City BBQ restaurant is known for their over the top milkshake creations. Their seasonal King Cake Shake is no exception!

Jewel of the South

This French Quarter bar has created an entire menu dedicated to the holiday. A few libations worth mentioning are Carnival Time, which was created by Nick Detrich and is a mixture of Herbsait, lemon, and Orgeat served over cobbled ice and garnished with a mint bouquet, and Lord of Misrule which contains Cocchi Rosa, Aperol Honey, Comte de Lafayette, and lime juice (it was named by Bacchus and the Saturnalia celebration).

This Uptown bakery is offering plenty of options this season. Alongside their classic King Cakes (which come in cinnamon, chocolate, and apple almond flavors), they are offering Galette Des Rois (the French king cake), a Pretzel King Cake (served with a side of mustard), and other desserts like cheesecake and pastries.

If ice cream is more your speed, this shop inside Hotel Peter & Paul is worth a visit. They are offering Queen Cake Ice Cream this season, which is made in a Philadelphia style of ice cream, which brings forward the cinnamon, cream cheese, and pastry filled base. Cream cheese frosting (house made, of course) and green, purple, and gold sprinkles are added towards the end of churning. This treat is available throughout Carnival season.