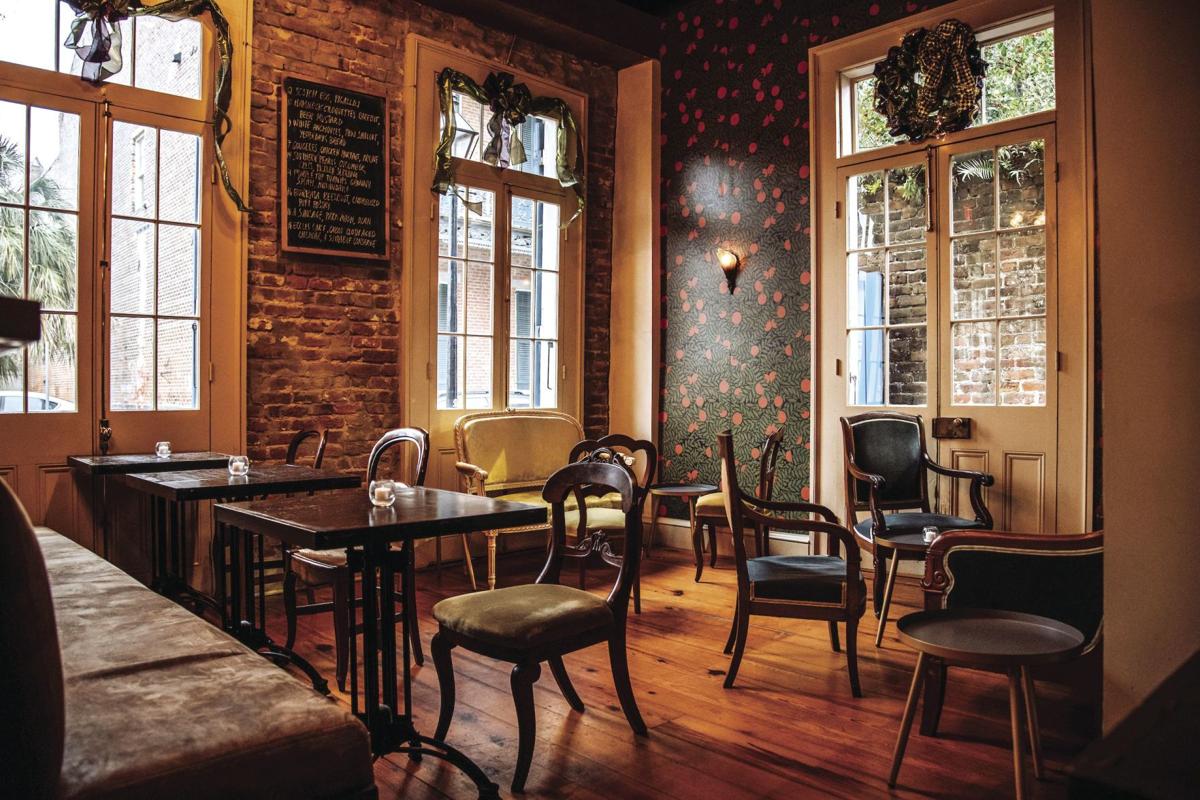 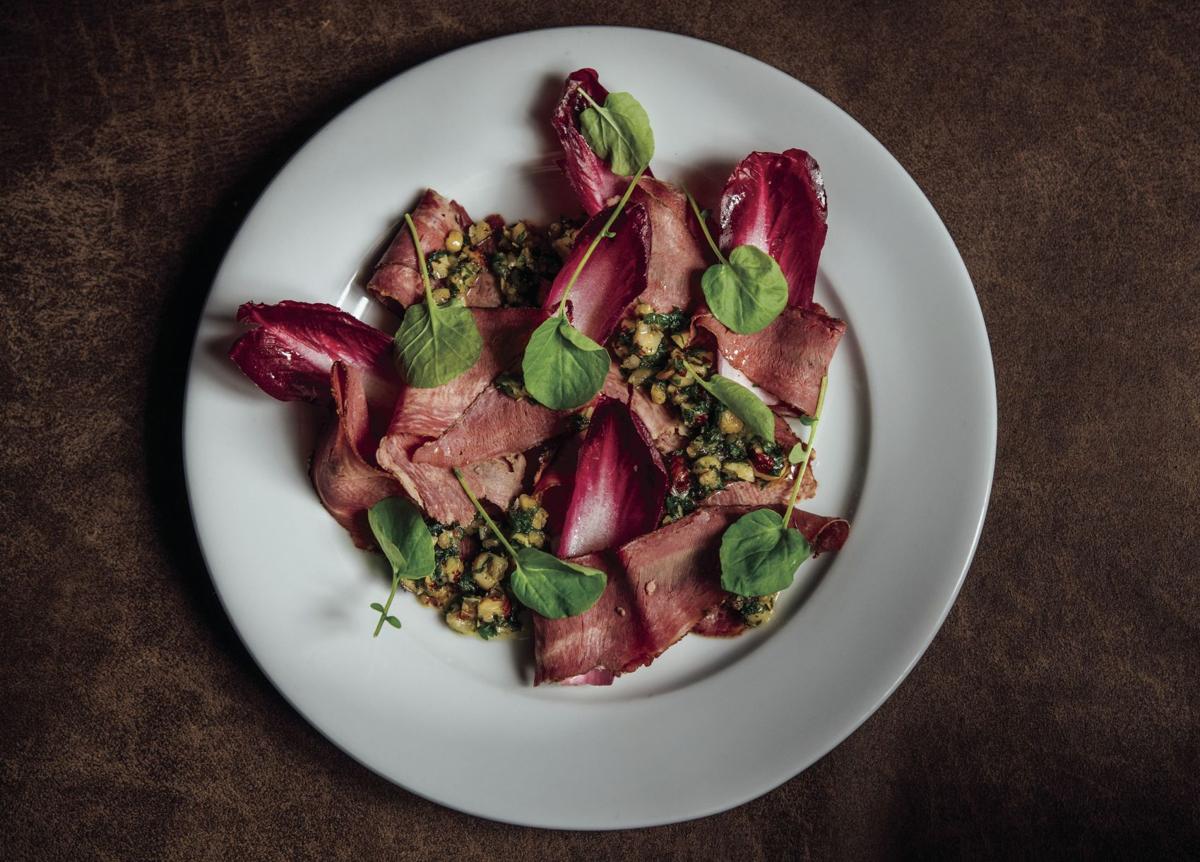 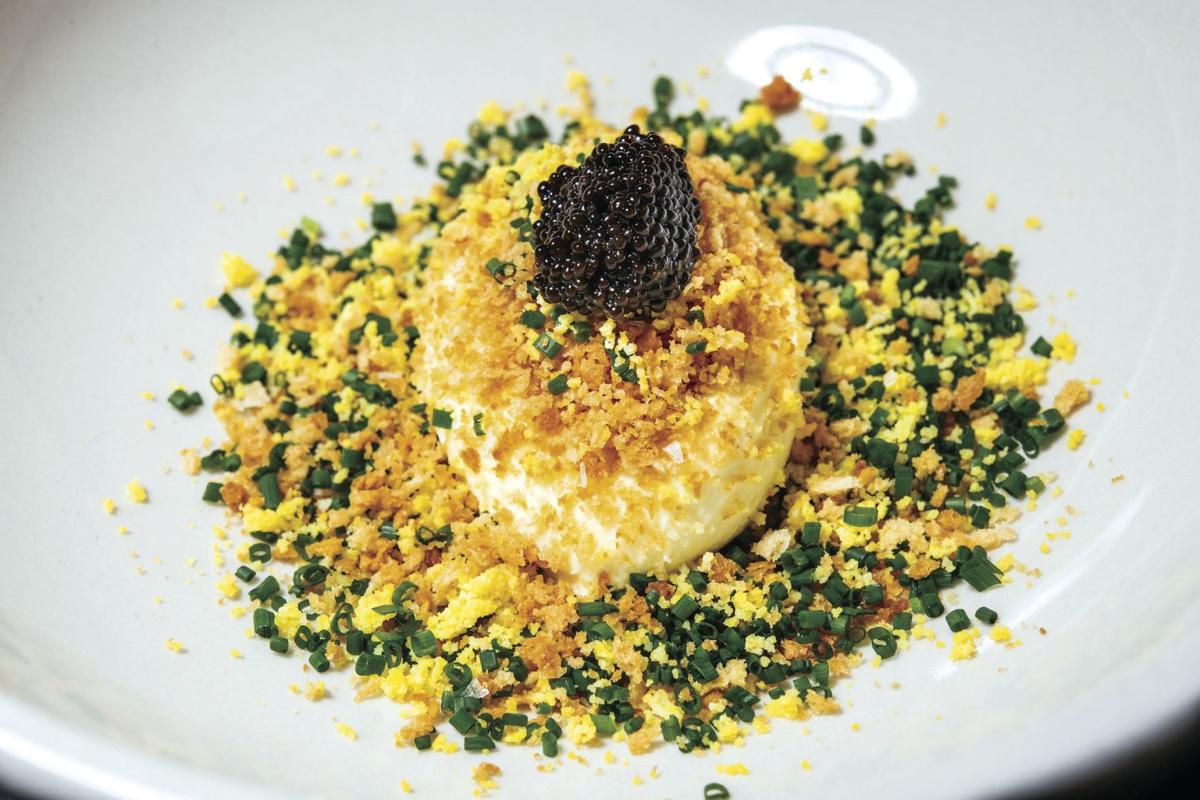 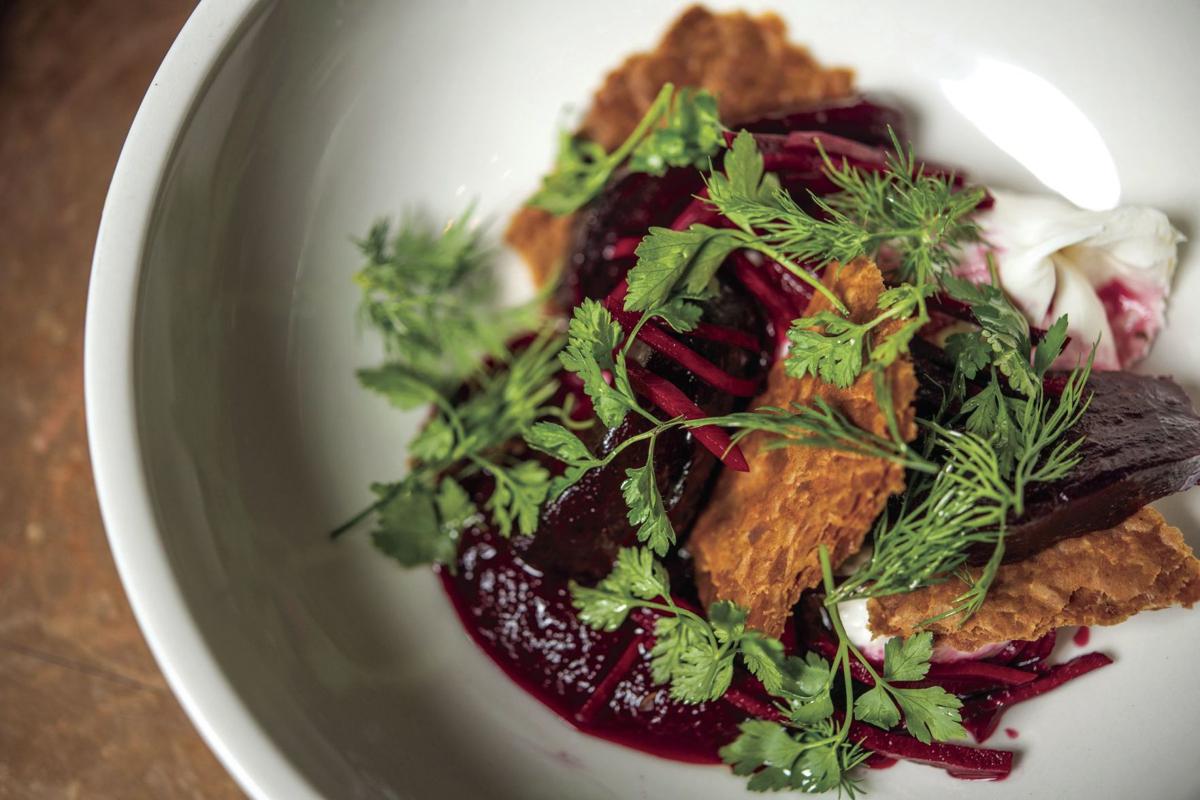 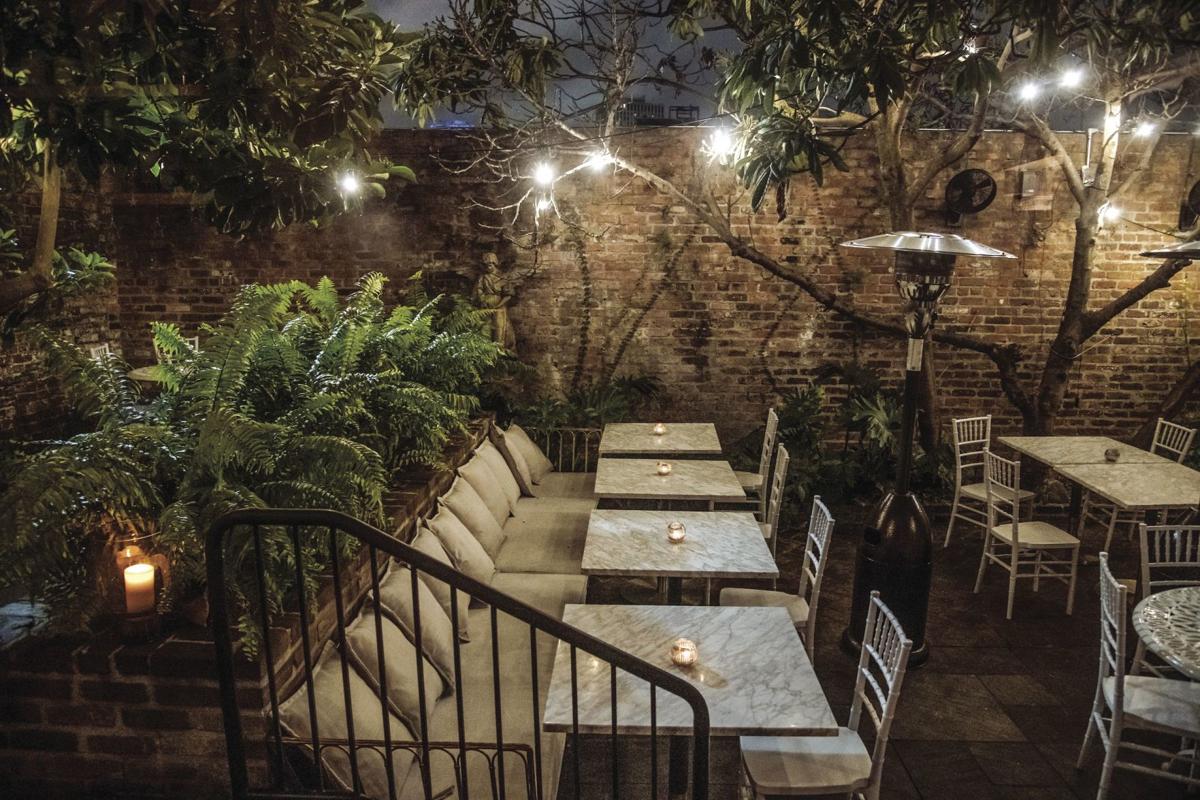 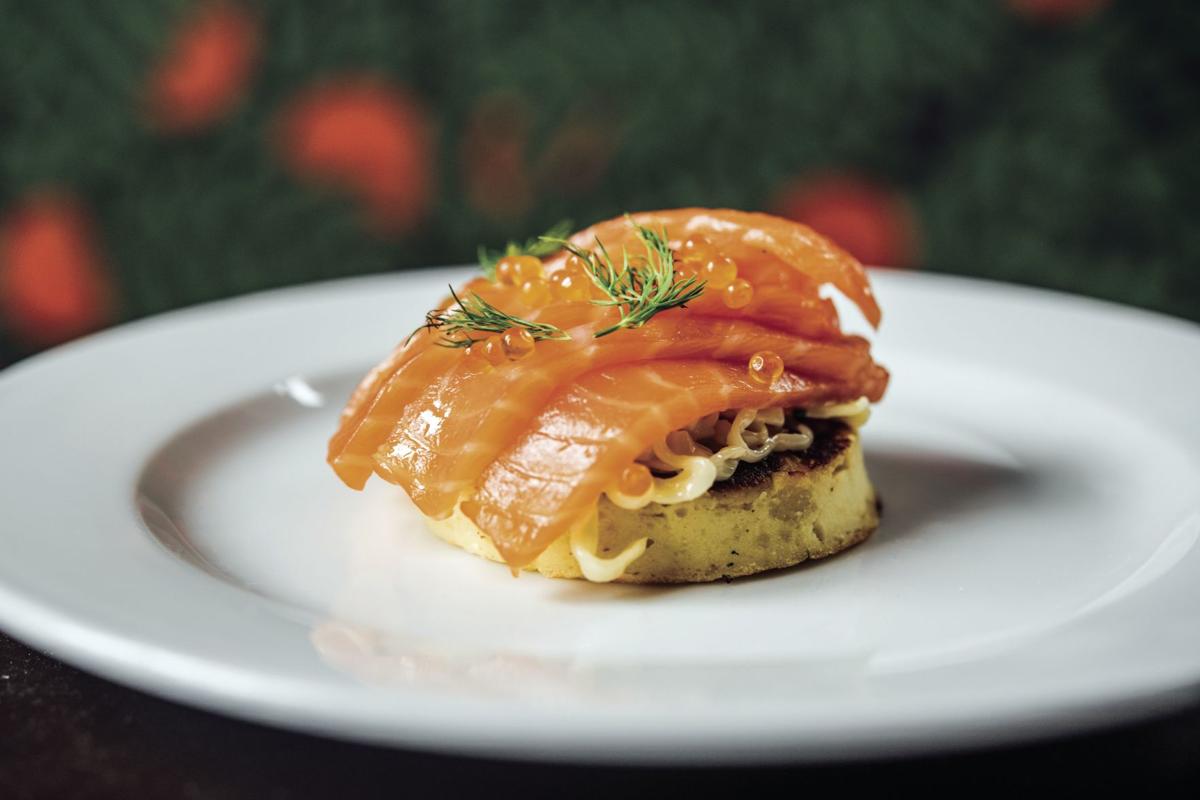 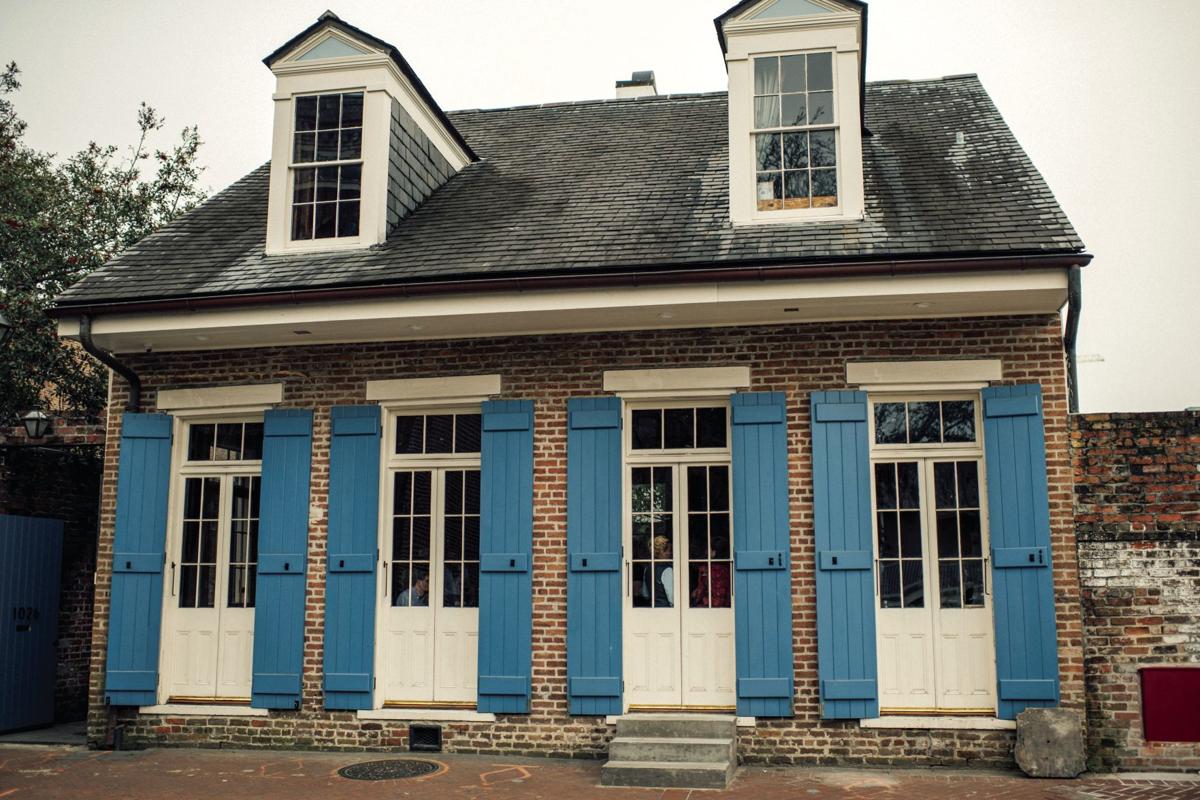 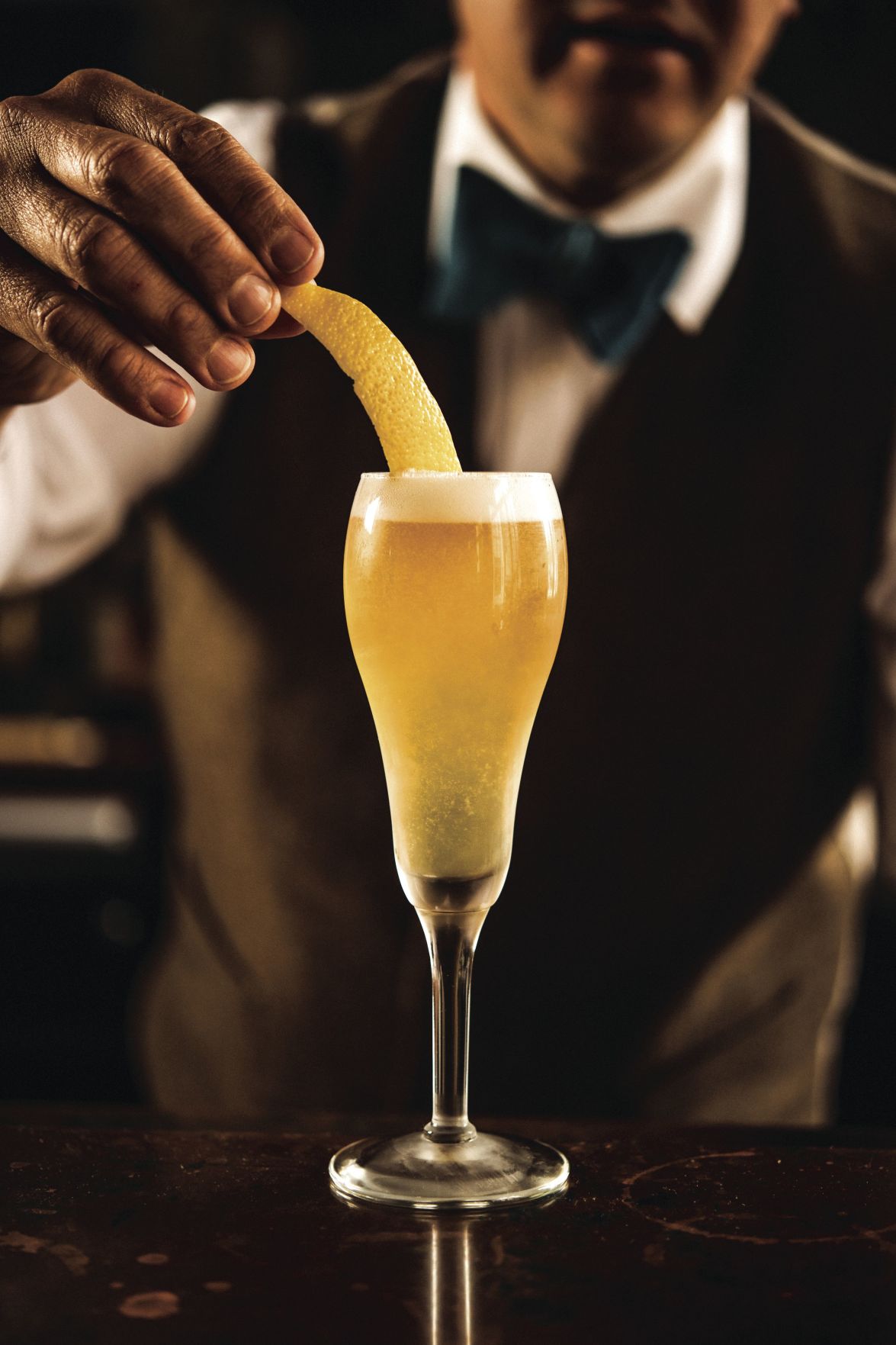 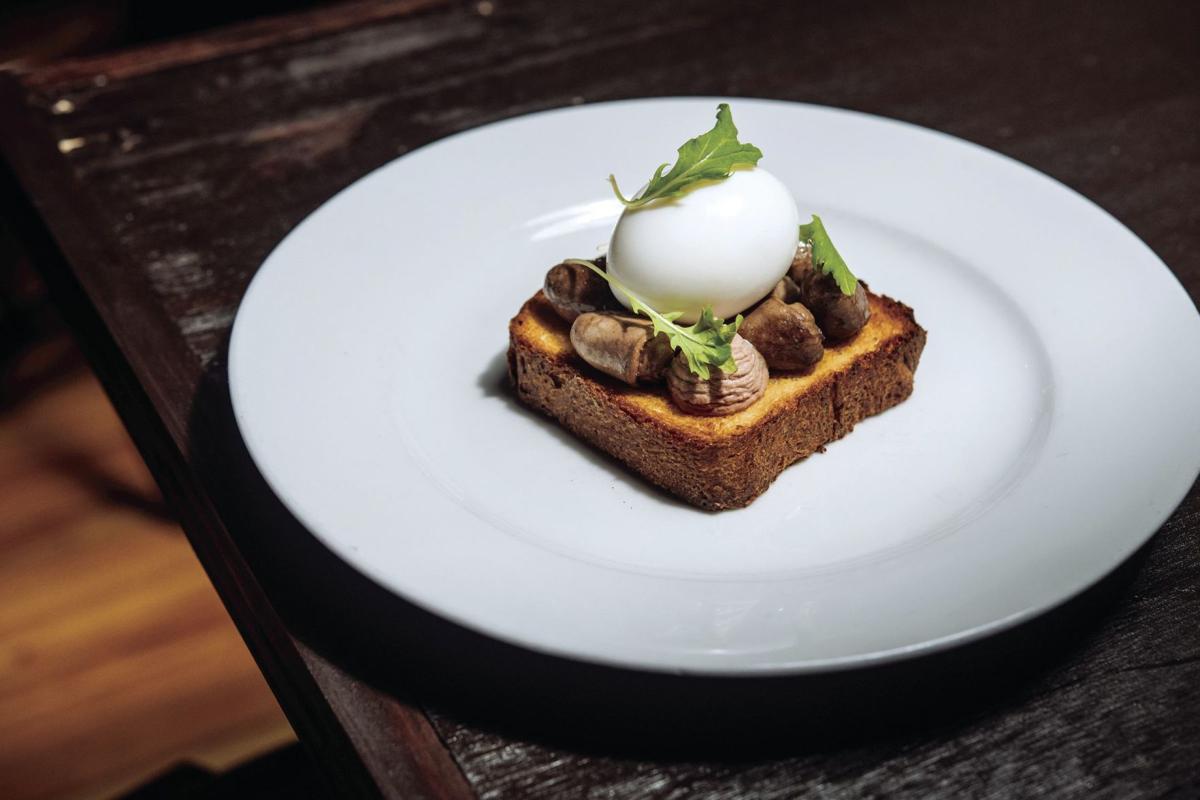 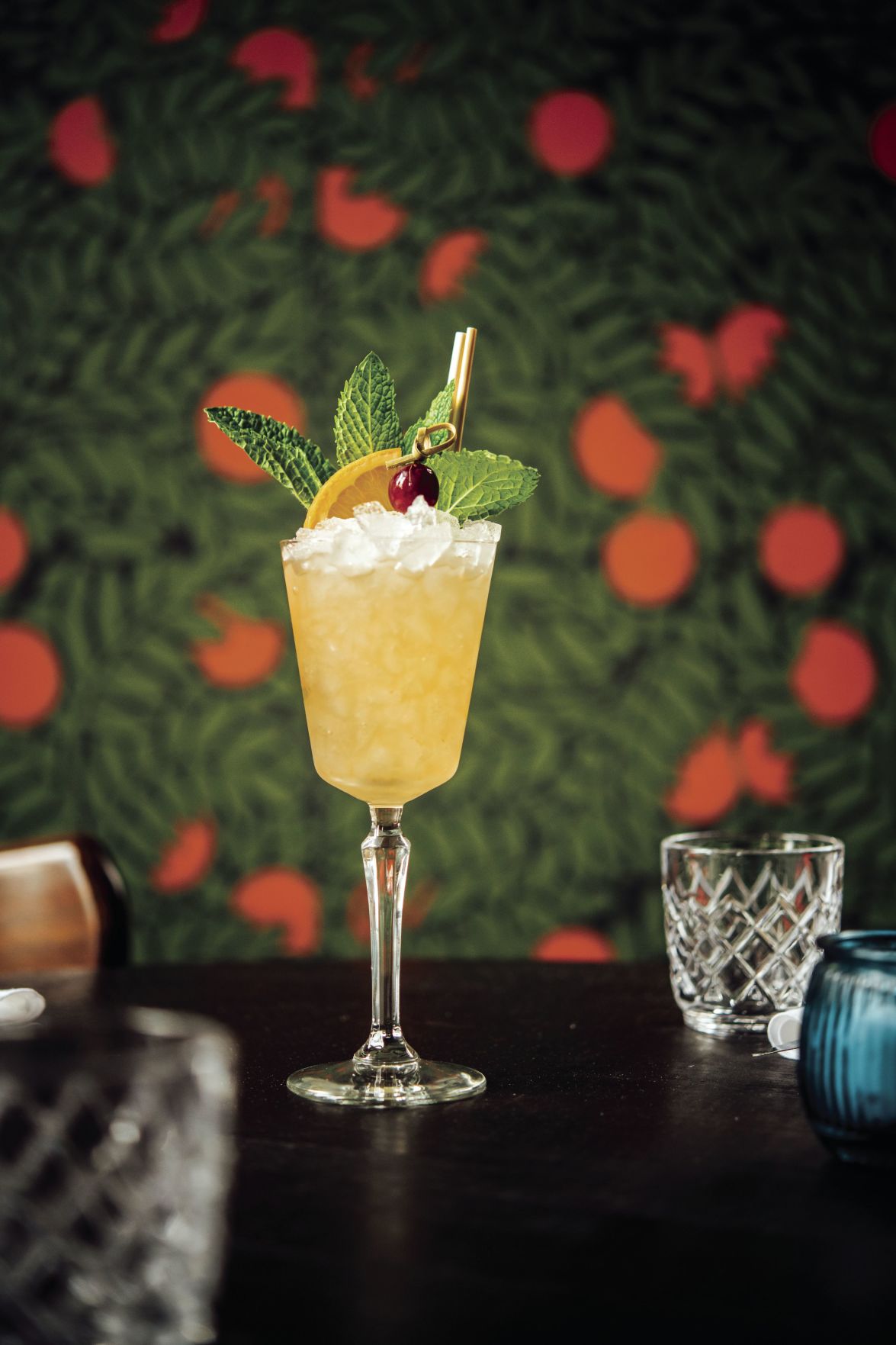 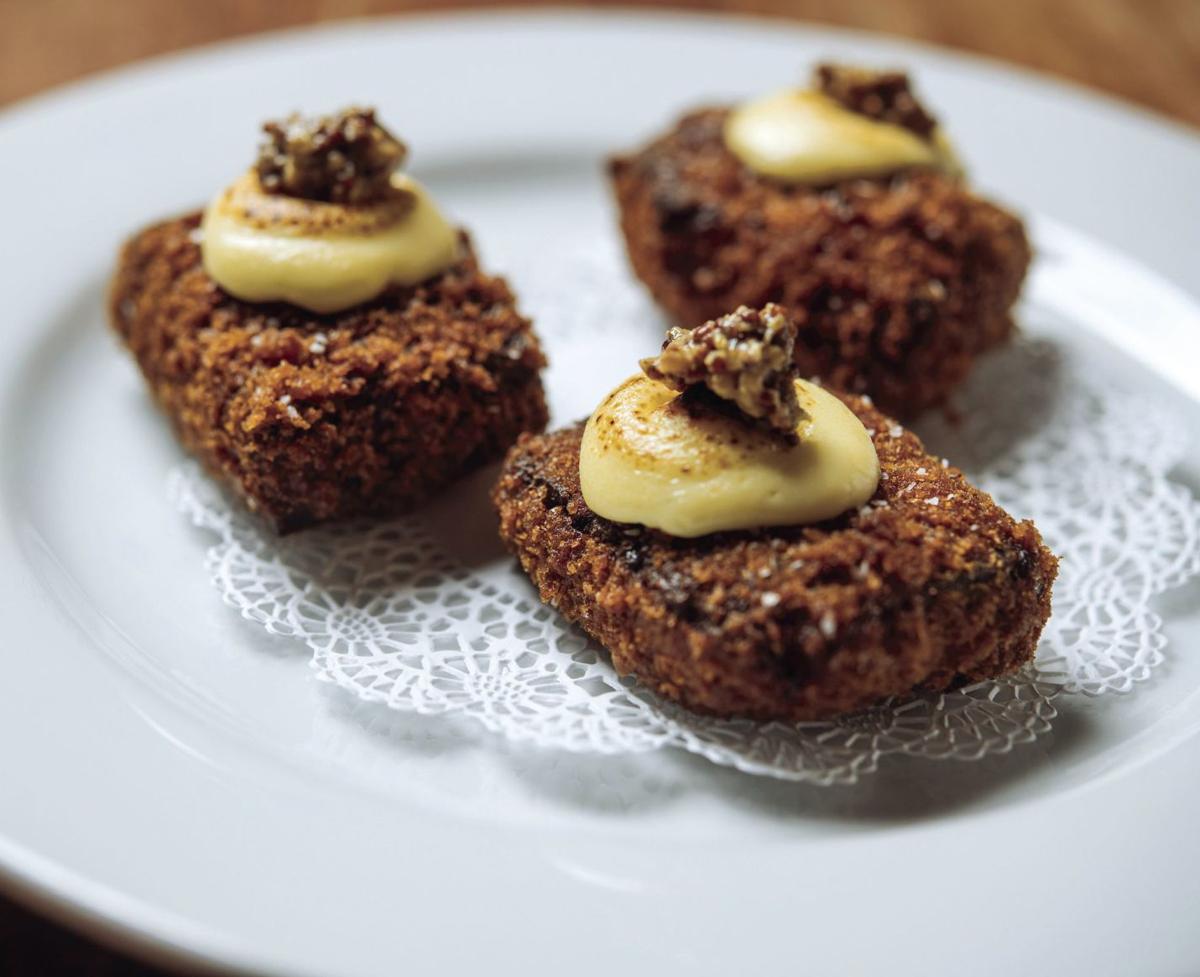 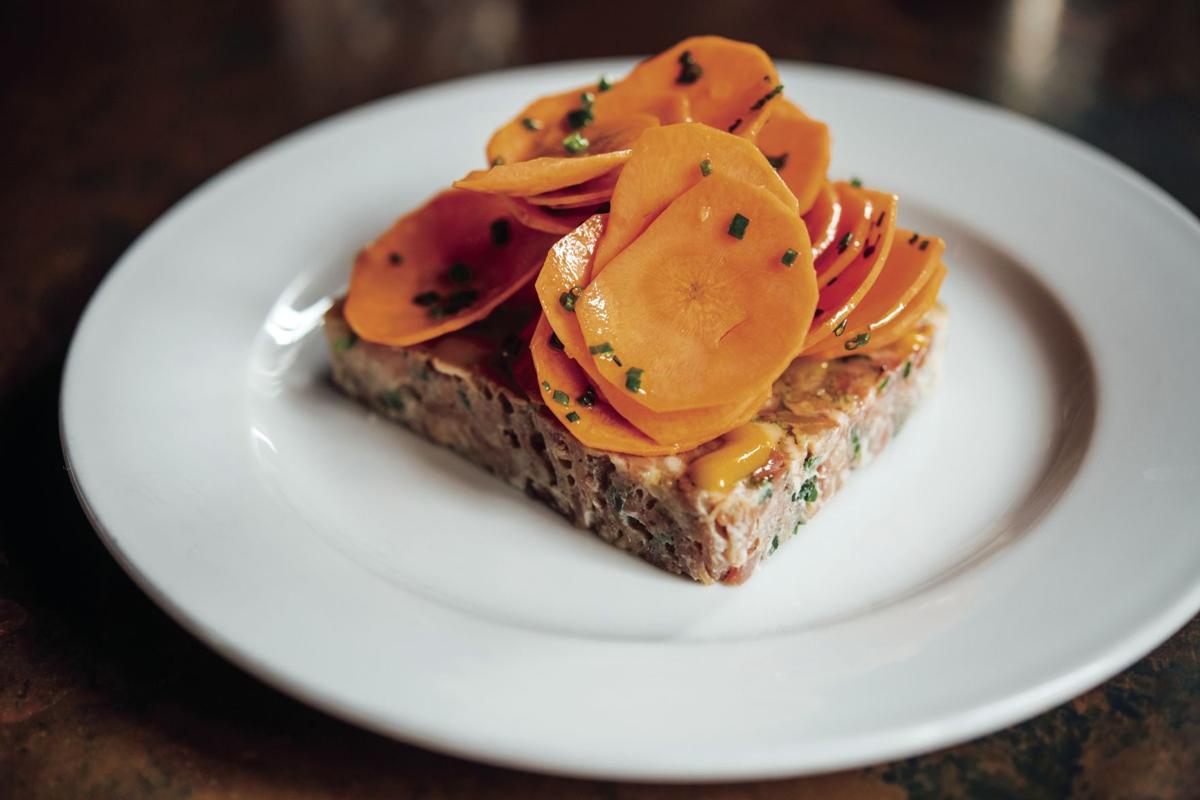 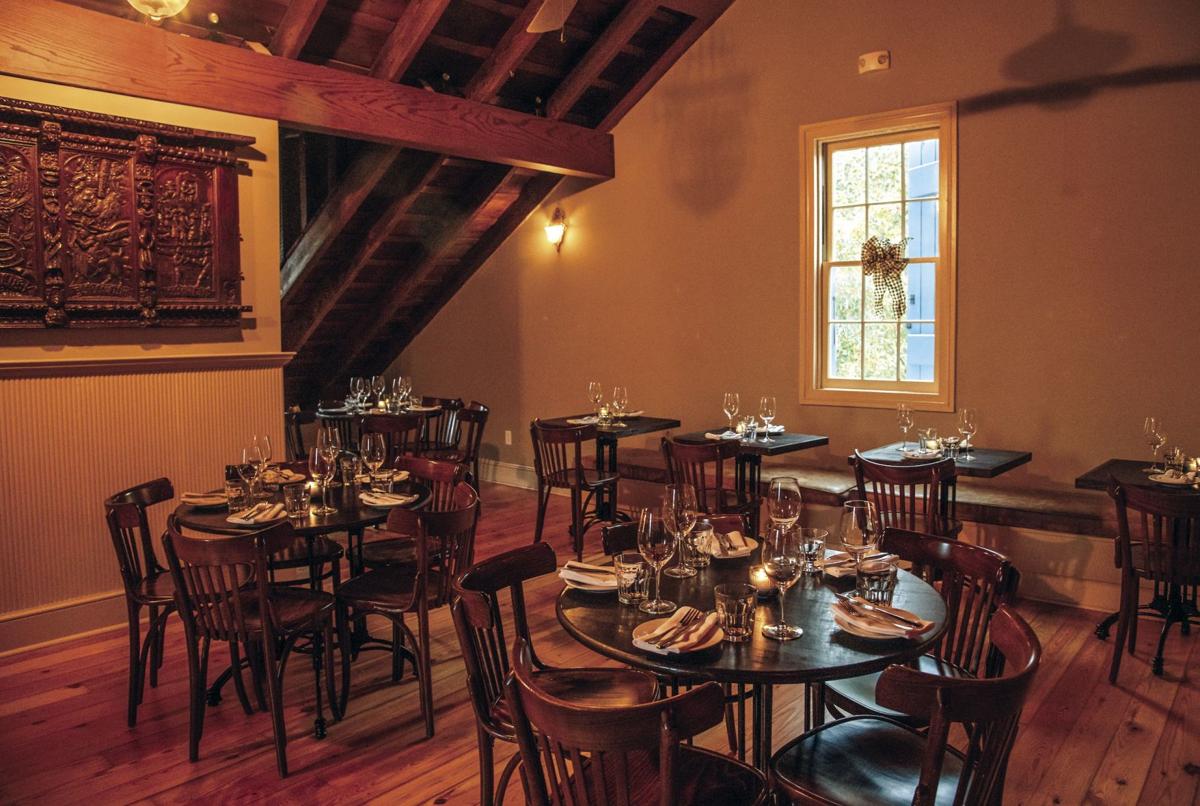 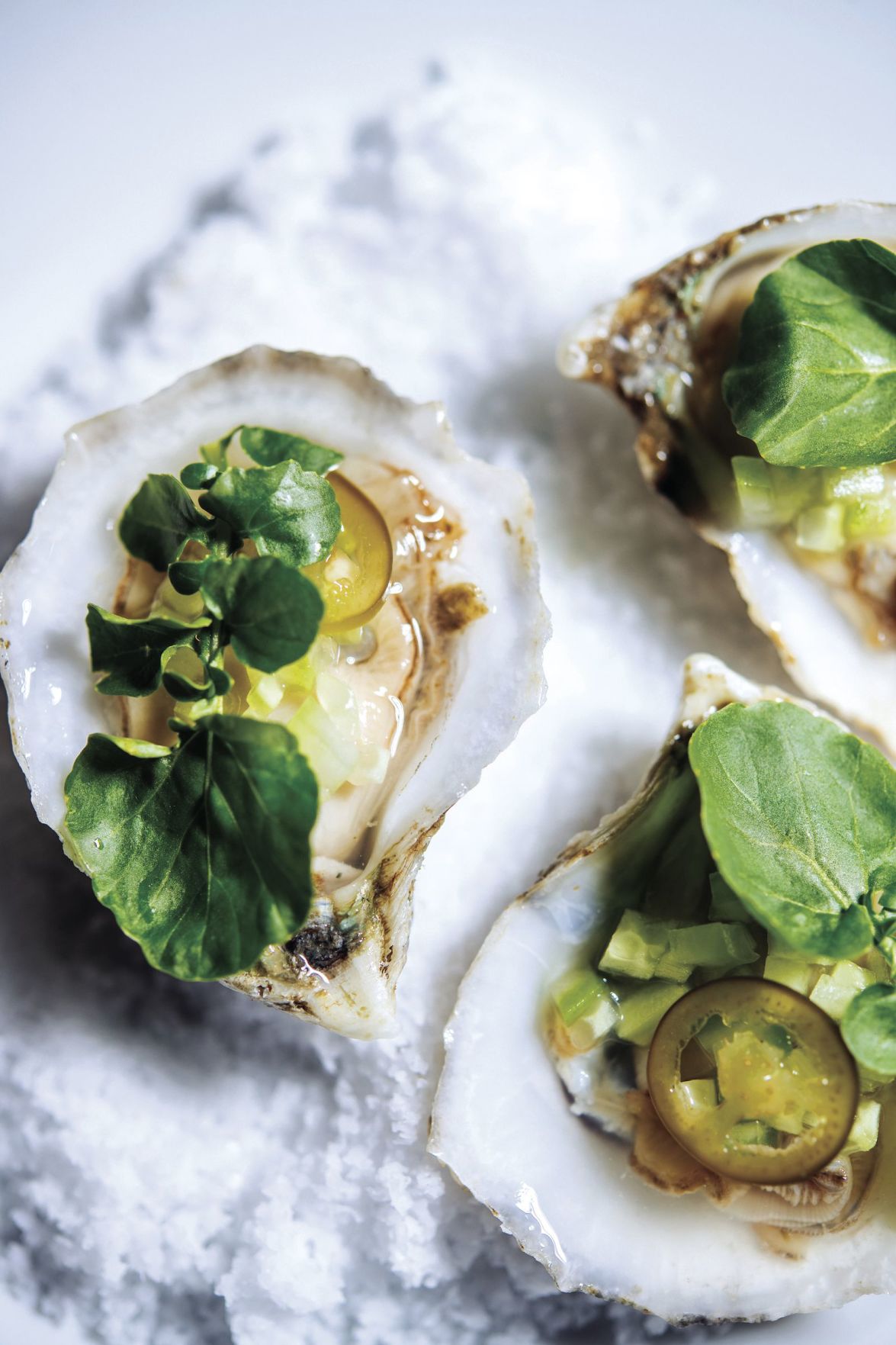 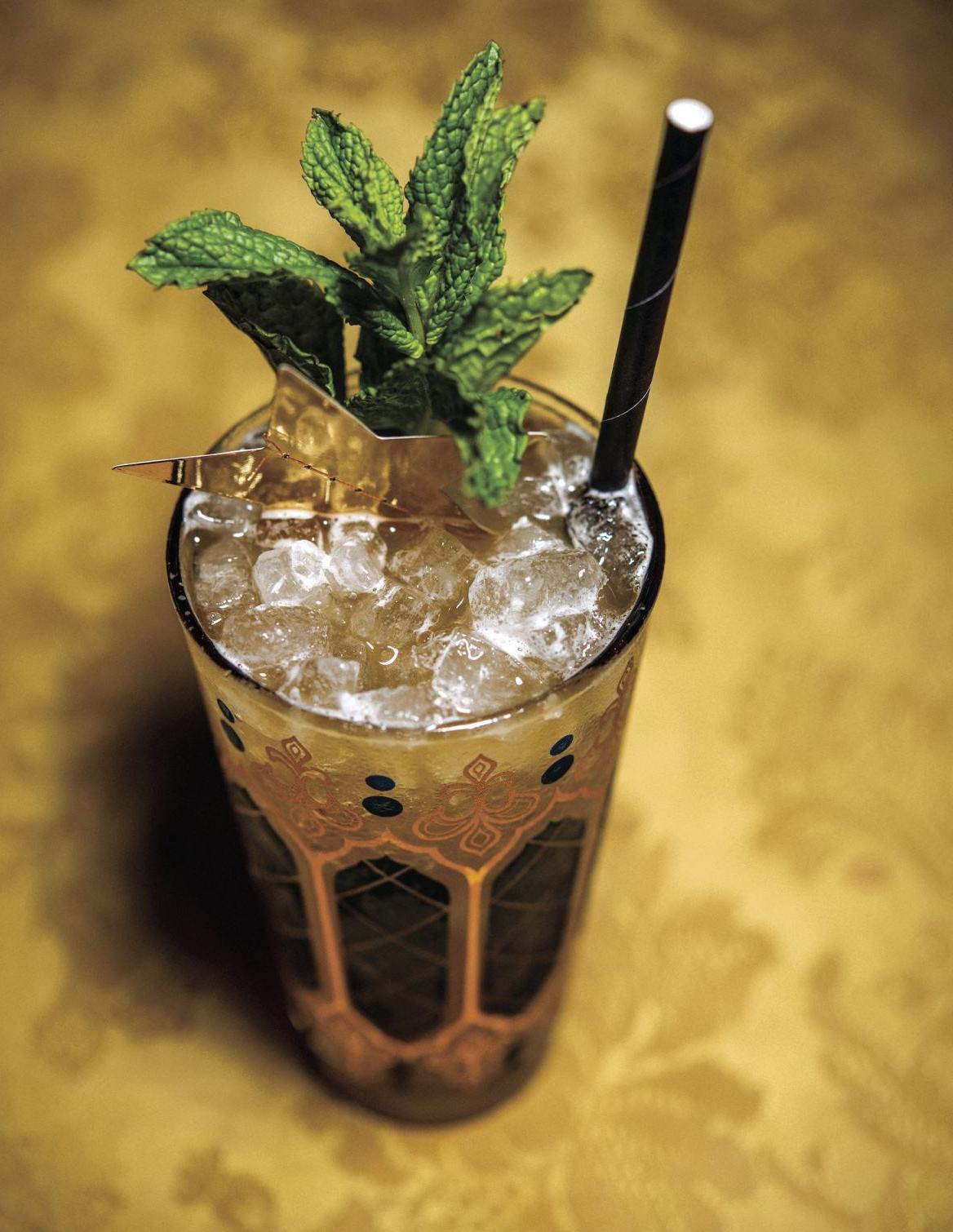 When Jewel of the South first opened in March 2019 on the edge of the French Quarter, its owners were already looking ahead to its next phase. Occupying the first floor of an early 19th century Creole cottage, the cocktail spot created by New Orleans bartending sensations Chris Hannah and Nick Detrich, underwent a considerable transformation. Within its first year, Hannah, Detrich, and business partner John Stubbs unveiled the new Jewel of the South, a restaurant located upstairs, and The Grove, a cozy 32-seat lounge serving classic and craft cocktails alongside light bar bites on the first floor.

While expanding from bar to restaurant was always the intent, the building itself required more time and work than anticipated. Working within just 2,000 square feet, the owners turned to Trapolin-Peer Architects to create the drinking and dining destination they were envisioning. “We wanted it to be a space that was brooding, but not overly masculine,” Detrich explained. Maintaining the historical aspect was also important: the original Jewel of the South was a famous 19th century New Orleans saloon, operated by Joseph Santini (who Detrich describes as underrated). The owners wanted to do justice to Santini and his establishment.

The new layout and offerings first opened to the public in late January: a lush courtyard leading to the Grove, which includes Louis XIV style benches and a backbar from Wales made in 1880. Ascending the staircase, guests will happen upon the new 40-seat dining room that respects the history of the building, with Art Deco details throughout and unique accessories displayed. Detrich says the new layout—tavern below and the dining room upstairs—is a multi-story indoor-outdoor space with something for everyone.

The British-meets-Cajun restaurant is helmed by chef de cuisine Philip Whitmarsh and features a rotating menu of “refined tavern food,” Detrich says. Starters include Bone Marrow Crème (with caviar and madeleines) and a classic Burrata. Vegetarians will be pleased with many plant-centric dishes including Charred Bibb with lovage, cucumber, and jalapeno, and Salt Baked Celeriac with parmesan, chives, and crunchies. Cocktails are served tableside with a roaming cart showcasing select spirits. If wine is more your style, Detrich’s program focuses on low intervention technique during production.

If you’re visiting the Grove for an array of beverages, you’re in luck! Both Detrich and Hannah are acclaimed bartenders—Detrich was formerly a managing partner and bartender at Cane & Table and Cure, while Hannah led the Arnaud’s French 75 bar to a James Beard Award during his 14-year residency. Hannah mans the bar with signatures like the French 75 and Jewel Sazerac made with bonded rye, Matifoc Rancio Sec, and Herbsaint. Sophisticated snacks like Croquettes and Scotch Egg are available, as well as a full charcuterie program.

The Grove also offers the Brandy Crusta, a 19th century cocktail created by Santini at the original bar. The beverage was one of the first to include fresh citrus and was resurrected by Hannah in the mid-2000s. Today, it sits prominently on their cocktail menu. Full circle, right?

This article appeared in the Spring 2020 Issue of Adore Magazine.