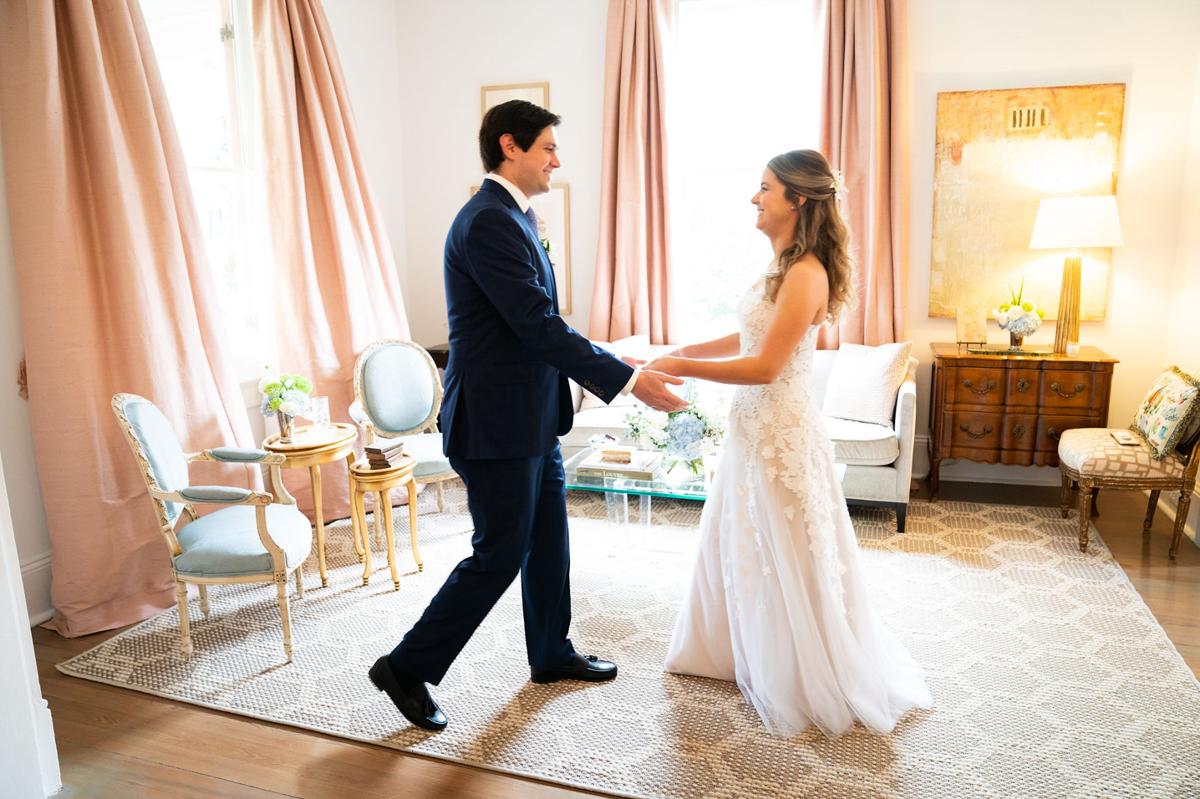 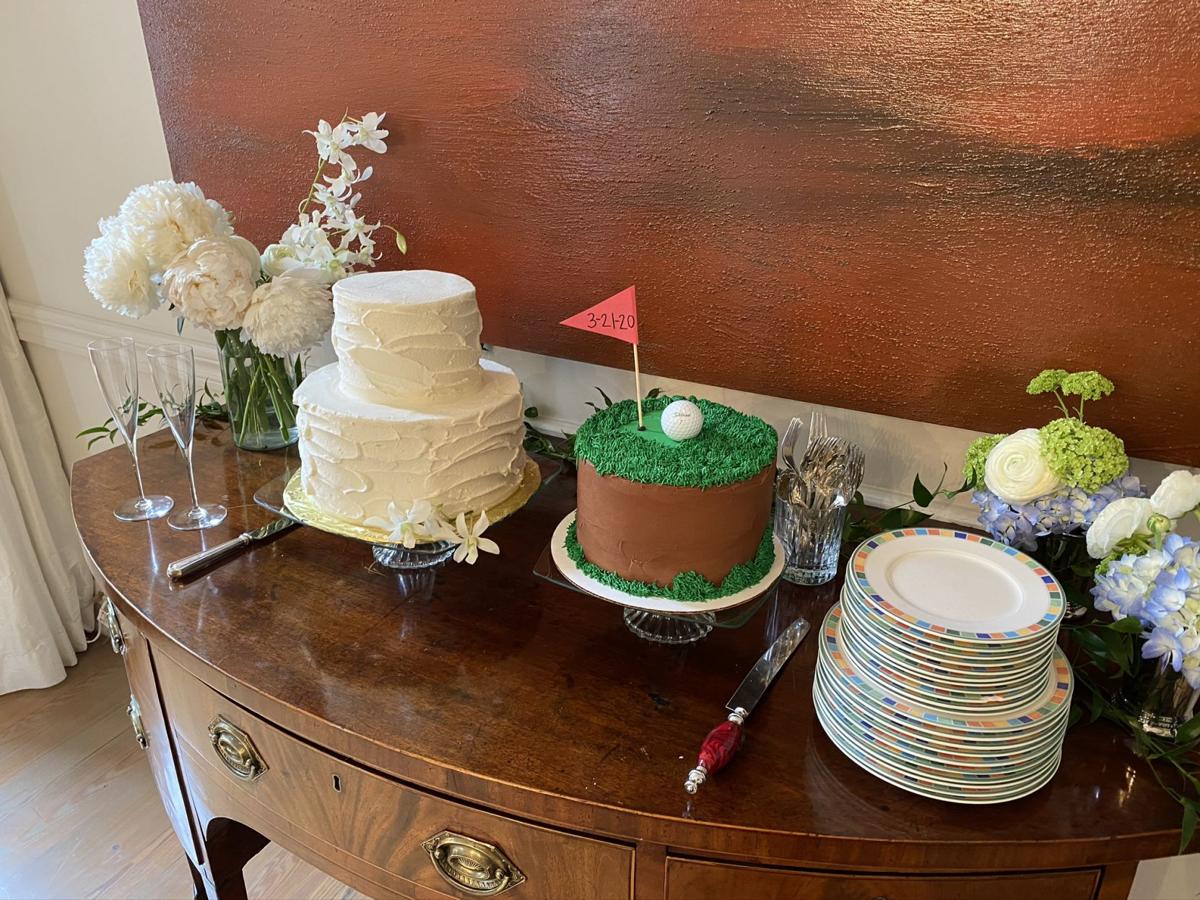 The couple's miniature wedding cake by Cafe Aquarius/Flour Power and the groom's cake by Kaitlin Ordemann of Cakes by Kait. 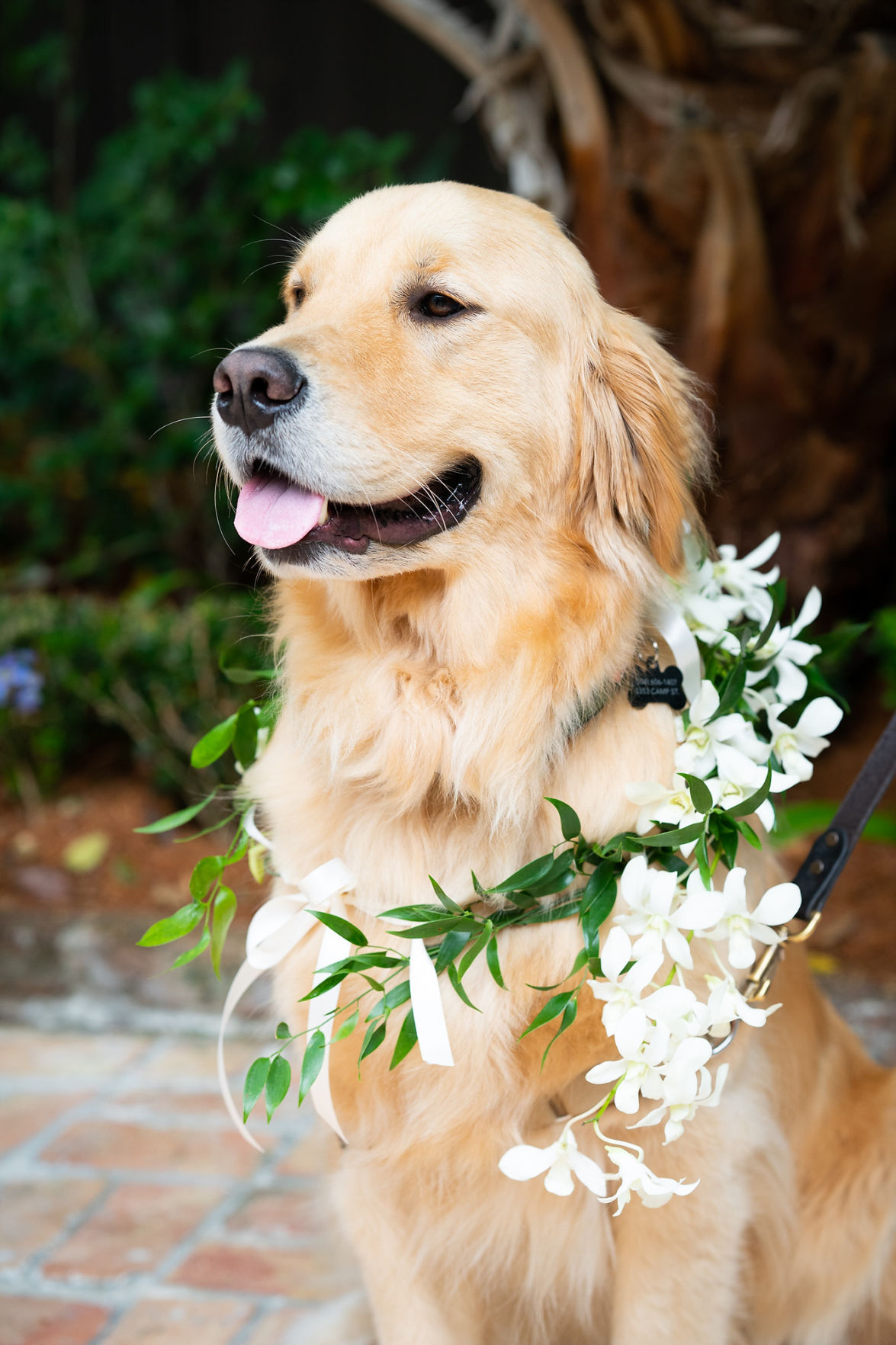 "He stole the show," Eshleman says of Camp, their Golden Retriever. 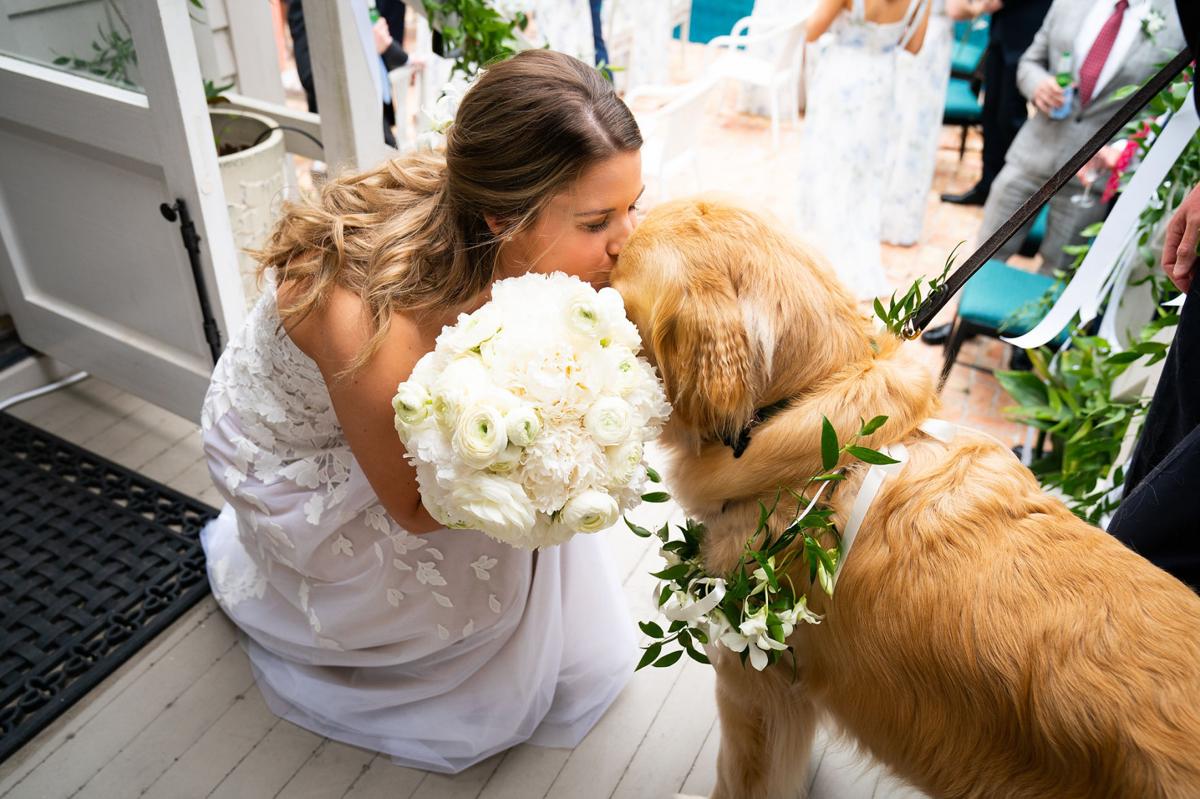 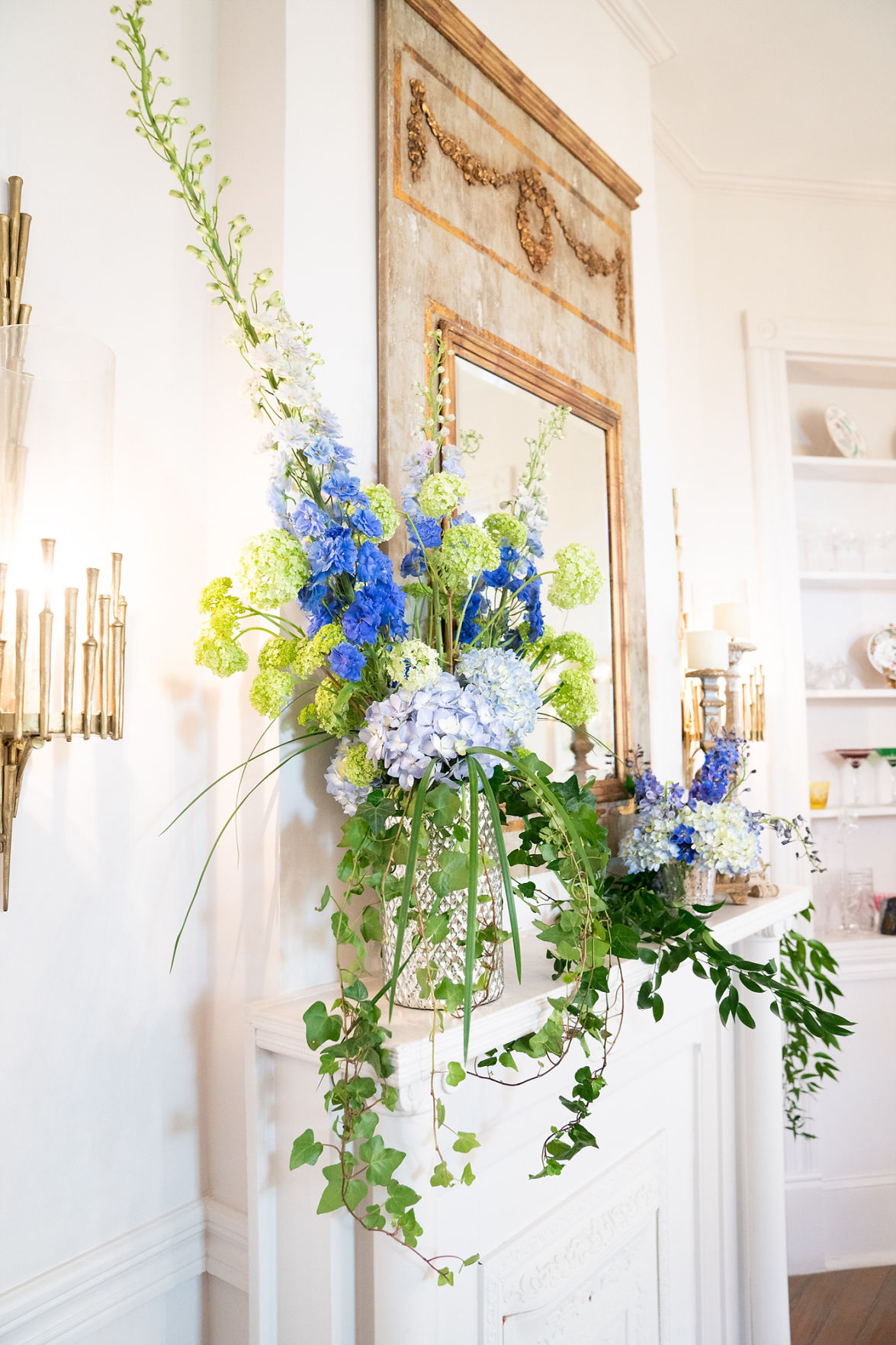 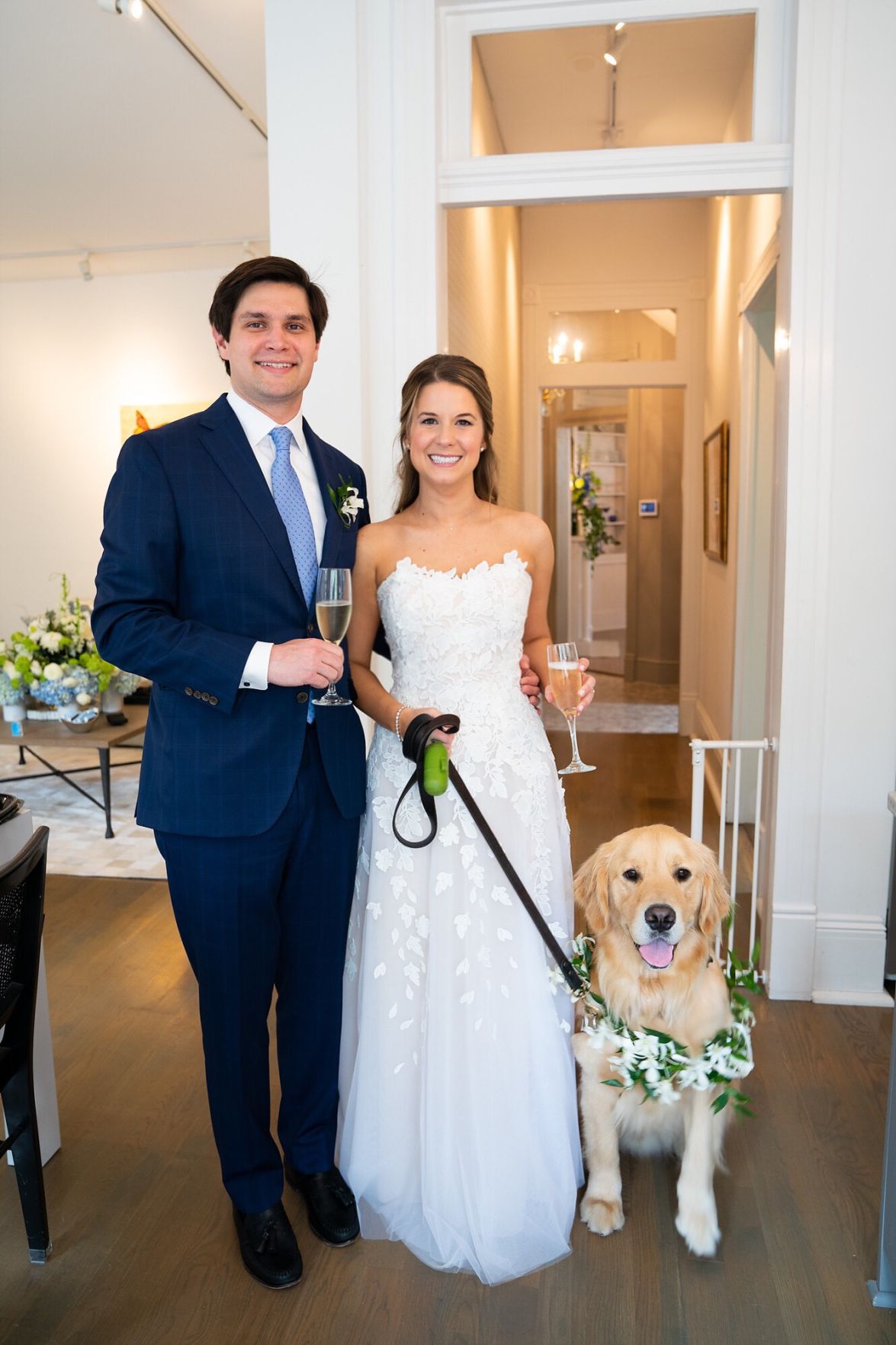 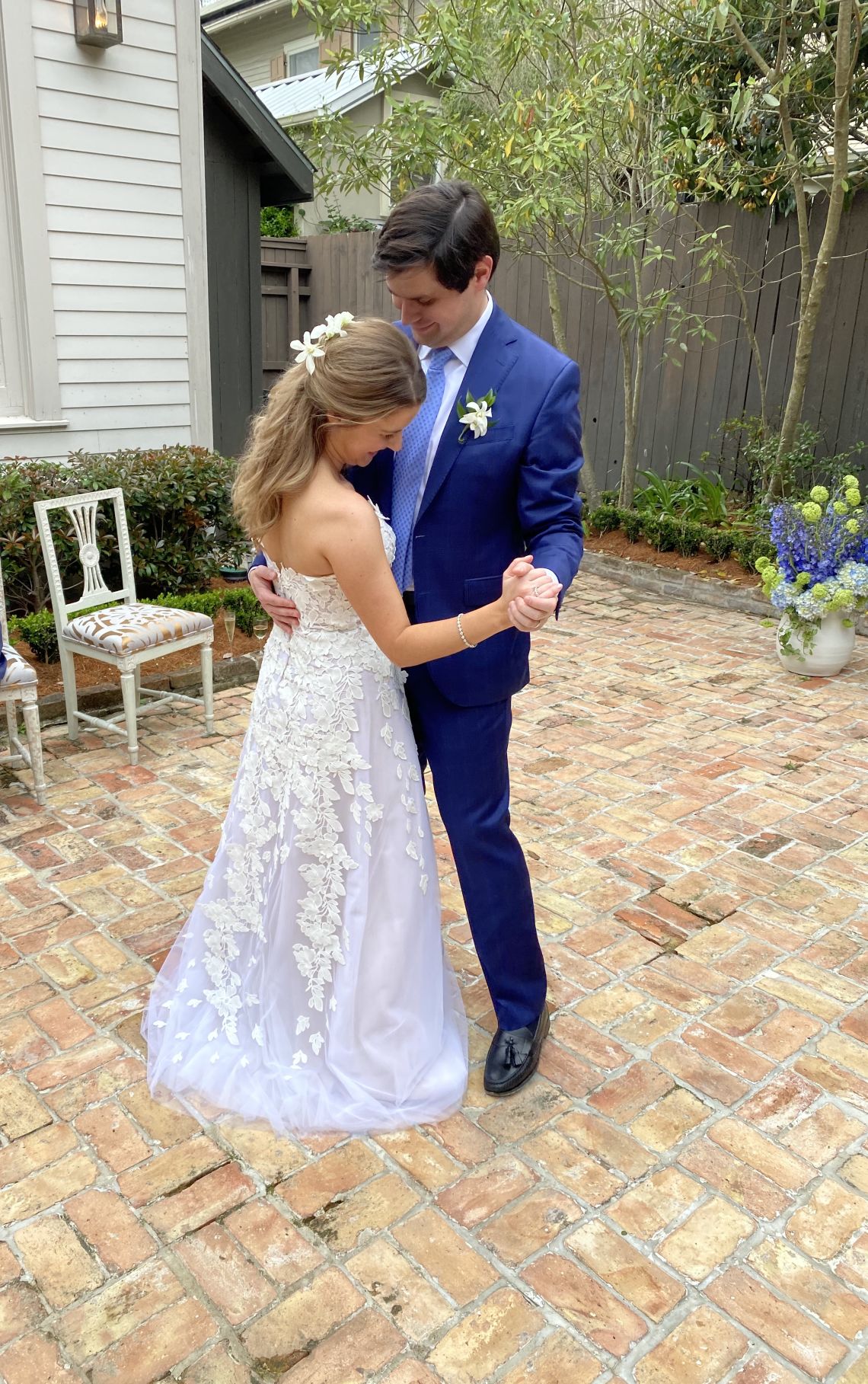 Katherine Eshleman and Richard Morales had big plans for their March wedding, but like many other couples, the two had to quickly reconsider as regulations due to COVID-19 were announced at the city, state, and national level. "We knew the wedding would not be able to go as planned," Eshleman told Adore.

The pair first met post-college after some buildup. Eshleman's high school best friend knew Morales at the University of Alabama and always said that they needed to meet. They were finally introduced at a party in New Orleans and knew that "this was it." Morales proposed on May 23, 2019 and the planning for their Spring nuptials began.

The original plan was to get married at the new Louisiana Children's Museum in City Park. Following a small ceremony in the park, guests would enjoy a cocktail hour overlooking the lagoon, and a 350-person reception under a sail cloth tent on the South Lawn with the museum as the backdrop.

"It's hard not to get wrapped up in all the details of planning a wedding and to forget the real reason you started this in the first place. When we were faced with the decision to move forward or postpone, it was one of the easiest decisions we had to make during the entire wedding planning process...At the end of the day, all that mattered was that we were still able to get married."

The two opted for a small ceremony and party at the bride's mother's Octavia Street home on Saturday, March 21. With less than 20 people in attendance (and many family and friends watching via video and FaceTime), the couple was married by Eshleman's brother Robert in the backyard.

While the event was pared down, Eshleman and Morales very much looked the part. She wore her Mira Zwillinger-inspired dress by Suzanne Peronne St. Paul and had her hair done by Heather Mahoney from H20 and makeup by Tisa Camet.

"I'm thankful that they were both still willing and able to my hair and makeup," Eshleman said. "Honestly, I felt silly getting it done, but my mom reassured me that, despite the unfortunate circumstances, I still deserved to look and feel beautiful on my wedding day."

The couple enjoyed a first dance in the backyard (playing from a Sonos speaker) and a miniature version of their wedding cake by Cafe Aquarius/Flour Power. "I surprised Richard with a small golf-themed groom's cake made by our friend Kaitlin Ordemann (Cakes by Kait)."

While Eshleman describes the situation as incredibly hard, she found a silver lining: it put things into perspective for the couple. For brides that are going through the same scenario, she advises them to "stay positive, and to keep the focus on your love for your significant other, because that's really what a wedding is all about!"