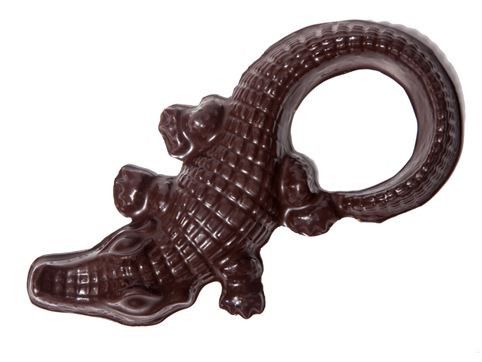 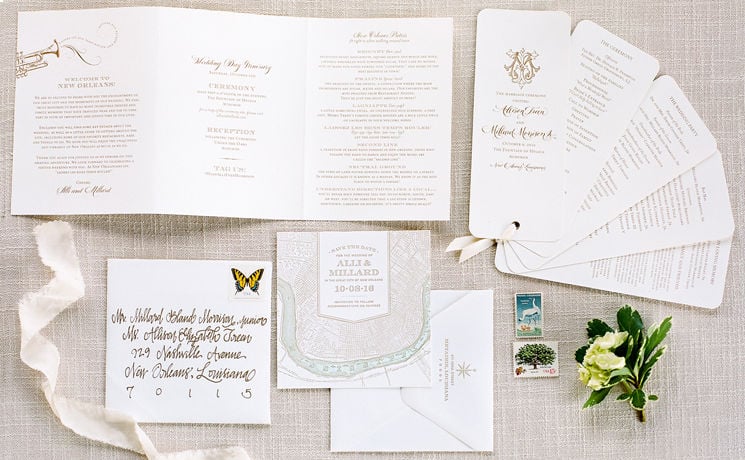 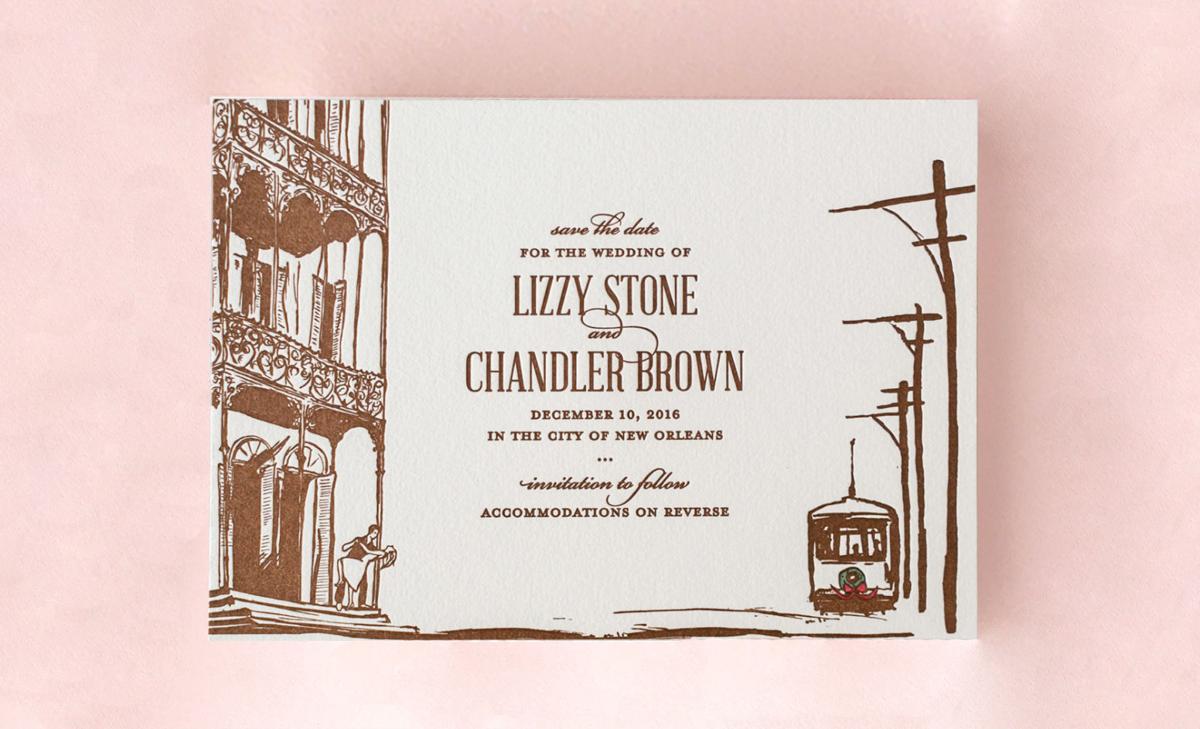 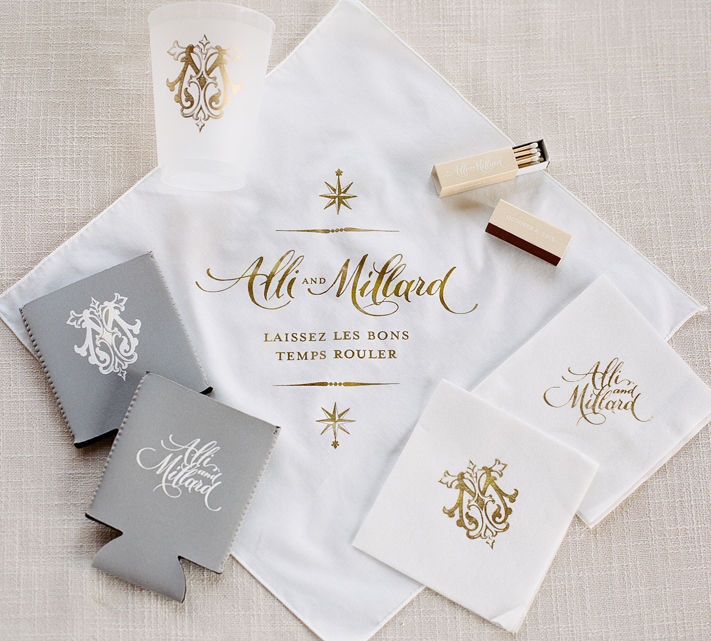 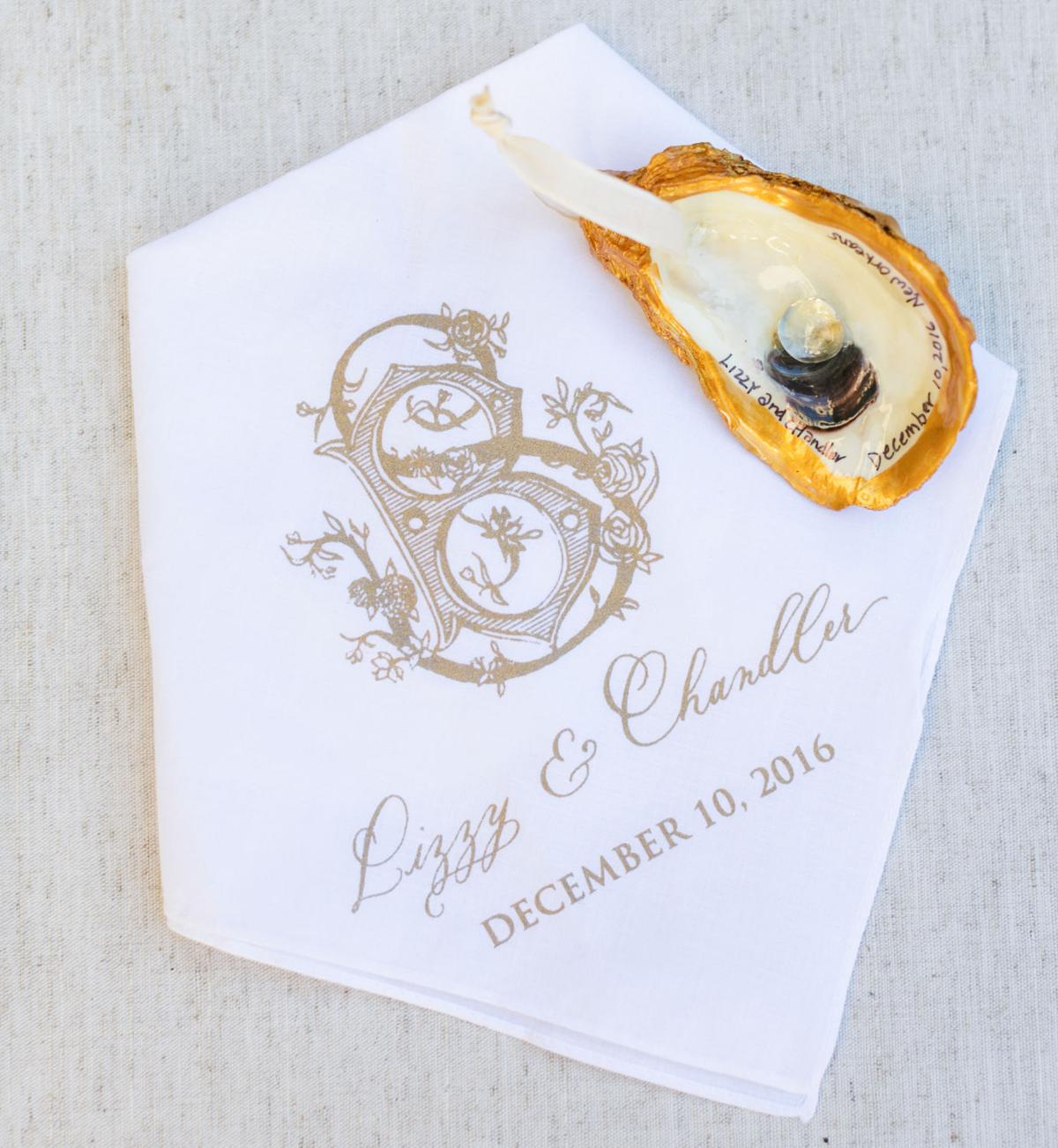 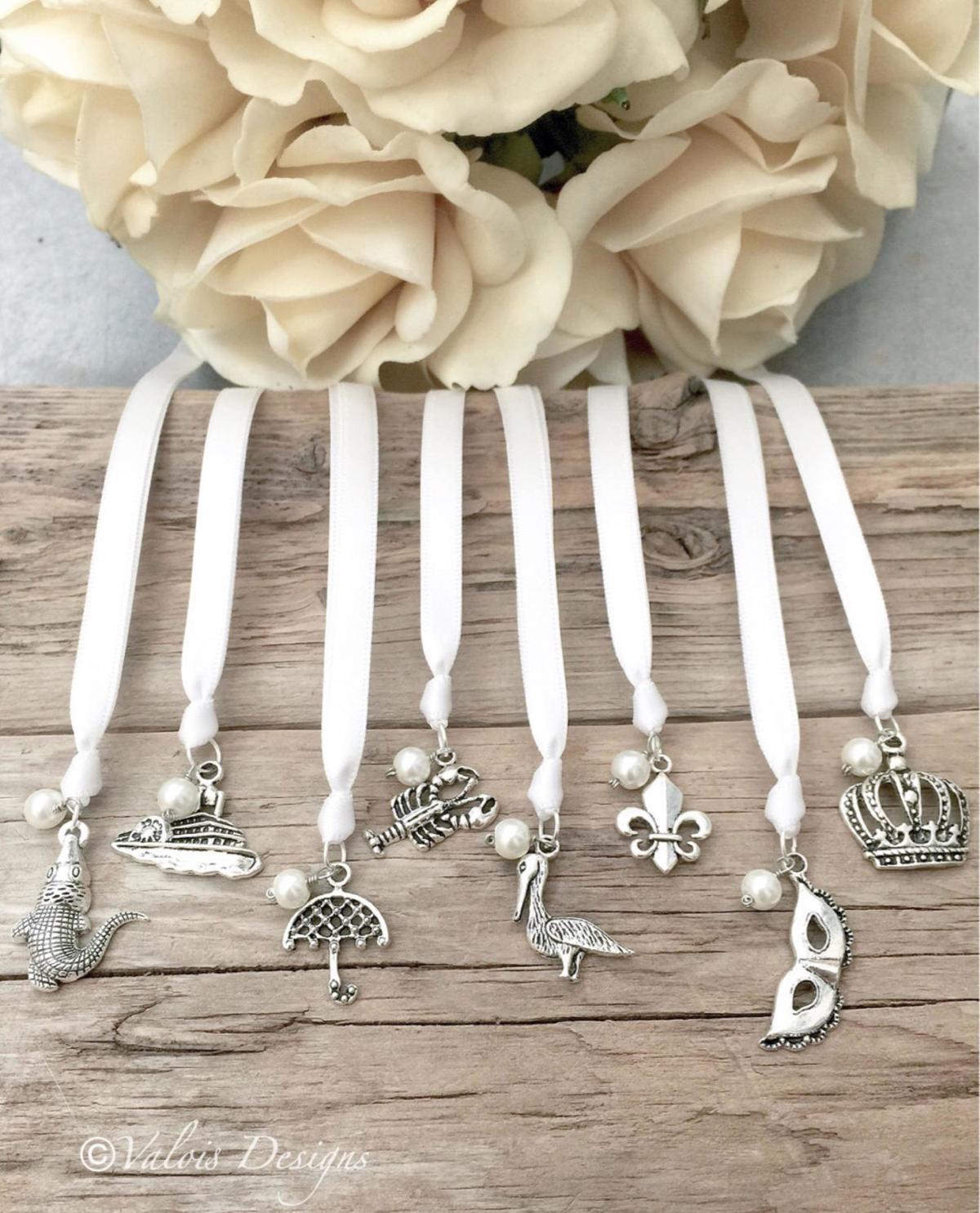 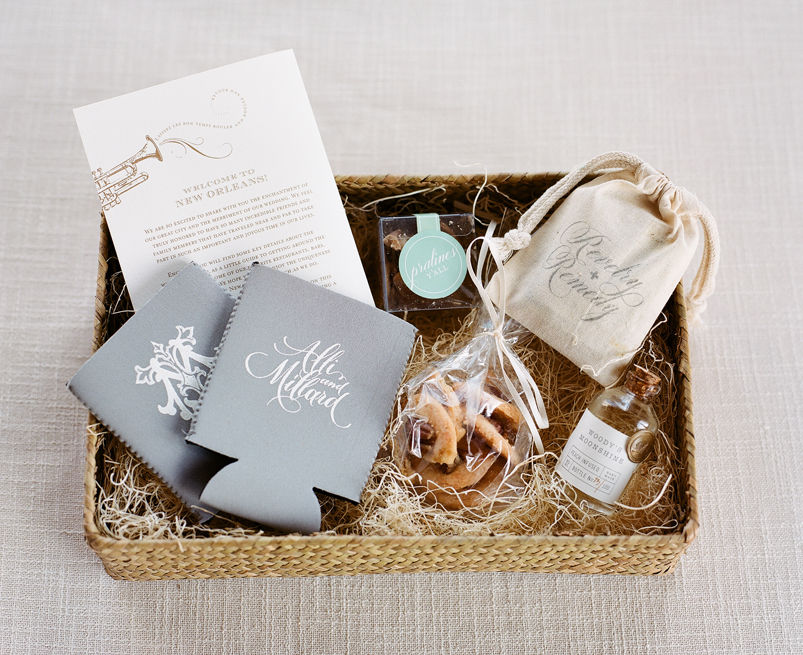 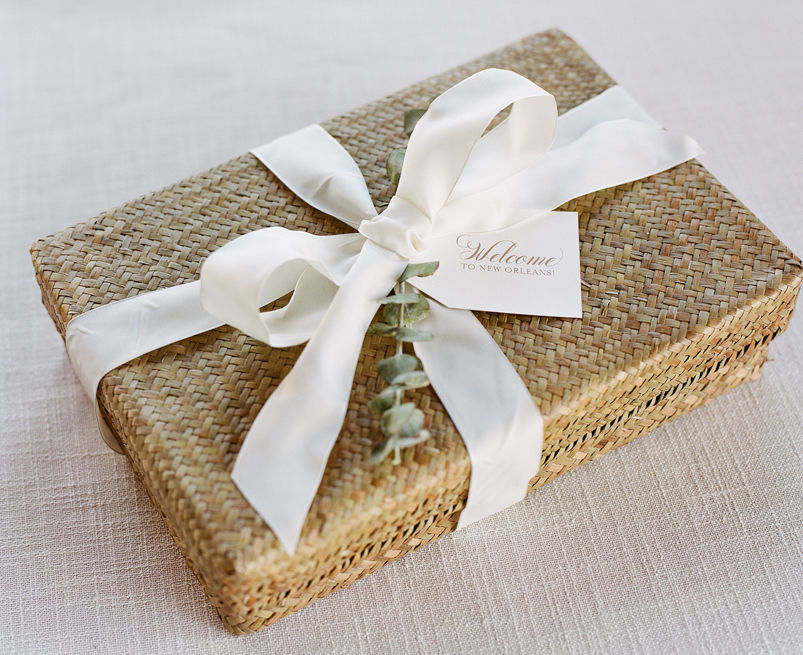 New Orleans consistently ranks among the top U.S. locations for destination weddings—and that's not just because it has the patina of a romantic European city. "Being from the South, we like our traditions, and people from out of town love to see them because they are so uniquely New Orleans," said Melissa Cousans Mortillaro, co-owner and manager at Gem Printing.

Whether you're a local with roots that go five generations deep or a visitor who fell in love with the city during a convention, there are ways to celebrate and preserve New Orleans' unique traditions during your wedding—and you can start months before the ceremony. Margaret Jones, co-owner of Scriptura, suggests setting the mood with a New Orleans-themed invitation. Not only does it convey vital information about the time, place, and aesthetic of the wedding, it also creates an emotional response in guests.

"(A wedding invitation) gives recipients a sense of place and excitement, because it puts the recipient in that mindset of being in New Orleans," Jones said.

"The better invitations build a sense of momentum and anticipation toward the event."

At Scriptura, a letterpress studio with five presses and six in-house designers, invitations come in a number of New Orleans themes, ranging from a circa 1865 New Orleans map used as an envelope liner to invitations with hand-drawn oysters on pearlescent paper. The motifs can be used throughout the wedding, on everything from the save-the-date card to custom go-cups.

"Go-cups are always popular, because they don’t have those other places," Mortillaro says.

Cake pulls are another tradition that locals may not realize is endemic to New Orleans. The bridal party gathers around the wedding cake and each unmarried member tugs a ribbon that extends from beneath the layers, revealing charms with symbolic meanings.

"If they pick the ring charm, they are next to be married," says Mortillaro, who sells cake pulls at her fourth-generation company. "The fleur de lis is prosperity, a horseshoe is good luck—it's a very New Orleans and old Victorian tradition."

These cake pulls double as wedding favors, as do accessories for a tradition Jones says has become a "staple of New Orleans celebrations"—the second line. Whether brides are New Orleans natives or tourists, they’re all asking to parade in the streets with their wedding party and a brass band. In addition to being an efficient and fun way to move the wedding from point A (ceremony) to point B (reception venue), second lines give brides the chance to repeat design elements that are established in the trousseau. A motif or letterpress design can be echoed in favors like umbrellas, coozies, or handkerchiefs.

"I always suggest a second line, because it (is an opportunity) to give a favor as well," said Leslie McGoey, owner of Backyard Printing, which sells cake pulls, handkerchiefs, umbrellas, and other wedding accessories. "People are looking for favors that are fun, and this adds to the party."

"It's not a stuffy wedding," Mortillaro says. "(Our traditions) make it a lot more fun and exciting."

This article appeared in the 2018 Bridal Issue of Adore.