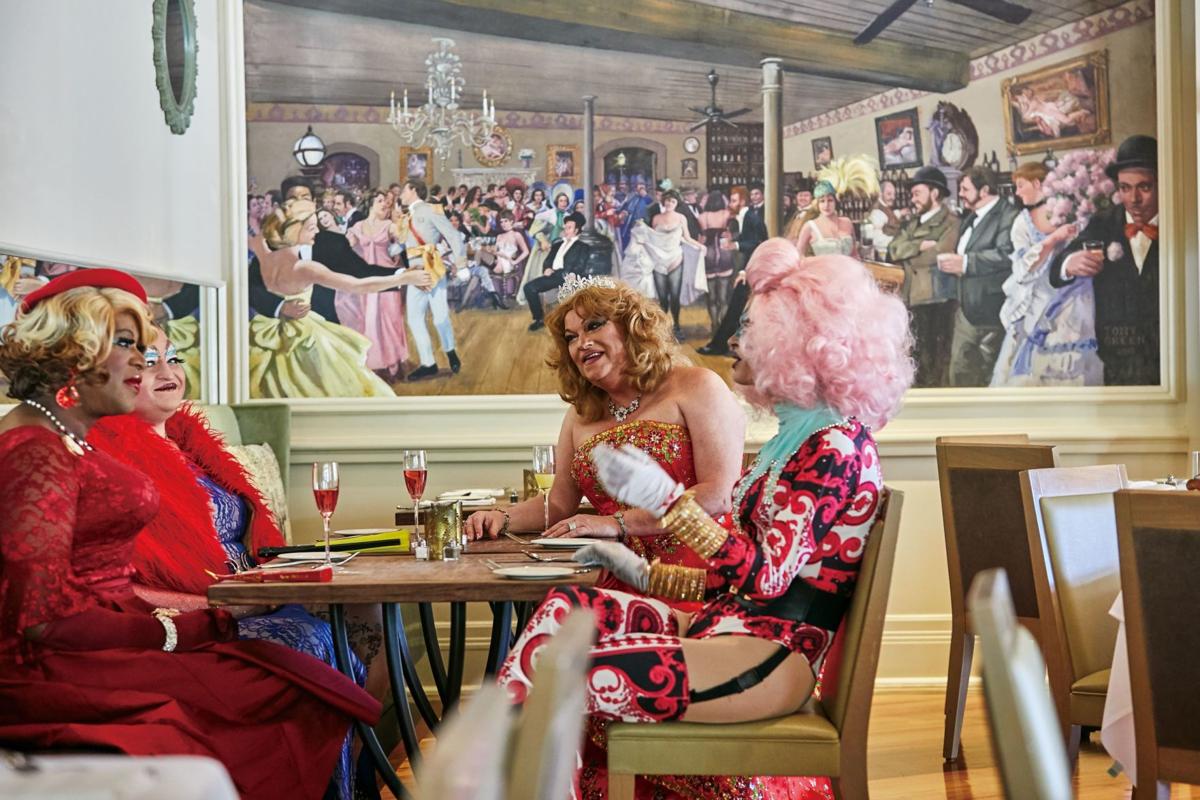 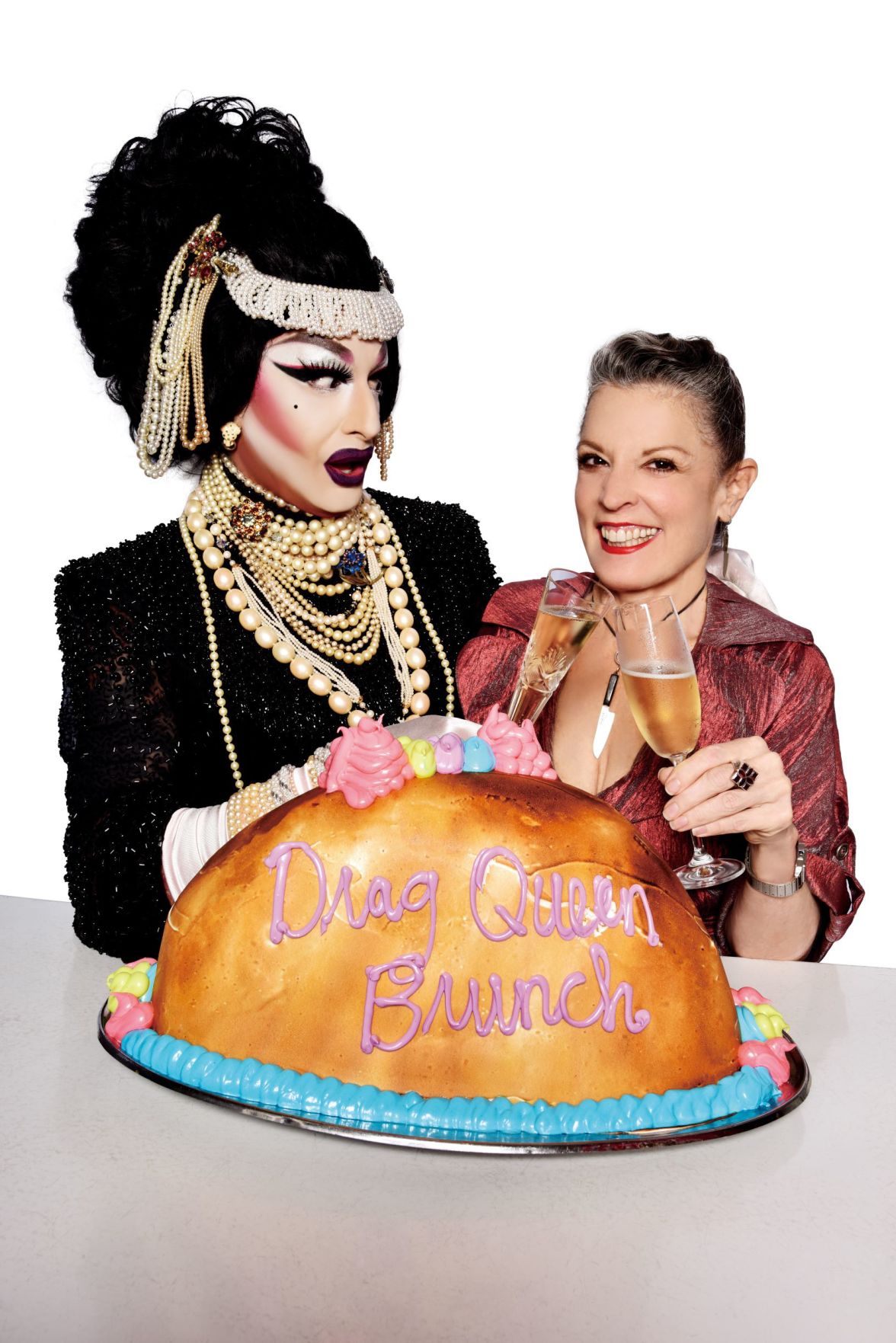 Vinsantos Defonte, Drag Mister-ess of the New Orleans Drag Workshop and the covergirl for the book, with author Poppy Tooker 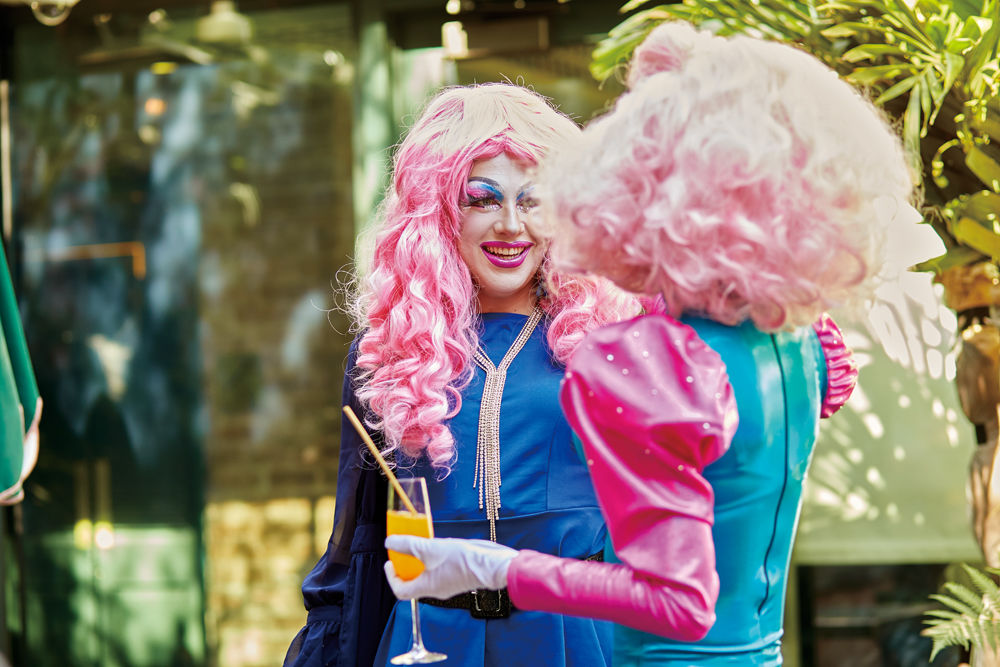 Julian Eltinge, a popular actor from the early 20th century who frequently appeared in drag under the name “Vesta Tilly,” would regularly dine at what was then known as Begue’s in the French Quarter. Eltinge’s memory lives on at Tujague’s, which now occupies the Begue building, and occasionally his ghost has been spotted at the restaurant.

After Tooker published her book Tujague’s Cookbook in 2015, she learned about Eltinge’s ghost. Inspired, she decided to host a pop-up drag brunch at Tujague’s to benefit CrescentCare, what used to be known as the NO/AIDS Task Force. Soon, she was hosting drag brunches at Tujague’s and other restaurants regularly.

“Three years ago, I made a joke about, 'oh well, that has to be the next book, The Drag Queen Brunch Book,' and people would say to me, 'Poppy, that's not really a joke. That's really a good idea,’” Tooker told Adore. Thus, Drag Queen Brunch was born.

The book, which is set to release today, is filled with stunning photographs, delicious recipes, and a vibrant history of drag in New Orleans. Tying together two New Orleans traditions, the new release also blends the historic and the contemporary with ease. It features 60 brunch recipes from landmarks like Brennan’s and Antoine’s as well as recipes from trendy new joints like MoPho and Toups South. The 16 drag queens that are profiled range from older queens who focus on glamour to newer queens who use drag as a form of political and social expression.

Tooker has been working with drag queens for decades. At the height of the AIDS crisis, in the 1980s, Tooker and her friend Joe Middleton were friends with a group of drag queens known as The Demented Women.

As they watched their friends suffer and die from the disease, Middleton, who had previously been a professional chef, became a Franciscan priest and worked at the Lazarus House, ministering to those dying of HIV/AIDS. Tooker began working with the NO/AIDS Task Force, and she and Middleton remained friends until his death three years ago. She describes him as the “co-author” of Drag Queen Brunch.

“The book is really intended to honor and remember Joe and all of our all of our drag queen friends who we lost back in the 80s, when we lost a whole generation of brilliant, talented, and wonderful people,” Tooker said. “There are many, many hands that have gone into making this book and not all of them are here on Earth.” A portion of the proceeds from the book will be donated in perpetuity to CrescentCare.

Sam Hanna, an esteemed local culinary photographer, took the photographs for the book. He previously worked with Tooker on her two most recent books: Pascal’s Manale Cookbook and Tujague’s Cookbook. In addition, Wayne Phillips of the Louisiana State Museum wrote the history of drag in New Orleans for the book.

Tooker hopes that Drag Queen Brunch will expand readers’ knowledge about drag in New Orleans. She calls the book “charmed,” as all those involved with the creation of it will benefit, from CrescentCare to the drag queens profiled in the book.

“I'm hoping it broadens horizons, opens minds, and helps make everybody understand that drag is really just about beauty and glamour and magic,” Tooker said. “I'm so wrapped up in that. It's a charming tradition as old as the hills in New Orleans.”

Celebrate Tooker's latest book with the author herself this Friday at Brennan's.