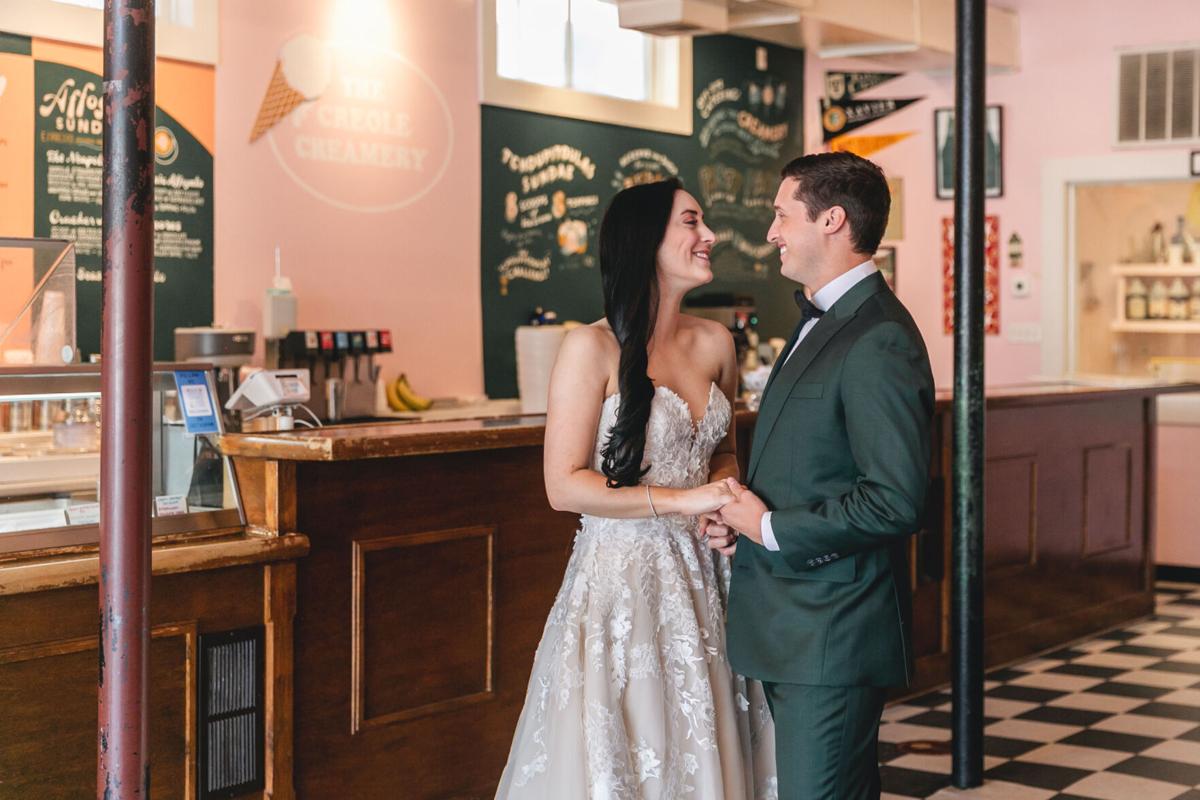 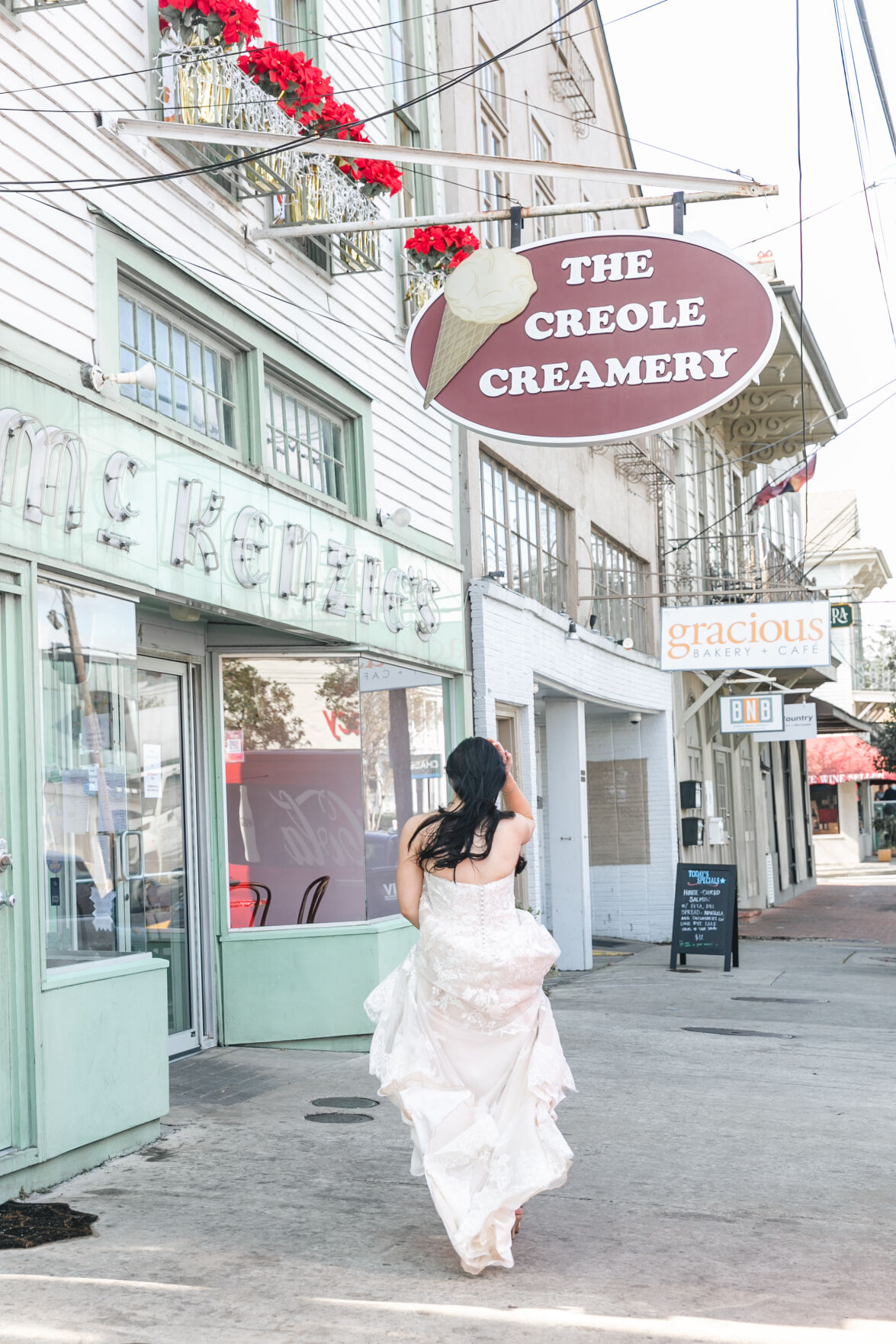 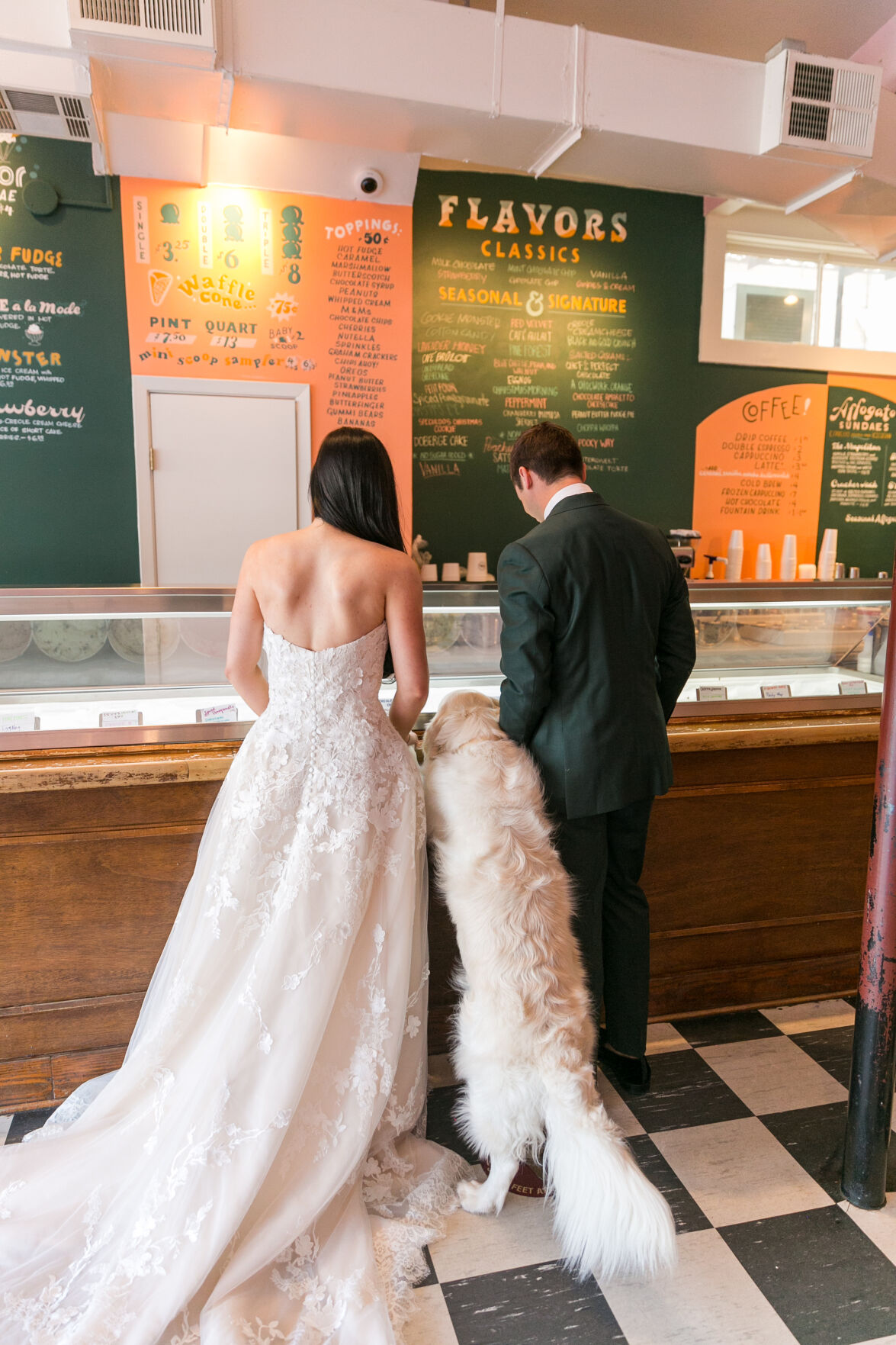 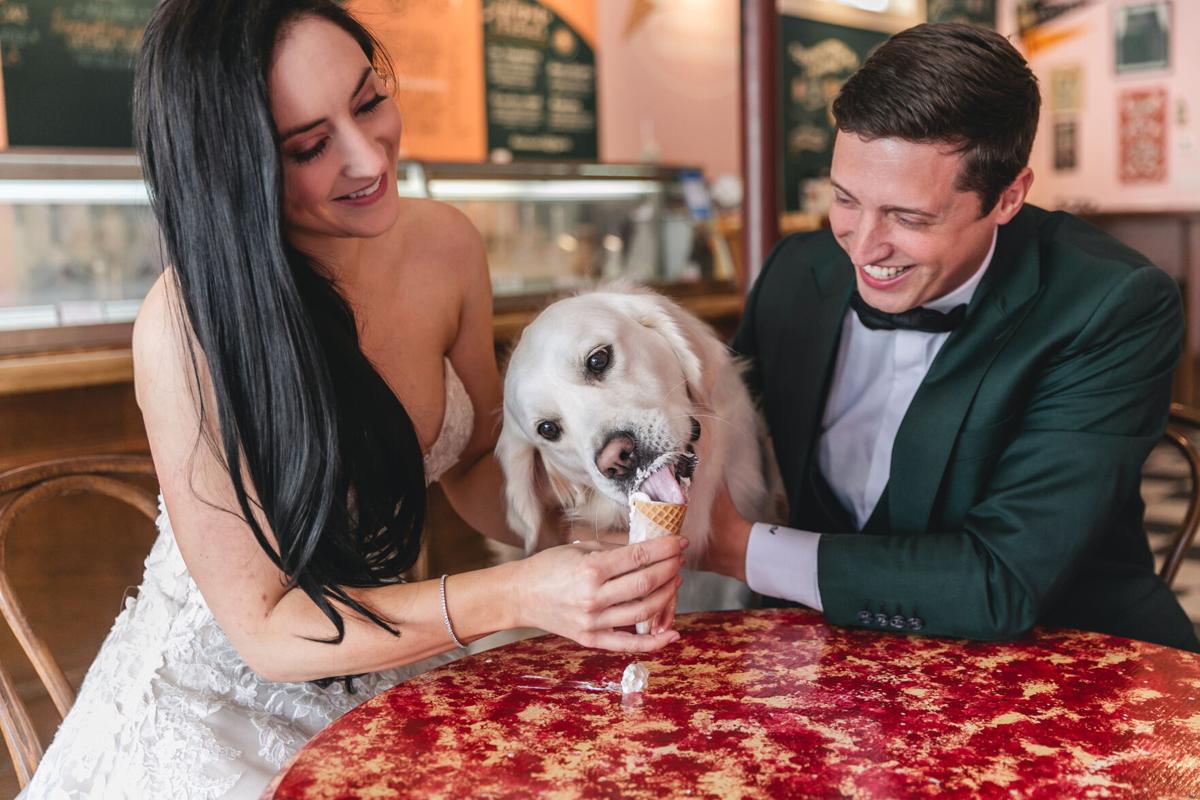 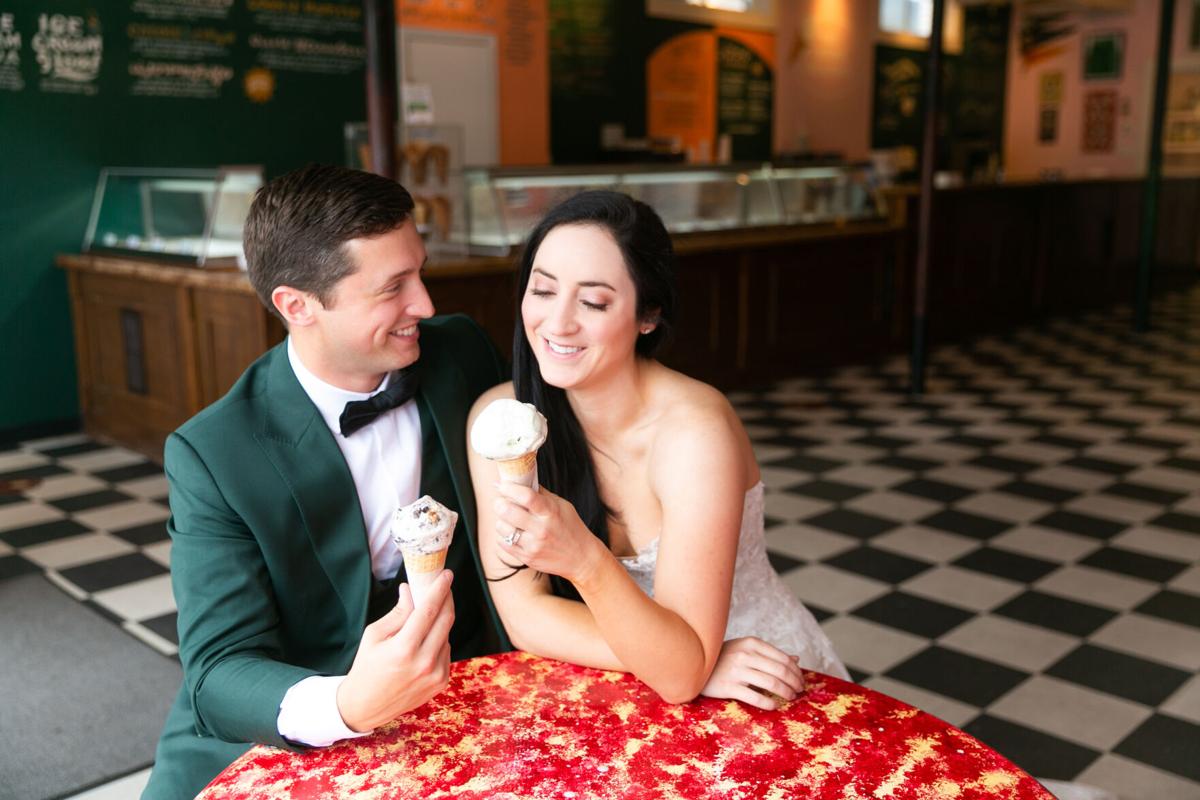 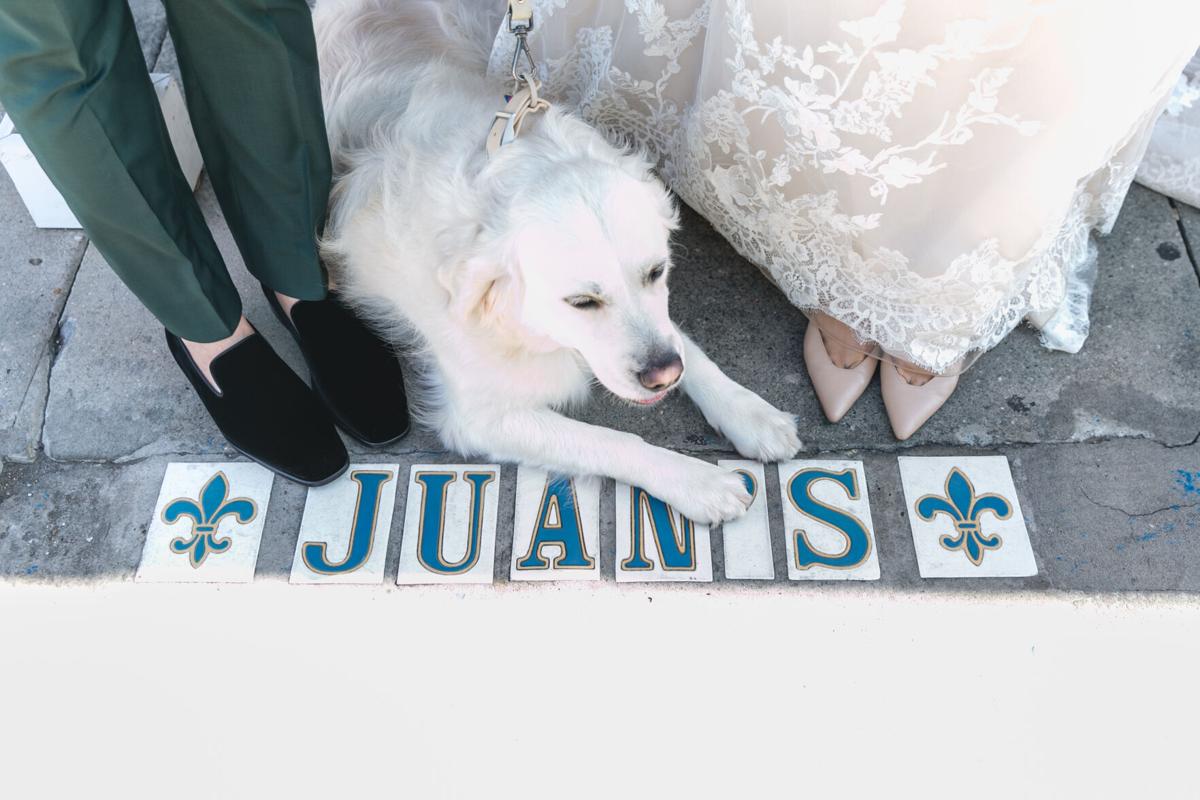 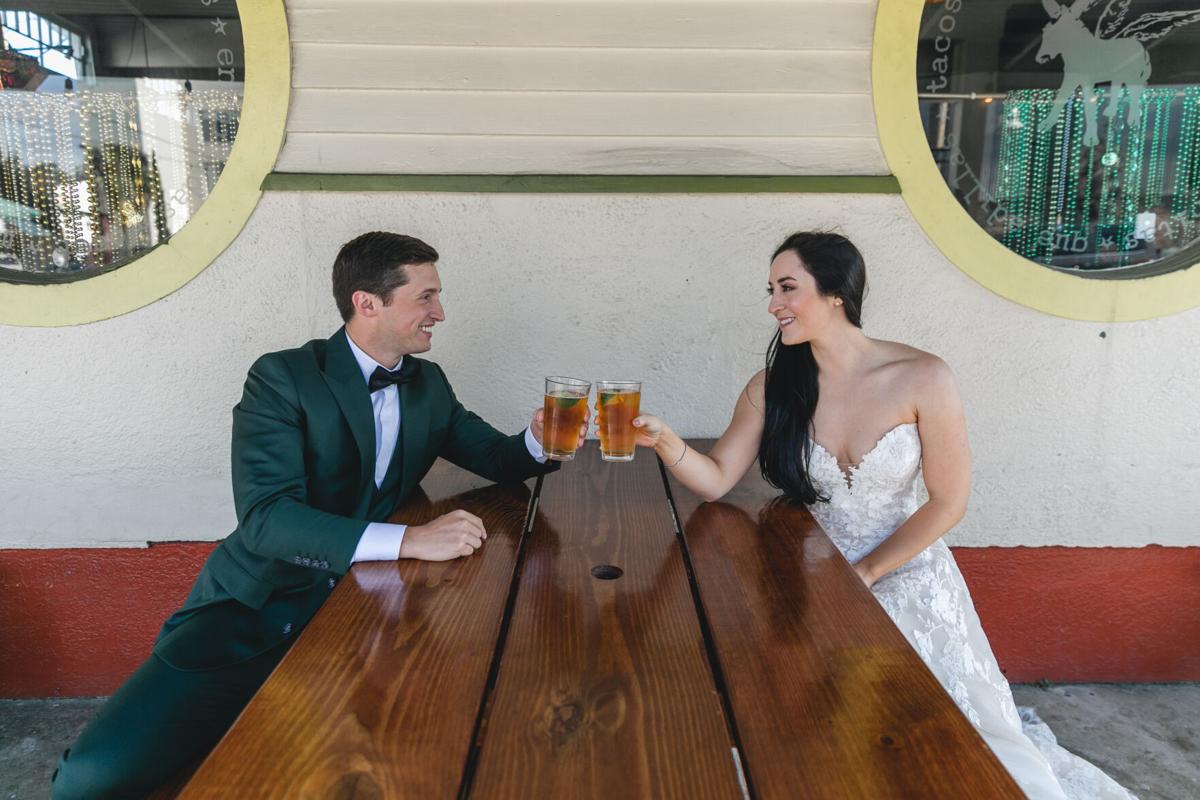 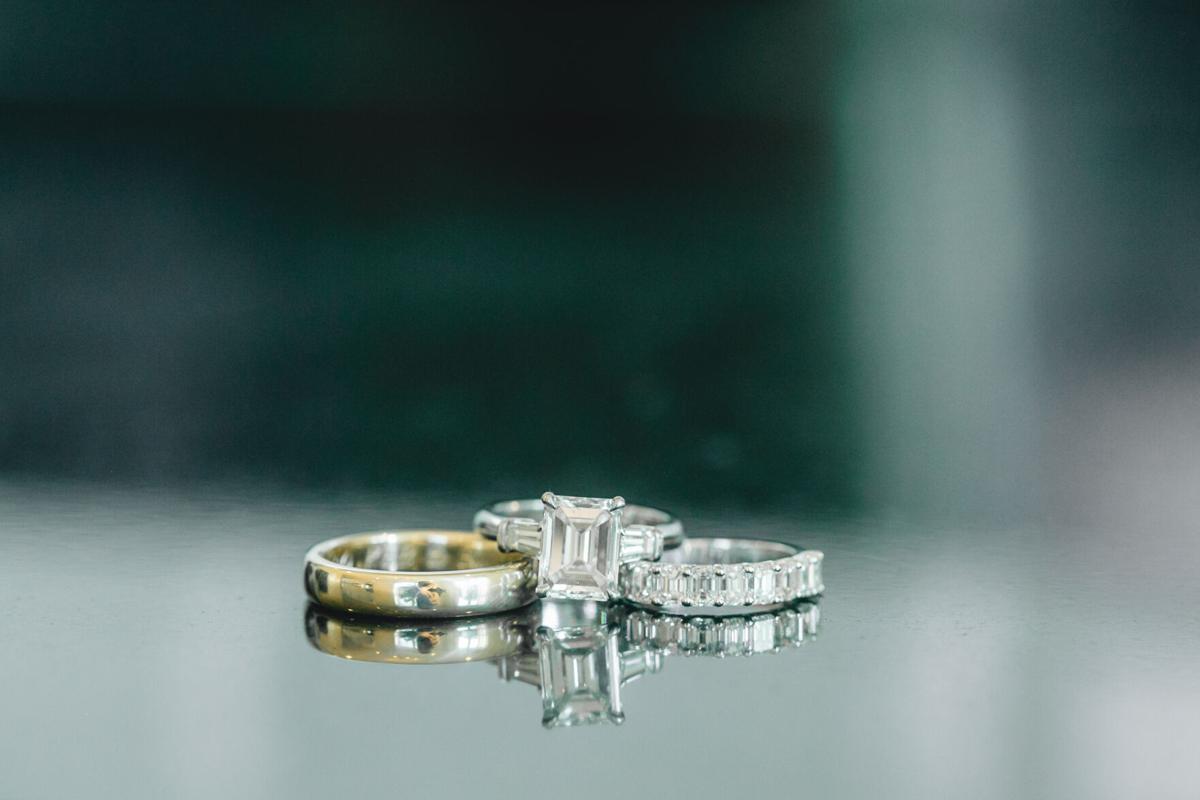 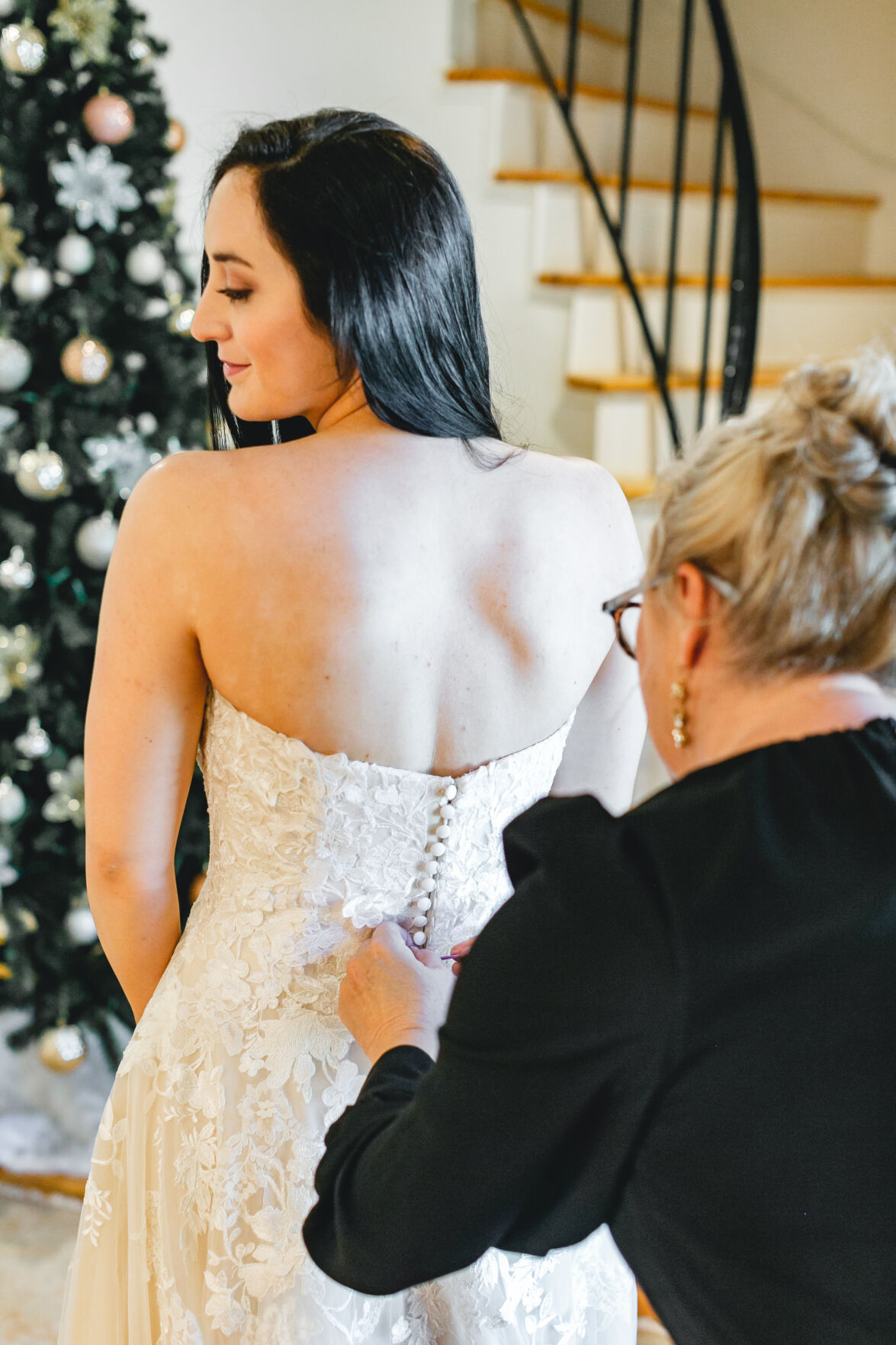 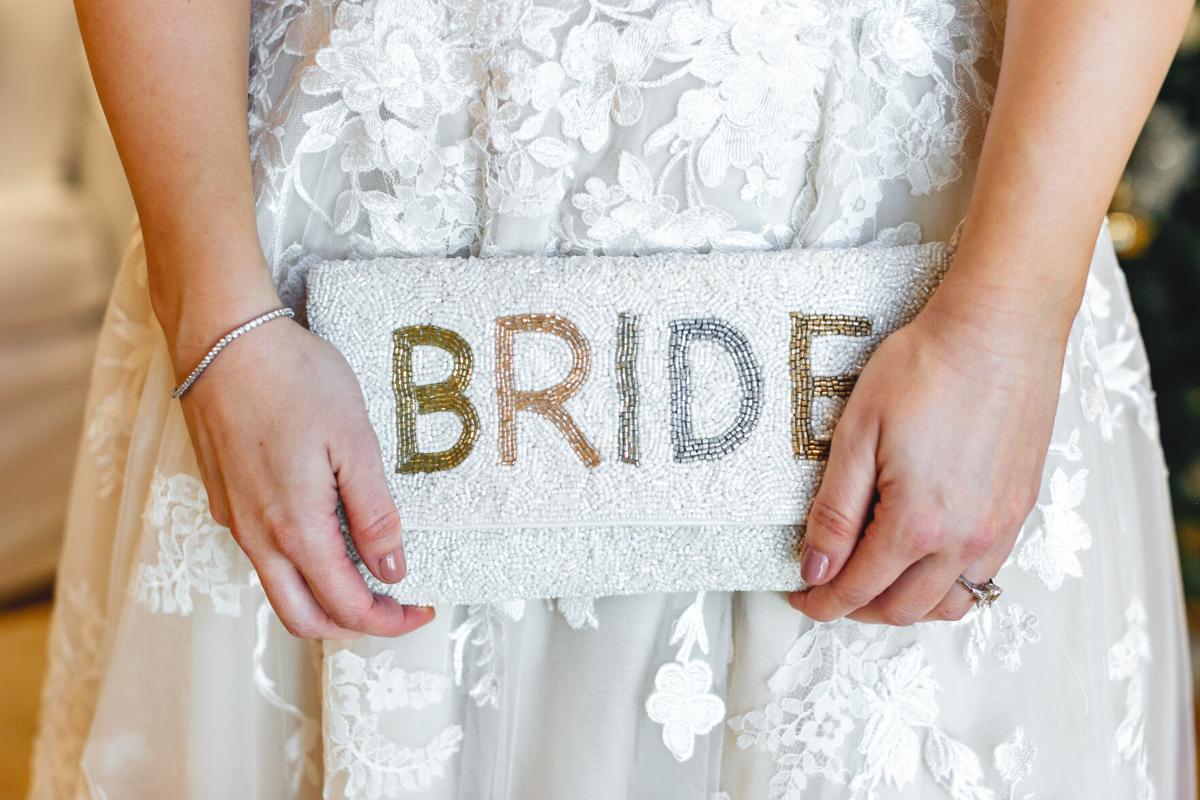 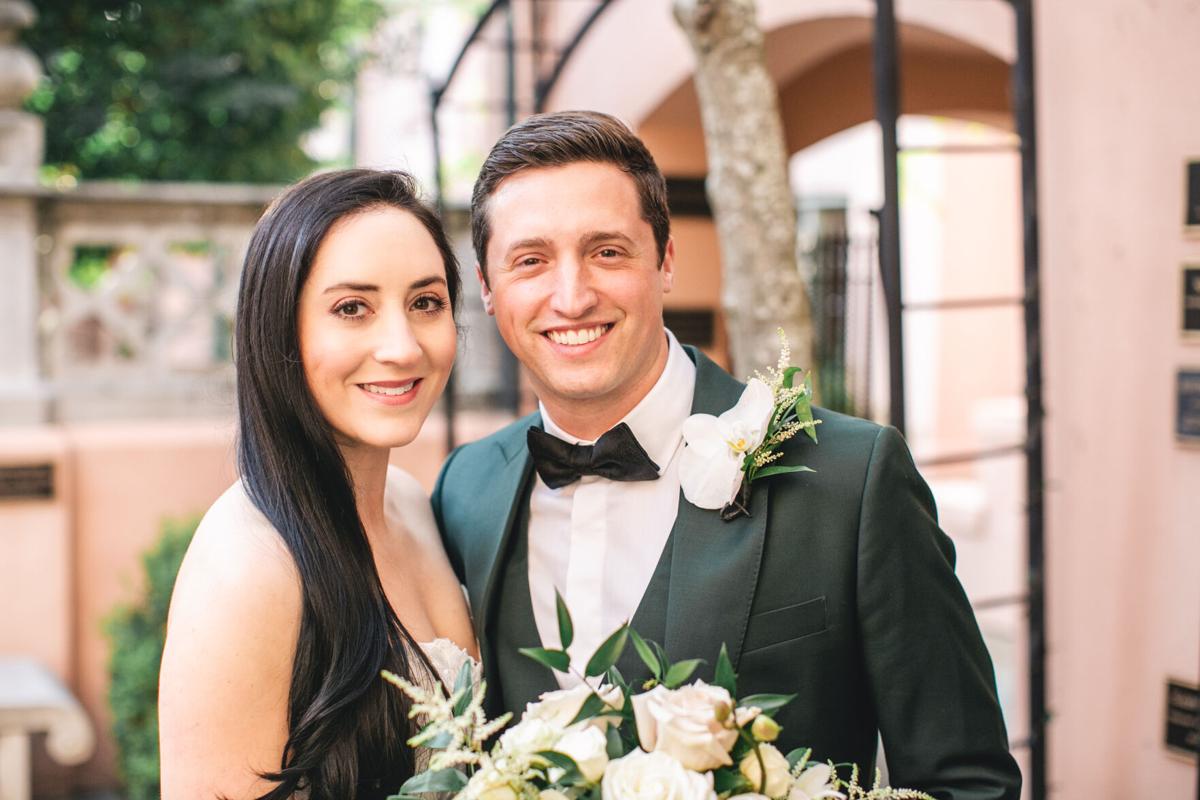 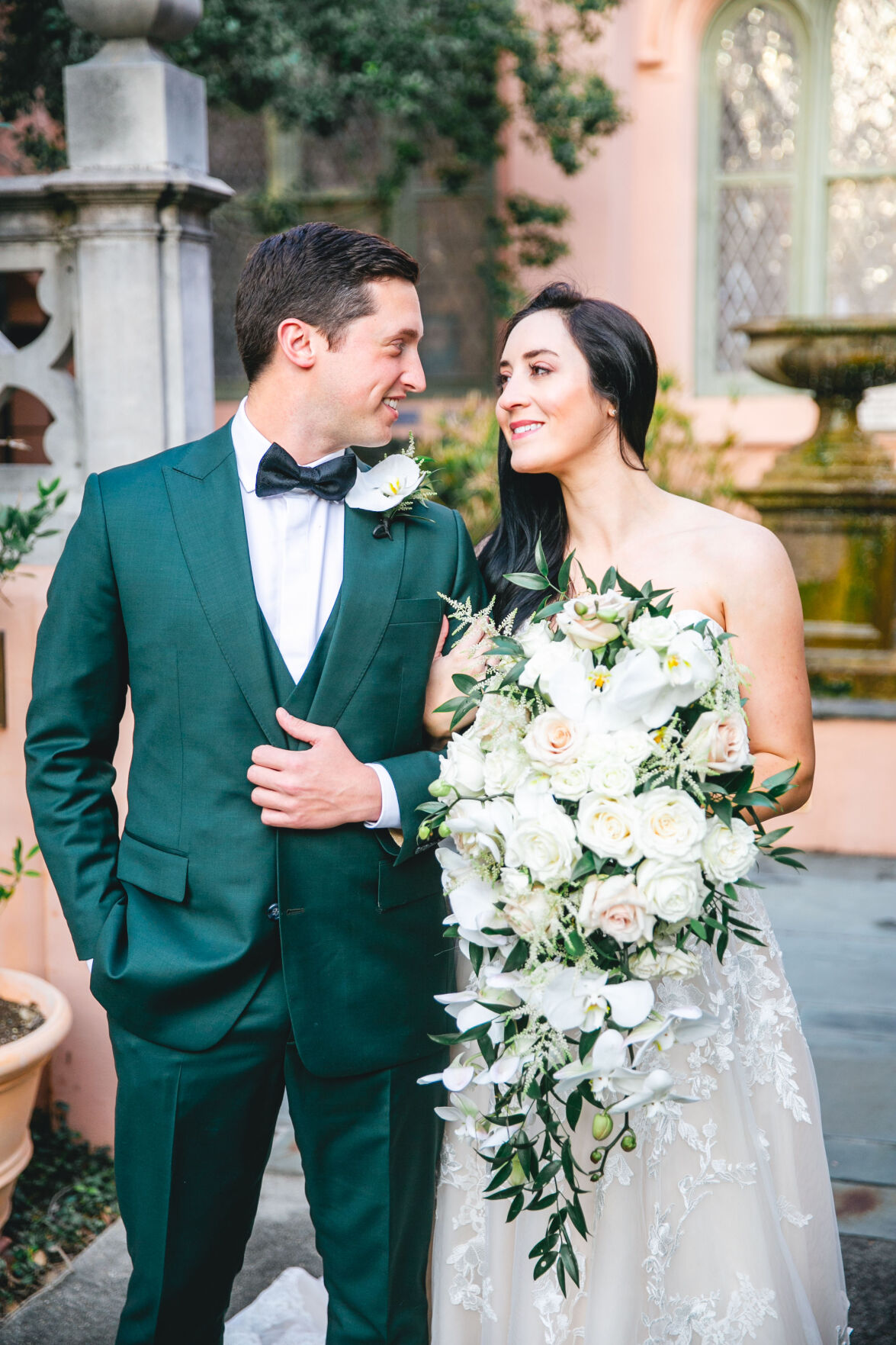 The original plan for Kat Saussy and Jed Antoun was a ceremony and dinner at Dickie Brennan's Steakhouse for immediate family only, followed by a honeymoon in New Zealand and a large celebration on New Year's Eve upon their return. Due to Covid and as a physician in the community, she explains, "Jed and I wanted to lead by example, putting the safety of our family and friends first. So we moved the honeymoon and party to 2021 and kept our intimate wedding plans in place. We'd already dated for over six years, so for us the most important thing was the marriage. All the rest is just icing on the cake."

On December 4, Kat dressed in her stunning gown by designer Pronovias and Jed donned his custom suit from Luca Falcone, and they proceeded to spend the early part of the day with their favorite pet person, Habibi, at spots the three of them regularly frequent. Creole Creamery hosted them alone before opening hours, and they lunched outside at Juan's Flying Burrito. "It just felt so us." Later, they joined their parents, siblings, one aunt, and a grandmother at Trinity Episcopal Church where Father John Pitzer kindly allowed them to read the vows they'd each written before the formal vows were exchanged. Their motto "through thick and thick" popped up in both of their writings, and there wasn't a dry eye in the room.

We've learned so much from this challenging experience — to be kinder and more patient with each other. We practiced keeping the true meaning of why we were doing all of this in the forefront of our minds. This mindset further taught us humility and highlighted how blessed we truly are.

Jed's grandfather left him his wedding band which Kat melted down and redesigned. His grandparents' initials and wedding date are engraved right next to theirs. Kat's "something borrowed" were her great grandmother's rings. "We took time and pride in all the little decisions we could control," says Kat. "It was a perfectly beautiful day."

This article appeared in the Bridal 2021 Issue of Adore Magazine.