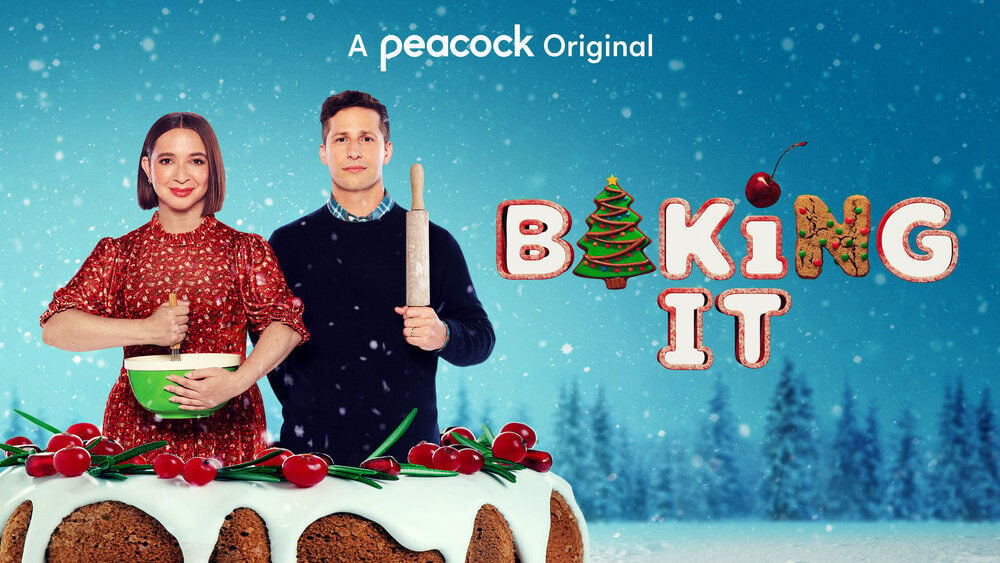 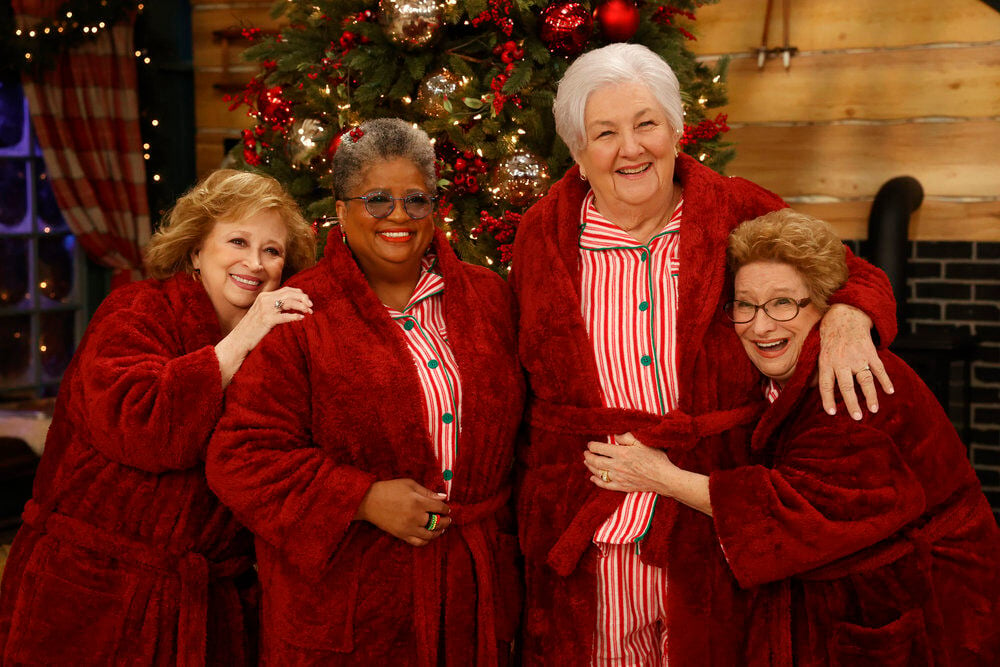 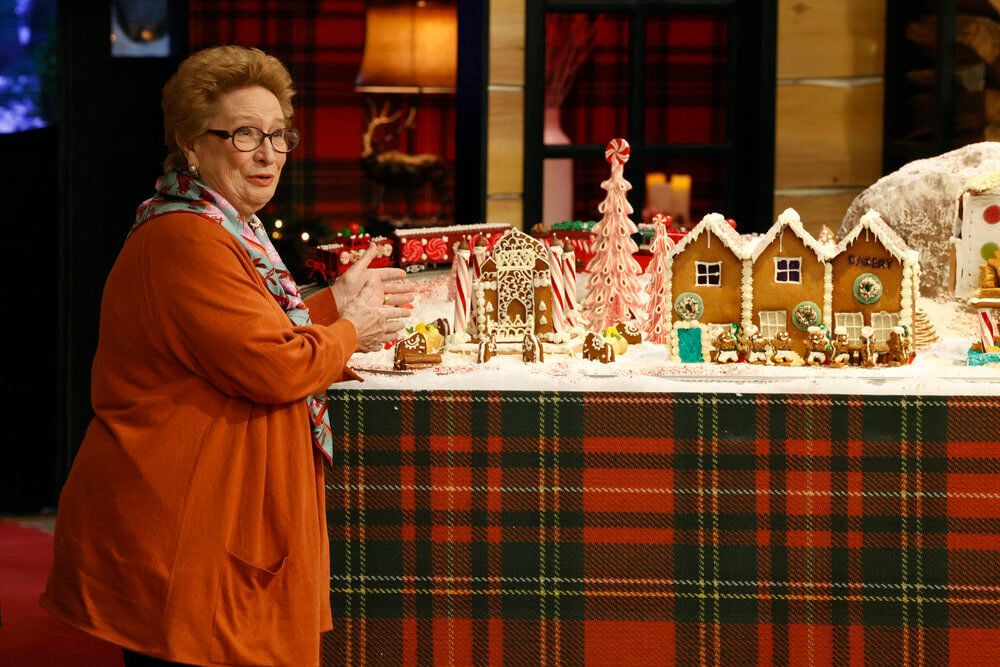 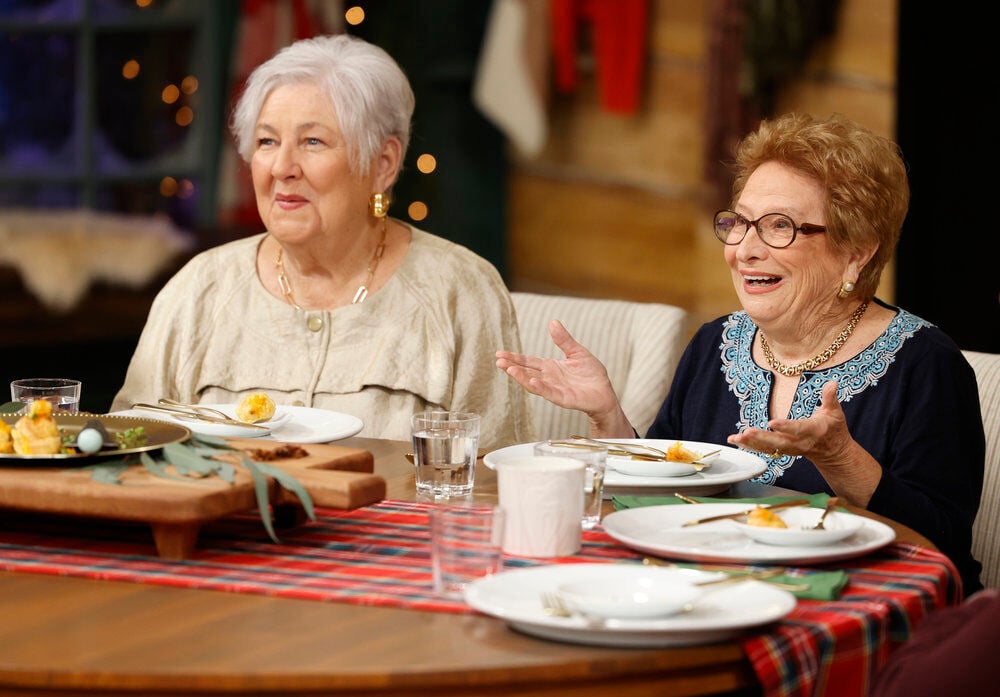 Take a break from your regular TV bingeing and add Peacock's Baking It into your queue. The six-episode holiday special is hosted by Maya Rudolph and Andy Samberg and features two New Orleans grandmothers, Harriet Robin a.k.a Nana and Sheldon "Anne" Leonhard a.k.a Grandma, as judges. All of the episodes will be available to watch on Thursday, December 2.

Baking It is a competition among eight talented teams of two home bakers hoping to win a cash prize with their delectable savory and sweet creations. There are multiple bakes within an episode including a holiday pie bake and a naughty or nice bake, and a team will be voted off each episode until the finale. The groups are judged by four real-life grandmas – all who happen to be amazing bakers – including Anne and Harriet, two cooking instructors at the New Orleans School of Cooking.

The two have known each other since 1950 but became best friends about a decade ago when they began teaching together. While they are used to giving critiques at work to their students, being judges on Baking It was a much scarier experience. "We took our jobs very seriously because so much was on the line for the contestants," they told Adore. "It was such a learning experience – the talents of the contestants were overwhelming and inspiring."

When it comes to holiday desserts, Robin enjoys a Yule Log from Maurice’s Bakery while Anne prefers fruitcake. They both avoid pumpkin and sweet potato pies during the season.

Filming took place in Burbank, California and the duo said they were treated like queens, fed like queens, and watched over like they were royalty. Anne and Harriet loved participating as judges on Baking It, calling it an experience of a lifetime. "We were blown away by the entire experience: the professionalism of the entire crew from the lonely little young people who stood in place totally silent, to the runners, to the actors, and lastly the producers. It was the most memorable experience of our lives (which by the way, we'd love to do again!) As the song goes - Thanks for the memories…"

Stream the six episodes of Baking It on Thursday, December 2 on Peacock.